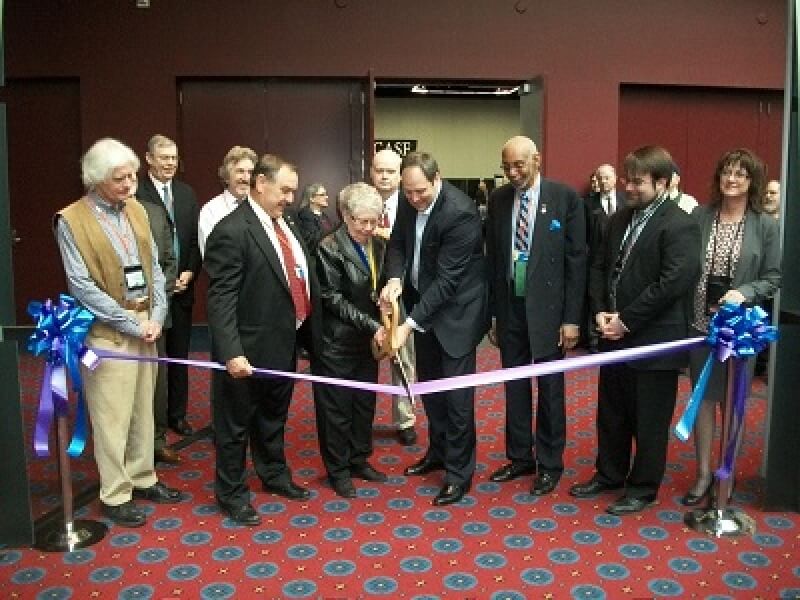 12 Mar 2015
The American Numismatic Association (ANA) National Money Show (NMS) held at the Oregon Convention Center on March 5-7, 2015 was a very successful coin convention.  This was the 113th Convention held by the ANA and seventh held in Portland.  Attendance at the show was steady for the three day event.  Our personal thanks to ANA Convention Director, Rhonda Scurek, Executive Director Kim Kiick and all the staff for their tireless work.  Thanks also to President Walter Ostromecki Jr and the board for their work on this convention.  A HUGE thanks to General Chair Danny Bisgaard, his committee & volunteers, the hosts Pacific Northwest Numismatic Association, Willamette Coin Club and Salem Numismatic Society and the National Volunteers for their outstanding and dedicated work on this convention.  Everyone connected to setting up, during show hours and breakdown did a superb job.  We were pleased to see the ANA volunteers and local committee work well past the time the show ended and right alongside the ANA staff.
A special thanks to the exhibitors, judges, speakers, PPI Security, the numismatic press participants, Coin Television, the U. S. Mint, show sponsors & patrons, scout and kids zone activities, show program, coin club tables & meetings and medal & commemorative stamp designers. Thanks to StacksBowers (stacksbowers.com) for holding a successful official ANA auction at the convention and supporting the ANA.  The ANA owes a debt of gratitude to the over 400 dealers who had tables or purchased early bird badges.
The museum showcase had many outstanding coin and currency items displayed such as the rare 1933 $10 Eagle, The Brasher Doubloon, Rare Alexander the Great coins and a great selection of Bebee collection notes, featuring a $50 1891 Treasury note with Serial #B1 (plate note in the Friedberg Paper Money of the U. S. reference).  Once again the ANA had an Appraisal area of experts that visitors could go to and get an evaluation on their numismatic items.  The area was kept busy with visitors who wanted an evaluation on their numismatic items.
Thanks again to everyone who assisted and helped at this convention. Make sure you visit www.money.org  and Facebook to see the videos and many pictures taken at the convention by Kurt Bellman, the Wilsons and ANA staff.  We look forward to the ANA World's Fair of Money (WFOM) to be held in Rosemont, IL on August 11-15, 2015.
Tags
Categories
Archive
Share this on:

Yea! Nice, Everybody there injoy self.