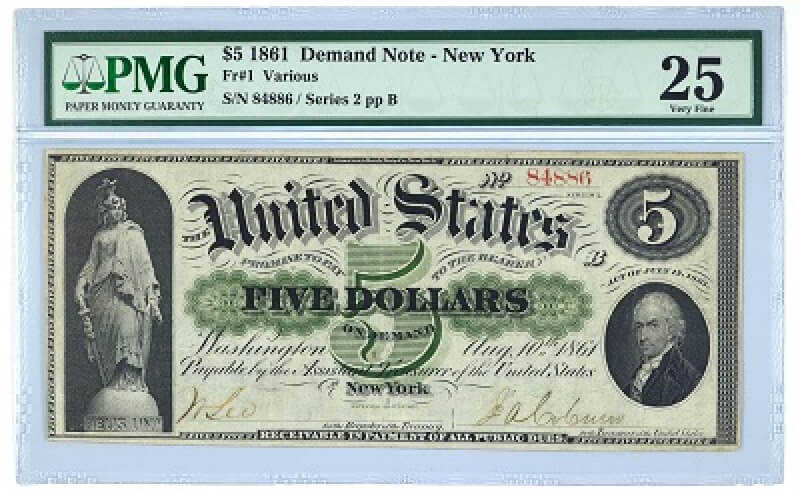 SARASOTA, Fla. (March 2, 2015) - Paper Money Guaranty® (PMG® ), the official paper money grading service of the American Numismatic Association (ANA), has graded 28 additional notes from the acclaimed ANA Bebee Collection of Paper Money. This continues PMG’s certification of the ANA Bebee Collection, a collaboration between PMG and the ANA that was initiated in 2010.
The ANA Bebee Collection comprises 904 pieces and is widely ranked among the most comprehensive and important collections of US paper money. It was donated to the ANA Edward C. Rochette Money Museum in 1987 by Aubrey and Adeline Bebee, two prominent collectors and ANA benefactors. In addition to their extraordinary paper money collection, the Bebees also donated a 1913 Liberty Head Nickel and an 1804 Dollar to the ANA.
“The Bebee notes are one of the greatest collections of paper money ever assembled, and the encapsulation of these wonderful artifacts requires the utmost care,” says Kimberly Kiick, ANA Executive Director. “We’re proud to have PMG as the ANA’s official paper grading service because of their high-quality work and excellent reputation.”
Mark Salzberg, chairman of PMG, adds: “It is a tremendous honor to have again been selected by the ANA to certify notes from the Bebee Collection. PMG’s encapsulation of these notes will protect and preserve them so that future generations of researchers can study this phenomenal collection.”
Among the highlights of the 28 ANA Bebee Collection notes recently graded by PMG is a Fr. 167a $100 Legal Tender note graded PMG About Uncirculated 55. Just over two dozen examples are known and most show evidence of extensive circulation.
Another important piece is the Fr. 192b 1864 $50 Compound Interest Treasury Note. Graded PMG Very Fine 30 Net, it is one of a mere 15 surviving examples of this interesting type. A Fr. 197a 1863 $20 Interest Bearing Note is graded PMG Very Fine 25 Net and is one of only just 25 pieces known.
Two extremely rare 1861 $20 Demand Notes, the Fr. 11 New York issue and the Fr. 12 Philadelphia issue, are also significant. Both are graded PMG Very Fine 25 Net.
“These notes were part of the Money Museum’s long-running exhibit, ‘A House Divided: Money of the Civil War,’ which explored the many ways in which money and numismatics impacted the outcome of America’s bloodiest war,” says Douglas Mudd, curator and director of the Edward C. Rochette Money Museum. “The Bebee notes are an invaluable resource for education, and having them encapsulated by PMG will help ensure that the stories these great notes tell will be around for many years to come.”
To view the ANA’s virtual exhibit of the ANA Bebee Collection, visit ana-museum.org.
About Paper Money Guaranty® (PMG® ) Founded in 2005, PMG is the world’s most comprehensive third-party paper money grading and encapsulation service. PMG has established the industry’s highest standards of integrity, and the company’s dedication to consistent and accurate grading has helped PMG become the world’s largest, most trusted note grading service. To learn more, visit PMGnotes.com or call 877-PMG-5570.
Tags
Categories
Archive
Share this on: 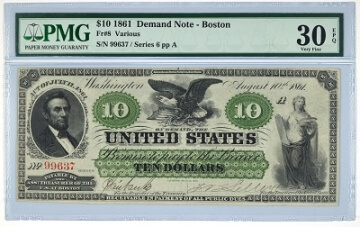 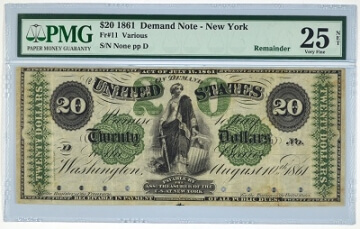