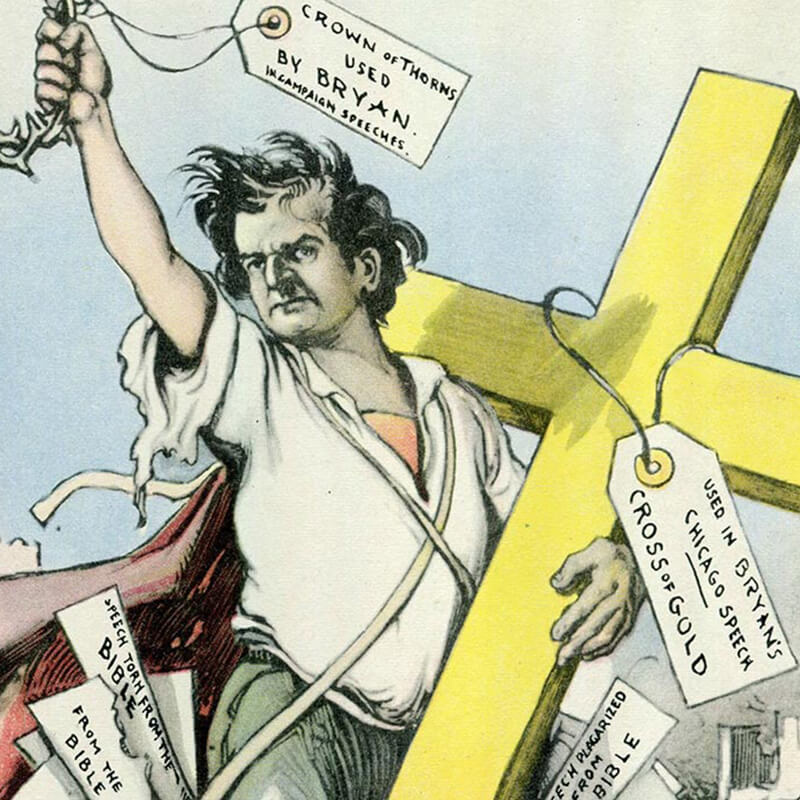 “You shall not crucify mankind upon a cross of gold.” – William Jennings Bryan, July 9, 1896

Money has been used as political propaganda since ancient times. A famous American example is “Bryan Money,” a series of numismatic pieces critical of William Jennings Bryan and the “Free Silver” Democratic Party. These pieces highlight the fascinating issues and politics of our country’s Progressive Era.

William Jennings Bryan (1860-1925) was one of the most influential politicians of the late-19th and early 20th centuries. Born and raised in Illinois, he moved to Lincoln, Nebraska in 1887 to practice law. He became known for his oratorical skills, campaigning for many Democratic candidates and successfully running for the U.S. House of Representatives in 1890. 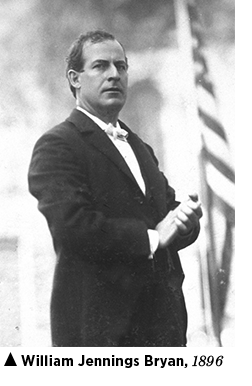 After unsuccessfully running for U.S. senate in 1894, Bryan became an advocate of Free Silver, which called for the free coinage of silver and movement away from a strict gold standard established by the Coinage Act of 1873, which many blamed for the Panic of 1893. At the 1896 Democratic National Convention in Chicago, he delivered his “Cross of Gold” speech, considered one of the greatest speeches in American history. The following day, Bryan became the youngest major party nominee for President.

Free Silver became a central issue of the 1896 and 1900 presidential campaigns, both ending in Bryan’s defeat. Republican nominee William McKinley favored a strict gold standard or the nation’s money supply, and was supported by the urban north and west coast. Bryan campaigned on a bimetallic standard with a fixed silver to gold coin ratio of 16 to 1 and gathered support from the rural south and west (“Silverites” noted that the silver dollars of 1794-1804 proved the founding fathers wanted silver as a unit of measure). McKinley’s campaigns had success portraying Bryan’s ideas as uneducated and fanatical through speeches, cartoons, and numismatic objects.

Bryan Money has two classifications: comparative and satirical. Comparative pieces were struck in coin silver and are high in quality. These large, text-heavy pieces are straight-forward in their mockery of Free Silver, illustrating and describing the size of a silver dollar under the Silverites’ 16 to 1 proposal. Some feature a reverse showing the much smaller size of contemporary Morgan dollars. One rare example even has an 1853 gold dollar inserted in the piece, displaying the common sense of gold.

Satirical pieces were generally cast in base metal or counter-stamped on foreign coins, with comical or insulting phrases including “In God We Trust, In Bryan We Bust,” “United Snakes of America,” and “16 to 1 NIT” (Not In Trust). Some are simple and crude, while others are well-made and creative, featuring donkey-headed geese, replica Morgan dollar designs, and comical depictions of Bryan. Pins, buttons, paper, and pro-silver pieces were also produced.

Any motivated person with a political opinion made Bryan Money. Comparative pieces were mainly produced by skilled silversmiths, blacksmiths and jewelers in the northeast. Satirical money was made by tool makers, foundry workers, dentists and other resourceful people. Some pieces were mass-produced and sold for profit.

Bryan was the Democratic presidential nominee once more in 1908, losing decisively to William H. Taft. In 1912 he was appointed Secretary of State by Woodrow Wilson, but stepped down in 1915 over neutrality in World War I. In his later years Bryan focused on limiting the teaching of evolution, becoming a prominent religious figure. This activism famously culminated in the Scopes Trial of 1925, involving the illegal teaching of evolution in Tennessee. Although successful in leading the prosecution, it proved a Pyrrhic victory. He died five days later.

A catalog of Bryan Money by Farran Zerbe was published in the July 1926 issue of The Numismatist. He writes: "Bryan Money is unique as a series. The monetary-political issue, conditions and temperament of  the time, and the tolerance of disregard for the letter of the law, all being in favorable conjunction, made possible what never before or may never again occur - such a large and interesting variety of grotesque political satires in metal." 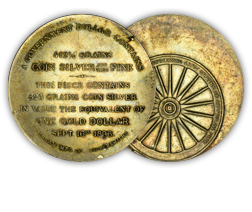 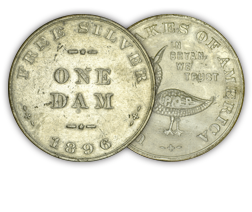 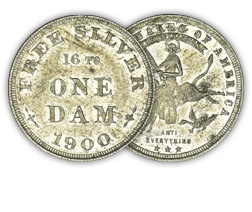 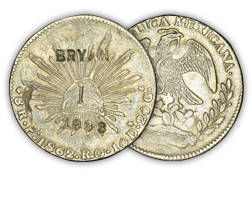 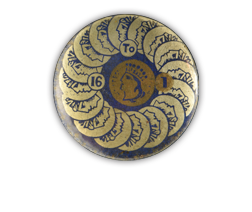 I like in Bryan we trust !! I have not herd about it but we lean from blogs. Epically done by you. It's been a while. But I enjoy them. We learning them. Thaks!!.

Very cool. I have never heard of Bryan Money before. I love these "Tales From the Vault". Keep them coming. Thanks.

Really interesting historical blog! I had never heard of "Bryan Money" before. Thanks for the post! ; )