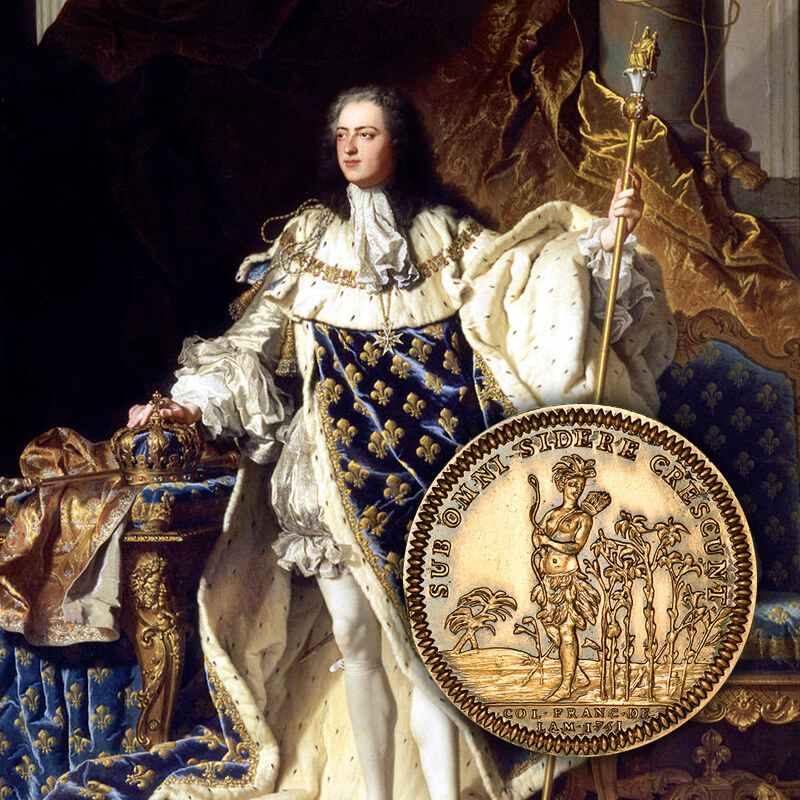 A little-known series of interesting tokens known as Franco-American jetons were struck in France to celebrate its North American colonies during their twilight years. The ANA is fortunate to have a small number of these tokens struck by Monnaie de Paris. They were most likely minted during the 20th century using original dies (or perhaps modern copies of the originals). 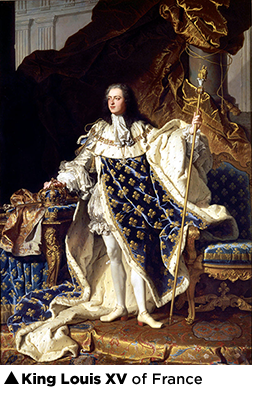 A jeton is a type of token originally used as a piece on a counting board. There boards were used in Europe as accounting tools, much like an abacus was used in China, Japan and other parts of Asia. They can be likened to a modern calculator, as they were used in households and businesses to perform mathematical functions, including addition, subtraction, multiplication and division.

In the 13th century, jetons were struck in metal for use on the boards. By the 16th century, counting boards (often in the form of small tables with lines carved or painted onto the surface) were common items found in middle-income households. At this time, Europeans began to replace the old Roman numeral system and its complicated functions with Arabic numerals, which employed the use of the number zero, resulting in a simplification of calculations. By the beginning of the 19th century, counting boards had fallen out of use and had disappeared from households.

Jetons developed from base-metal imitations of current coinage into tokens with designs highlighting attractive and interesting subjects, and graduated from purely functional objects to displays of taste, wealth, and political and religious affiliation. Their art and variety was especially well-developed in France, Germany, the Low Countries, Spain and Italy, with specialty sets in silver and gold for the aristocracy and royal families.

In late 16th century France, the royal bureaucracy began producing jeton sets as gifts or marks of favor. They were distributed to successful or retiring government officials. In most cases, these sets featured the head of the current king on the obverse and a wide array of subjects on the reverse, illustrating themes that reflected the aims of government. Gold sets were reserved for the king, with silver for lower-ranking individuals and brass, copper and base metal for sets sold to the general public. During the late 17th century, Louis XIV employed first-rate engravers to produce the royal jetons.

By the 1740s, Louis XV was especially interested in developing and expanding French colonial holdings, especially in North America. A new Department of the Colonies was created in 1750 iissued tokens celebrating the North American colonies. The goal was to raise money and encourage emigration by popularizing the settlements among the French public. To ensure their quality and appeal, the pieces were designed by talented engravers including Jean Duvivier, Joseph-Charles Roettiers and François Marteau. 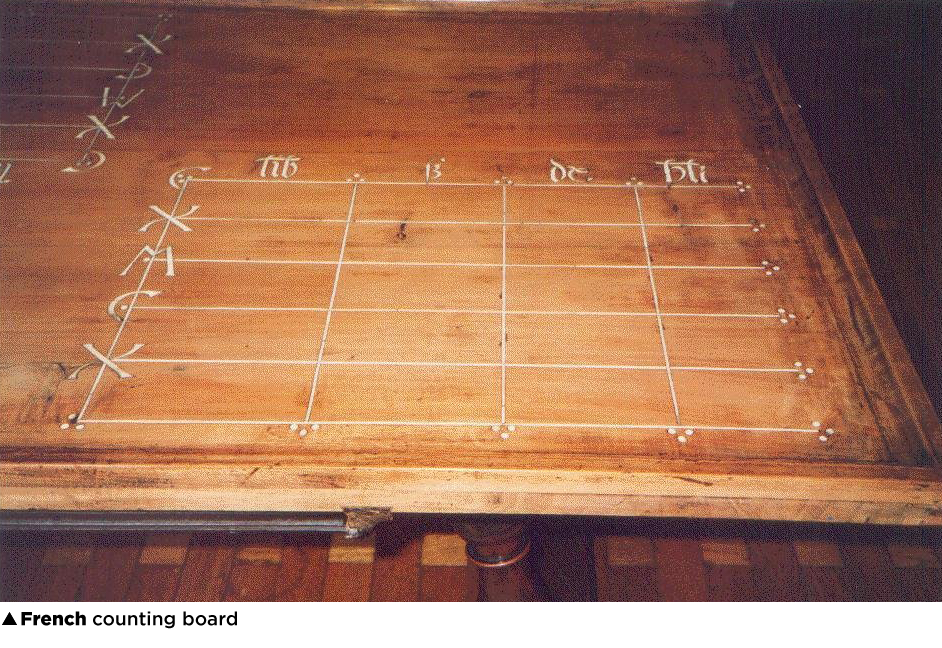 The first Franco-American jetons produced by the new department were released in 1751. The obverse features Louis XV, and the reverse shows a topless Indian woman – a common European allegory for North America – standing by a river, with or without an alligator. The legend SUBOMNI SIDERE CRESCUNT (“They Grow Under Every Constellation”) refers to the spread of the French colonies across North America. Issues for the next six years ceased due to the Seven Years’ War (French and Indian War in North America), which ultimately resulted in the loss of the French colonies on the continent. As was common with other French tokens of the time, the pieces were almost immediately restruck, often by pairing the reverse dies with different obverse designs, thus creating a multiplicity of types stemming from the core series.

The ANA set of restrikes consists of 16 pieces—8 in silver-gilt white metal and 8 in brass—with 9 design combinations (mostly represented in identical silvered and brass specimens). They appear to date to the mid-20th century and perhaps are related to the U.S. bicentennial issues produced by Monnaie de Paris in the mid-1970s. The pieces were donated to the Money Museum in 1978.

Jetons provide a French perspective on its colonial experience in North America just before its holdings were lost to Great Britain with the Treaty of Paris in 1763. Learn more by clicking the images below. 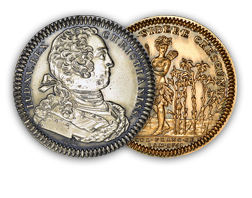 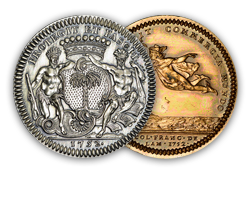 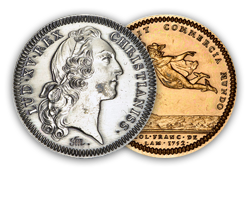 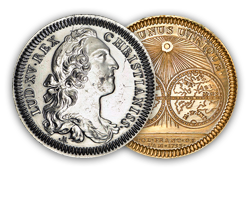 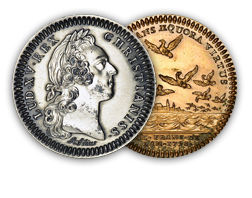 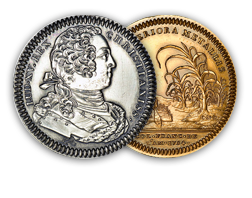 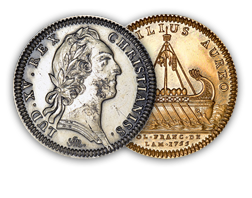 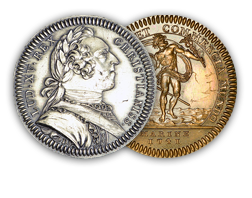