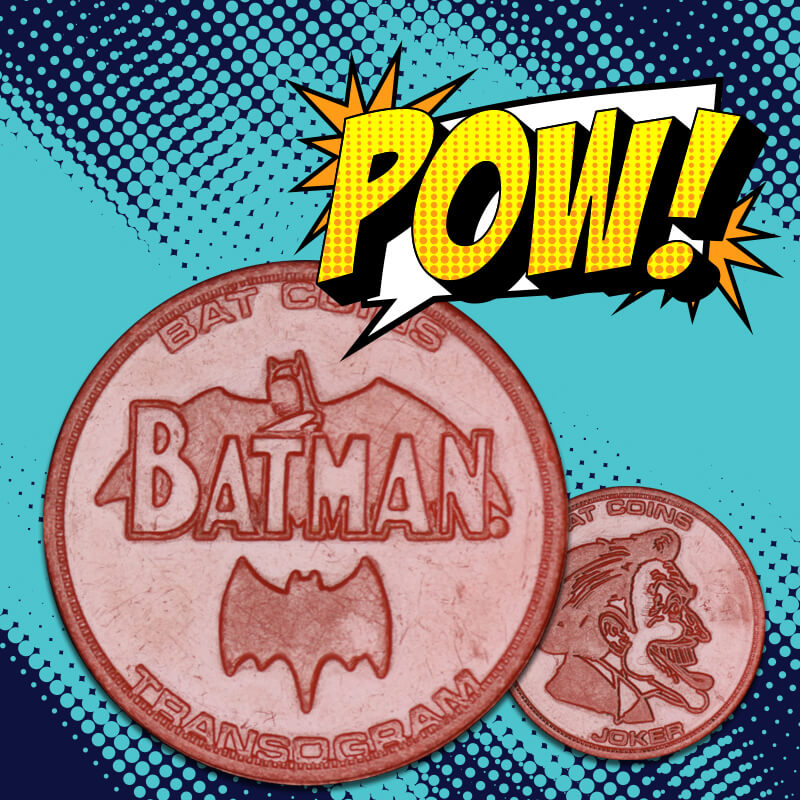 19 Feb 2021
A “Play Money” collection details a fun, ongoing series for young and young at heart

In 2018, the Edward C. Rochette Money Museum received a substantial donation of “Play Money” – play coins used by children for entertainment and education. The donor was Richard Clothier, who wrote the authoritative reference on the series, Play Money of American Children. More than 1,000 objects chronicle this interesting category of exonumia.
The first written organization of play money was Glenn Mooney’s “A Serious Look at Play Money,” published in the March 1969 issue of The Numismatist. The article includes adult-intended objects like jetons, counters, love tokens, and admission tickets. Clothier’s 1985 reference limits the scope to coin issues intended for children. Early American play money’s inexpensive material and production made use by adults in gambling and games unlikely. The author also lists issues of paper play money (Monopoly, Howdy Doody Money, etc.). 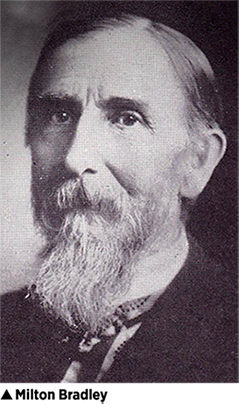 In the U.S., play money was pioneered by Milton Bradley Co, which began issuing cardboard play coins around 1880. Bradley (1836-1911) was a supporter of the kindergarten movement, and despite objection from his investors, produced educational material that was given away to educators of young children. These issues were cardboard coins and paper money, often including the words “MILTON BRADLEY CO.” One group likely produced by Bradley featured almost exact imitations of pre-1900 U.S. coins and notes; the paper money was eventually required to be enlarged and marked “Educational” by the government. Milton Bradley Co. ceased production of cardboard coins around 1950.
With a lack of real money during the Great Depression, board games like Monopoly and The Game of Life provided finance-based entertainment to young and old. For children growing up in poverty, having “money” in hand was exciting, and toy money flourished. Clothier tells the story of German immigrant artist Franz Eue, noted in his homeland as a military-themed medal designer. After moving to the U.S., he created some of the finest play money designs of this era, notable for depictions of U.S. Presidents and movie stars. Coins of this era used materials like metal and plastic.
Play money is often educational, and always fun. It is used to promote a wide range of goods, including candy, Cracker Jack, cereal, bubble gum, popsicles, fast food and clothing. Many of these coins feature educational subjects like Presidents, pirates, historical events, dinosaurs and world architecture. In the Cracker Jack series of the mid-1930s, children who collected three presidential-themed coins could mail them and receive 10 different coins and other trinkets. Armour released plastic coins around 1960 featuring star baseball players to promote its hot dogs. When the TV show Batman was popular in 1966, a plastic 20-coin set was released.
Play money is not an American phenomenon. In Mooney’s 1969 article, he tells the story of the Lauer firm in Nuremberg, around 1850. A French dollmaker was looking for a gimmick to increase sales, and decided to give each doll a purse containing miniature coins of whatever country the dolls were sold. Lauer was awarded the contract to make these trinkets, and produced tiny coins for several countries.
Today, play coins and paper money are released across the globe as educational resources, in restaurant and food promotions, with action figures, in board games, and as chocolate or candy coins. Their fun subjects, flashy designs and affordability make them attractive collectibles for people of all ages.
View examples by clicking the images below. 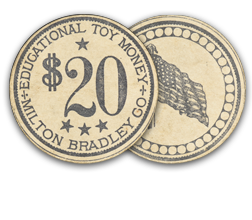 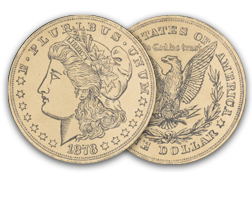 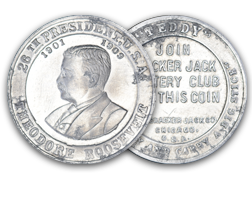 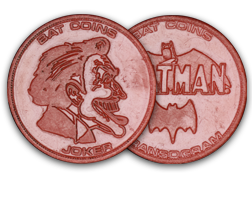 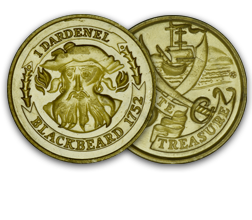 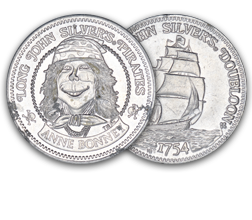 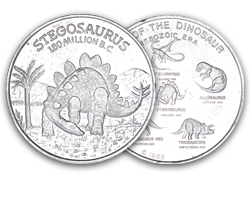 I am with Kepi! Monopoly was my first fake money experience as well... Thanks for sharing, and giving us some of your knowledge.

Excellent blog and brings back wonderful memories of being a kid in the early 60s! Thanks!

That article was super interesting.

Nice blog! I think Monopoly was my first experience with "play money". Thanks for your research!

Nicely done. I have missed these blogs. Same with Through Back Thursday's. Thanks.

Thanks for the informational post! Recalling past memories, playing Monoply was my first encounter with play money as a child. I was unaware of the European play money. Thanks again for posting.

I recently found an example of foreign play money in a one pound bag of foreign coins I purchased at the South Hills Coin Club show. the obverse is a EURO 2 Cent while the back says Bank of Early Learning Center. Its molded in bronze colored plastic and its really neat. Thanks for this blog, I learned a lot.