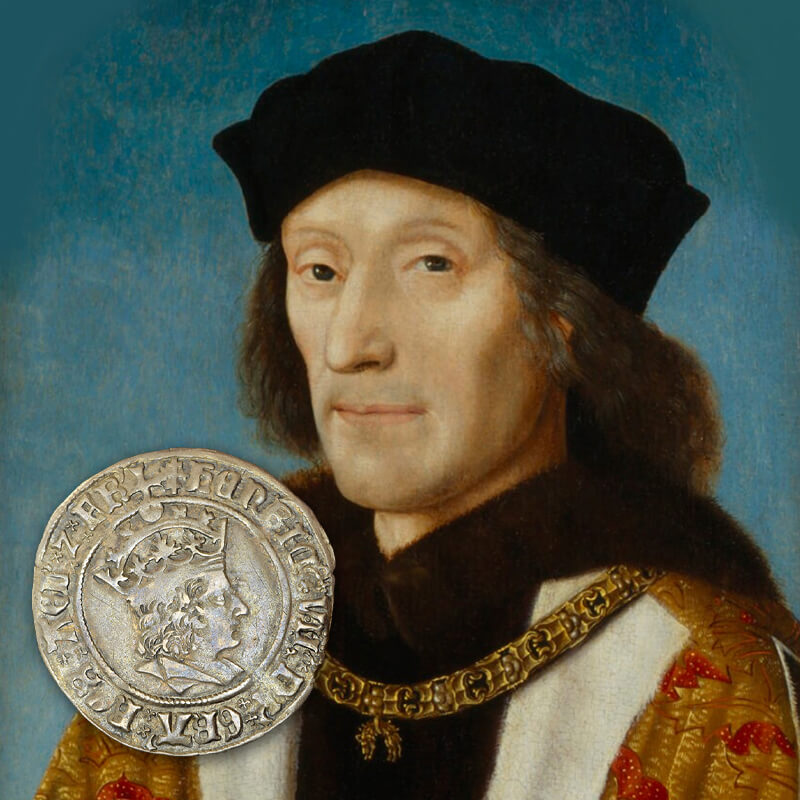 Many objects in the Edward C. Rochette Money Museum's newest exhibit, "Money of Empire: Elizabeth to Elizabeth," share something in common: a portrait of an English king or queen. These monarchs are portrayed in profile or forward-facing; upon thrones; on horseback and ships; or together with co-rulers or spouses. While styles have changed, the face of Queen Elizabeth II (r. 1952-present) remains the most widely used on money throughout the world today.

In the 1st century B.C., Celtic tribes produced gold and silver coins with their chieftain's likeness. When Romans arrived in A.D. 43, they replaced Celtic issues with their own. During this time, the English used gold, silver and bronze specimens with portraits of Roman emperors and other important citizens. When the Romans left in the early 5th century, coins disappeared from circulation and were replaced by barter and trade.

In the early 7th century, the Anglo-Saxons reintroduced coinage in Britain, and the silver penny became the main writ of commerce. Examples depict the kings of Mercia, Northumbria and other Anglo-Saxon territories, as well as the Archbishop of Canterbury. By the late 10th century, pennies depicting rulers of the Kingdom of England (established A.D. 927) were used throughout the country.

The Norman Conquest in 1066 altered the nation forever, but its coinage remained largely unchanged. Norman kings (r. 1066-1154) struck pennies at more than 70 mints (though this number shrank as coining became more centralized). Unlike most Anglo-Saxon kings, representational busts of the new rulers mostly were shown facing forward.

During the reign of Henry VII (1485-1509), the first monarch from the House of Tudor, the traditional open crown was replaced with an arched imperial one, and after more than 300 years, the profile bust once again was widely used. Henry VIII (r. 1509-47) preserved his father's likeness on silver coins early in his reign. Elizabeth I's rule (1558-1603) saw the first issues of milled coinage, although it would not be until Charles II (r. 1660-85) that all English issues would be milled.

The development of the steam press in the late 18th century and the re¬location of the Royal Mint to Tower Hill in the 19th century resulted in sharper, more realistic royal renderings. Queen Victoria (r. 1837-1901) had many portraits, including the famous Gothic and Jubilee designs.

In 1953 a coronation crown type was released, honoring Elizabeth II’s ascension. The design features the Queen on horseback, a tradition that goes back centuries. Five official images of Elizabeth have been produced for British coinage, not including others that have been used for commemoratives and paper money.

Explore the evolution of English royal coin portraits using the gallery below. Learn more about "Money of Empire: Elizabeth to Elizabeth" by exploring the virtual exhibit. 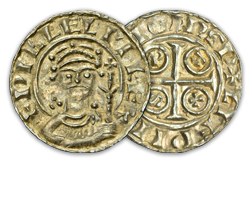 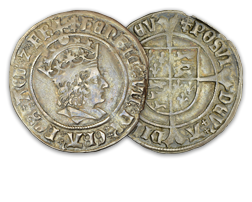 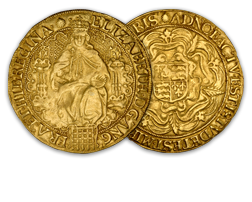 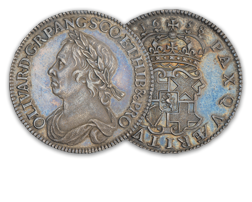 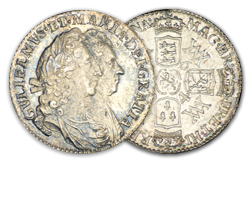 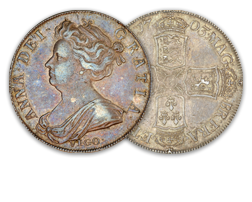 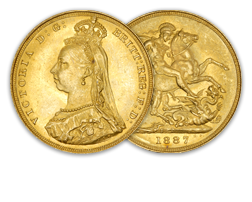 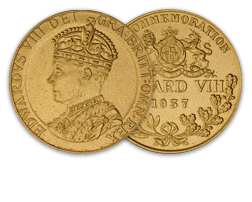 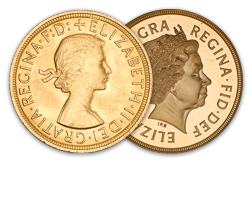 I believe that's Richard the third. If you ever get to see the documentary on how they found his body it's absolutely remarkable. Very enjoyable.