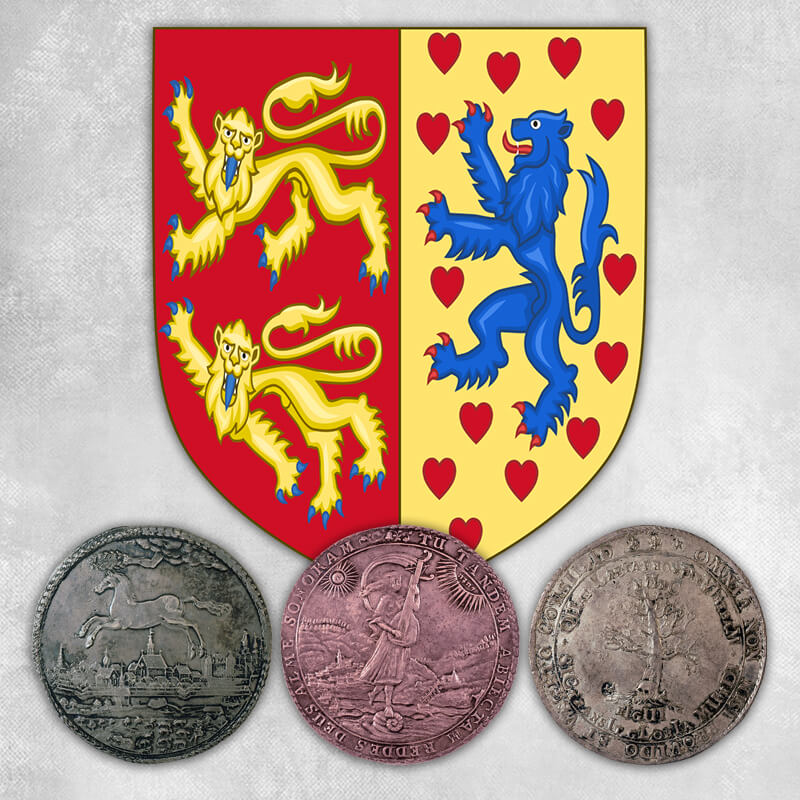 Thalers are silver coins minted in the Holy Roman Empire and Prussia from the 16th to 19th centuries. Their name was taken from Joachimsthaler; the first thalers were produced in the town of Joachimsthal. Our current word “dollar” is derived from “thaler.” Some of the largest of these coins are the “multiple thalers” issued beginning in 1574 by Duke and Prince Julius of Brunswick-Lüneburg and Brunswick-Wolfenbüttel. These large pieces, known as “juliusloeser” (Julius Redeemers) or “loeser,” have been popular among collectors since the 18th century. Their large size allowed for the creation of beautiful portraits and designs in a wide variety of subjects. The ANA is fortunate to have a collection of these fascinating pieces. 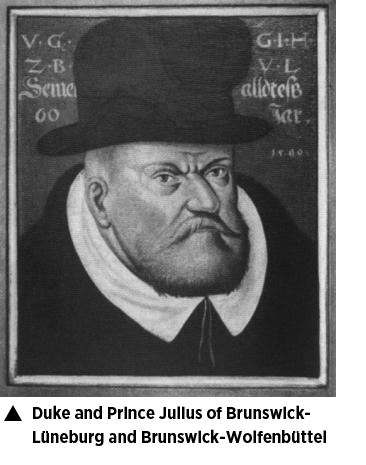 Soon after the discovery of the rich new silver veins in the ducal mines of the Harz Mountains, Julius (1528-1589, Duke and Prince 1568-1589) devised a plan to create a permanent reserve fund for the defense of his duchy.  He ordered each of his subjects who owned property to purchase one of his new multiple thalers. The denomination purchased depended on the wealth of the subject.  Coins were struck in a range of denominations from 1 ¼ to 16 thalers. Owners of these pieces were required to turn them in when requested by the Duke in exchange for debased currency, thus creating an instant source of good silver coinage whenever needed. Julius’ successors in the Duchy of Brunswick continued to produce these coins.

The fact that these pieces were so large physically and in value meant it was likely that the owners would actually keep them on hand. It would have been difficult to use them in any normal purchasing context, since it would have been equivalent to trying to make change for a $500 bill at 7-11 even for the lower denomination pieces. There may have been an element of pride in owning them, since they were a physical sign of the owners’ wealth and artistically beautiful. Collectors were willing to pay up to five times the face value for these coins in the early eighteenth century, not long after they had outlived their original purpose.

Collecting these pieces can be somewhat complicated. As anyone familiar with the German States before the mid-19th century knows, the Duchy of Brunswick-Lüneburg was not a single unit.  It was subdivided among various branches of the local ruling family, including the Principality of Brunswick-Wolfenbüttel. Thus there are multiple issuers for these pieces at any given time – making the series even more varied and interesting!

The ANA’s multiple thalers range in denomination from 1 ½ to 5 thalers and include pieces dating from 1608 to 1680.  They vary in diameter from 63mm to 81mm, making them among the largest of the coins in the Money Museum. The designs include portraits, allegorical scenes and views of the mines and countryside of Brunswick as well as elaborate coats-of-arms.  The subject of the pieces is also varied and includes two medals memorializing the death of Duke August the Younger, and others with more general themes celebrating the productivity of the mines.

View multiple thalers from the ANA collection by clinking the images below. 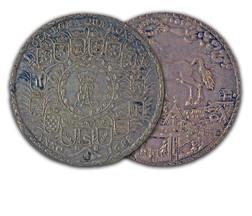 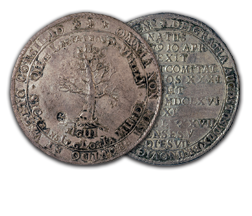 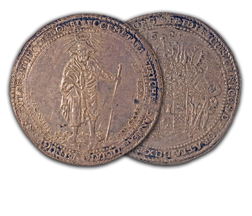 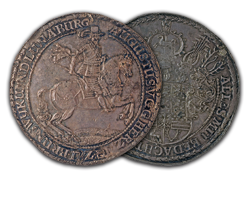 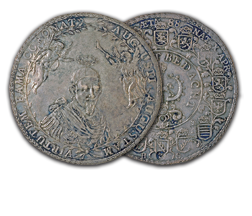 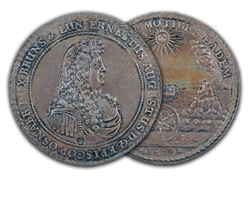 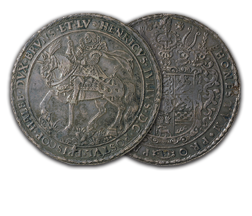 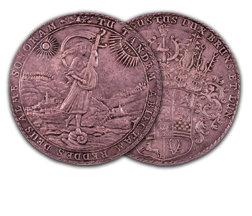 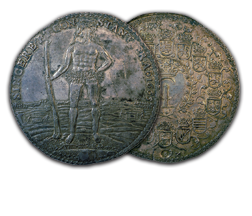 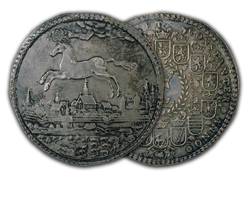 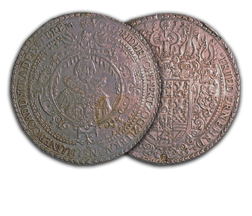