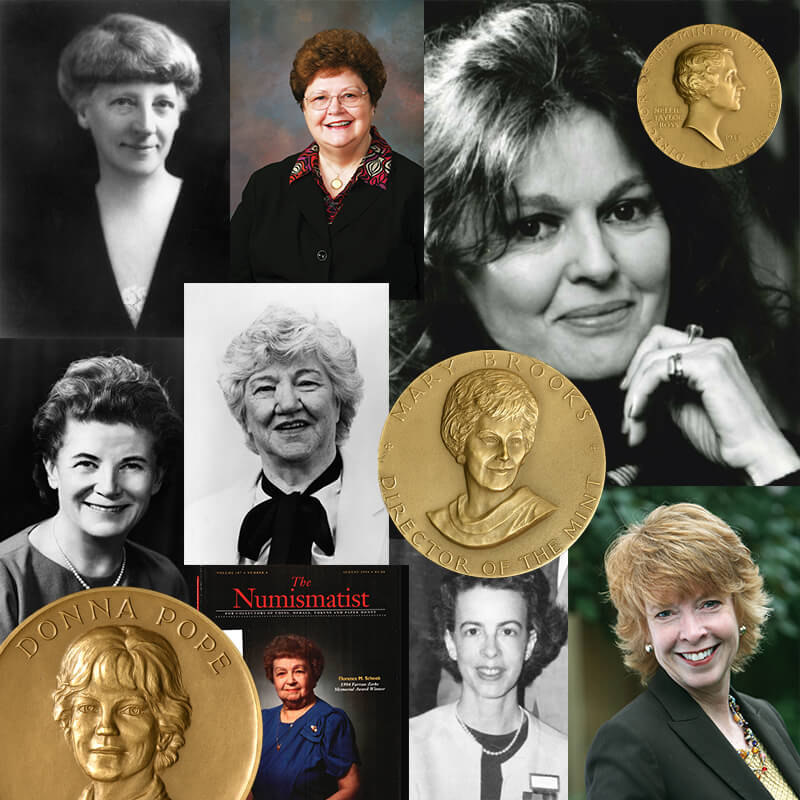 This year marks the centennial of the Nineteenth Amendment, granting women the right to vote in the United States. The ANA and Money Museum hold lasting reminders of the important role of women as leaders in our hobby through medals, the Numismatic Hall of Fame, and honorary titles.

Two women have served as President of the ANA: Virginia Culver (1973-1975) and Florence Schook (1985-1987). Schook received the Farran Zerbe Memorial Award in 1994, and ANA educational classes are offered by the Florence Schook School of Numismatics.

The Elvira Clain-Stefanelli Memorial Award for Achievement in Numismatics was established in 2013 to honor women who have made significant contributions to numismatics. It is named for the prominent numismatist and longtime Smithsonian curator.

This March marked the end of the long and distinguished ANA career of Barbara Gregory. She was the first female editor-in-chief of The Numismatist, and her tenure (1988-2020) was the longest in the history of the magazine. The annual ANA Outstanding Club Publications competition is named in her honor.

Access the gallery below to view these female leaders and the designs they inspired.