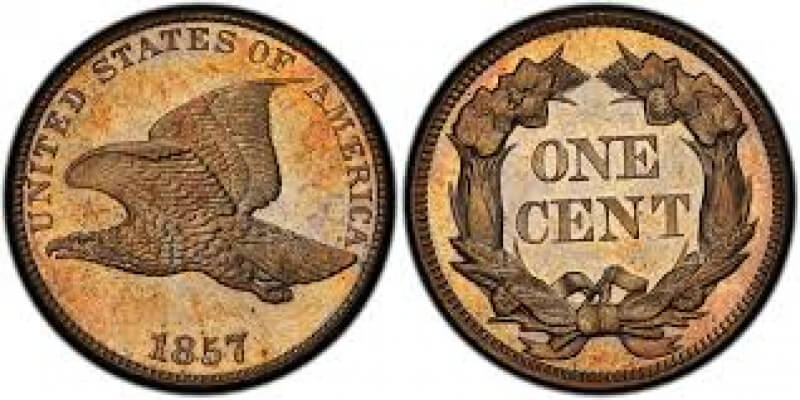 The Death of The Penny

The diameter of the penny as we know it is 19.05mm. This is relatively small compared to the rest of the denominations in the U.S coinage. For 163 years this has been the size of the small cent as it's known. Starting in 1856 the U.S small cent was the current size and the obverse was a flying eagle and the reverse was a wreath with a shield and it depicted the text of "ONE CENT". This design only lasted 3 years. 1856-1858. The first year of issue only made about 2,000 coins.

Starting from 1859 it depicted an Indian with a headband that said "Liberty" and it depicted almost the same reverse as the flying eagle cent. Then came 1909. 1909 was an interesting year. You had Indian head cents in the final year of issue, but we also had an obverse that would last a century.

The year is 1909 and the Lincoln cent was introduced. Everybody wanted some of these new cents. Banks had to limit the distribution because people would buy all of them. Something happened. Victor David Brenner marked his initials on the wheat reverse. People who bought the coins felt like he was taking to much credit, as they felt designing the penny should've been good enough recognition.

In 1910, the VDB on the reverse was removed. The penny was left this way until 1959. 1959 saw the first change of the reverse. It changed from the wheat reverse to the memorial reverse. Also, with the evolution of technology, more of these cents could be produced. They weren't as popular initially because people had been stuck with the same obverse for the past 50 years. More and more of these were produced and soon in the early 2000's you could find a wheat reverse if you were lucky.

2009 witnessed the production of 5 new reverses to mark Lincoln's 200th birthday. After 2009, the mint produced shield cents. These were produced by the billions. 4B+ were made every year at the Philadelphia and Denver Mints.

With the extensive history of the penny, who would want to get rid of it? Answer? A lot of people. Back in 1909, a penny was worth the cost of copper. A penny in 1909 would cost 27 cents (adjusted for inflation). This was worth it because copper was a lot cheaper than the value of the penny.

We have tried to save the penny. 1982 saw the first copper plated zinc pennies. This cut the price of a single cent down from 11.2 cents to 3.2 cents. This was a good move, however, we all predicted that this would become an issue. 1 cent is not 3.2 cents. This means that the government is paying 3.2x the face value of the currency they are making in 1 cent coinage.

You are paying taxes which means a small portion of it is going to the mint. You don't want people wasting your money.

Well, I've found a problem, now time for the solution. I think we should stop production of the penny but, we should not pull them out of circulation. They will phase out as time goes on. Besides, when the mint has tried taking coins out of circulation, it has failed. Take Morgan dollars as an example, The mint ordered millions of morgans to be melted and people ended up hiding them to make sure that the mint didn't seize them.

Back in the 1800's we needed pennies, but now in 2019 we don't need them like we use to. I hope you think about this topic some more. Thank you for reading.

@Well worn Copper, The transition from copper to copper plated zinc really affected the penny's value as more and more could be produced in a single year.

Here' s my comprehensive solution to our pocket change, which eliminates no current figure from our currency: 1) Eliminate the one cent piece. Lincoln remains on the 5-dollar note - the smallest to remain in use. 2) Eliminate the 5 cent piece when it once again becomes unprofitable to coin. 3) The dime (FDR) becomes the lowest circulating coin. 4) The quarter becomes a static design, with Washington on the obverse and the depiction of Washington Crossing the Delaware on the reverse. (present law) 5) Coin the Kennedy half for circulation. 6) Coin the golden colored $1 coin for circulation, making it the vehicle for all circulating commemoratives. 7) Eliminate the $1 note. 8) When the 5cent coin is eliminated, eventually, create a bimetal $2 coin to honor Jefferson. 9) This means we never need more than 5 change compartments in cash registers, and can temporarily use four. This will NOT CAUSE INFLATION!!!!! It is the RESULT of inflation, not the cause.

In general I think the people like the penny. I believe it will be around for awhile.

I think the penny will be around for a while, just as the paper dollar.

I've heard this for many yrs, but I don't believe it will ever happen. Tradition.

I think the Cent will be around many more years, even though its value is negligible and it mostly sits in coffee mugs or empty pickle jars all over the U.S.A. Why, because no one cares enough about the cost of the Cent when their are far weightier issues on our collective national plate. I betcha the American public as a whole would be a lot like Canada if we eliminated the Cent, a little howling at first then blissful indifference. Collectors would probably be the only group that feels a real sting.

The cent as we call it here the penny is England. Welcome to the ANA . In 1918 V.D.B. appears on the shoulder of the obverse of the cent. There's more copper in he nickel and silver. Than in the cent. It will be around for a long time. Thanks for your work and research. Mike.

The price to make a penny is 0.7 cents now, and never was 11 cents, Where did you get this information?

Where did YOUU get the 0.7 figure? It is at odds with the Mint's own annual reports. The true figure is near 2.0 cents to make a cent.

First off, it looks like you are new here so welcome. America loves our cents. It's that simple. Old Abe will be around for quite some time I believe. It doesn't have to make sense.. No pun. Thanks!

First off, welcome. America loves our cents. It's that simple. Old Abe will be around for quite some time I believe. It doesn't have to make sense.. No pun. Thanks!

The penny has been dying a slow death for some time now(1982 really), but we choose to keep it around. Many believe to eliminate the cent would be a victory to inflation. I agree with you that the cent should be withdrawn from regular mint production, but still used in commerce. Perhaps strike cents every three years or so, or when needed. Who knows, maybe it all has to do with Abe?