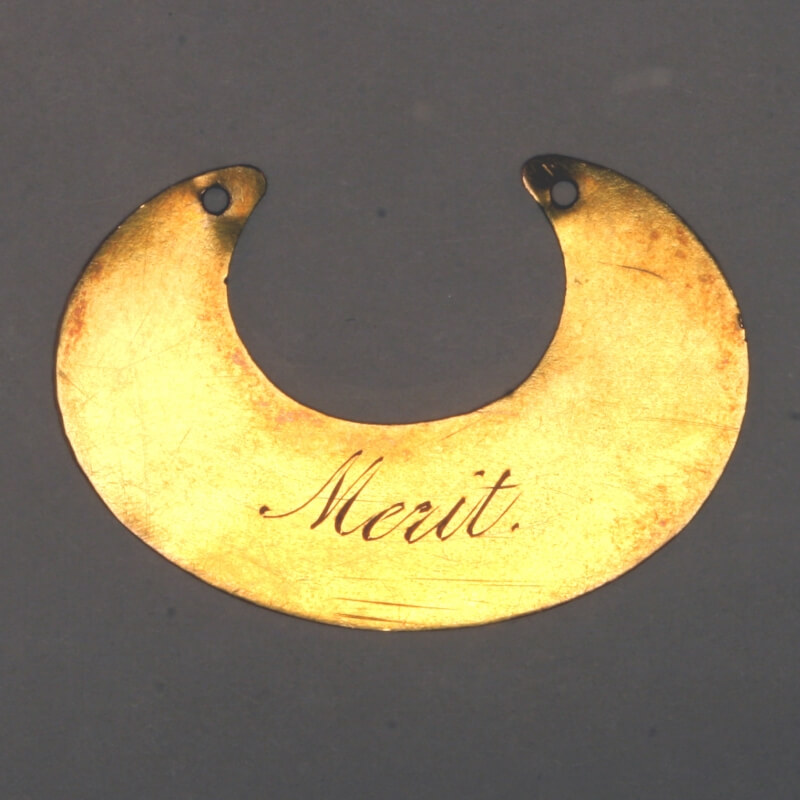 These early 19th century gorget-shaped school award medals are apparently all from the Boston area, based on their relationship to documented Boston school medals, Boston family names and style of engraving. The gorget symbolizes esteem and honor, evoking the intent of the item of military paraphernalia that officers wore around their necks. In medieval times the gorget was a piece of protective armor, but it evolved over time to reference rank. Gorget-shaped award medals are extremely rare, with perhaps 8-9 known and all apparently from the Boston area. The Massachusetts Historical Society owns a similar piece from an early Boston family.

These are pretty cool. Thank you for sharing.

No tags are being used.