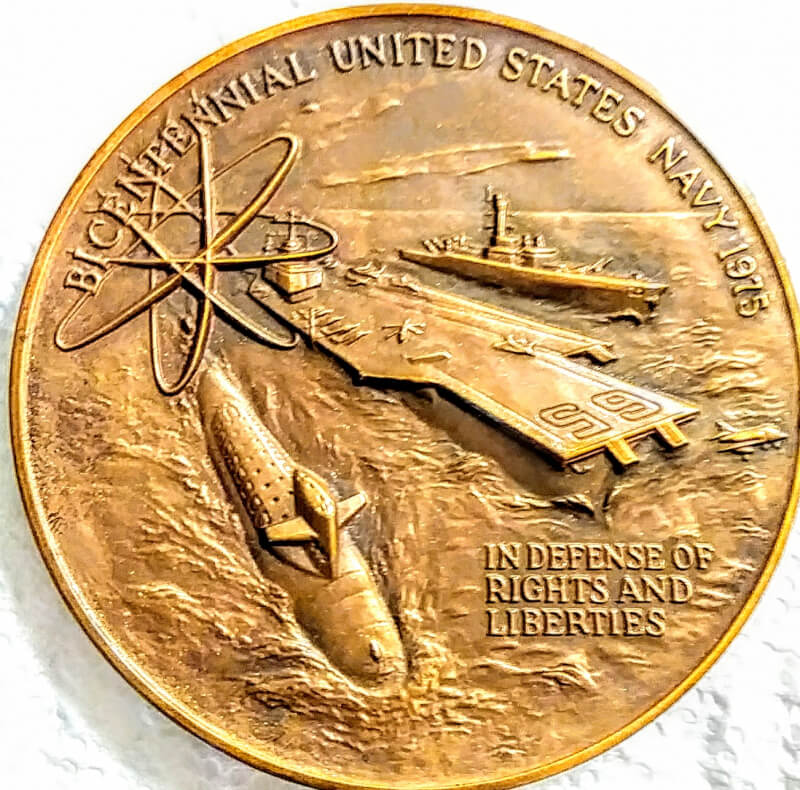 I would like to  start with a quote from General Dwight D Eisenhower.  It has to do with today. And in some respect the medals pictured below.            '            'I Have Full Confidence In Your Courage Devotion To Duty And Skill In Battle.. We Will Accept Nothing Less Than  Full Victory.' End Quote Now i was going to write a blog on D Day the different names for the beaches the allied troops involed all you would want to know. We know this it was the largest invasion ever . Land ,sea,and air. Heavy casualties on both sides . This we know. However my site will not allow me to let some important pictures. I posted the medals.  The documents were not there and three pictures  were not there.             Now I picked up these  medals that were made by the U.S.Mint! That's right these beauties were made when the mint out put some nice things. If you look at the statue of liberty medal you will learn that George Washington took his Inaugurations at the nation's capital. New York. That's right New York the buildings are in the History of Historic Sites. Liberty stands proudly with the skyline of N.Y. Behind her. Yes it was a gift from the French long before D-Day it represents the reason we fought in WWI and WWII. D-day was not a walk in the park. Great men and women were lost. The second medal of the Anniversary of the U.S. Navy shows a tall ship in the back round. Now the Marines would man these ships in time of battle. There uniform is very important. There have have a design on there hat. Why. They used to climb to the top of the sales and fire upon the enemy below. The design told them they were the marines  were and not to shoot.  There dress uniform still has it. The medal states in defense of rights and liberties..

I will write a blog on D-Day.  Not today . Today was the day. I have a whole book with the numbers of the lost on both sides. Was it worth it absolutely. Other wise Hitler would of taken Britian. And who knows from there. D-Day and these medals.stand for one thing Freedom something we have forgotten about. Yes many have the lives. But the cost of freedom comes.high. That's why I chose these two. That and the fact I could not load the pictures i want. I hope you enjoy these. I like them allot.They tell our history and show.how.we got our freedom. I wrote a whole blog on D-Day but I'm glad I wrote this .these medals tell people what we paid for . Freedom. Remember our departed soldier's sailors and infantry and air men. But don't forget the allied.forces..  The Status of Liberty Medal was made by Frank Gasparro.!! Hal  Reed designed the Navy Medal!!


Enlarge pictures and read w hats on them. There not just words.

Thanks for the history reminder Mike. Those are some nice medals. The US Mint medals are usually reasonably priced which is an added bonus.

Outstanding! Over the years I've searched out commemorative medals which celebrate historical events of our country. Like the Jamestown 400th and Fort McHenry which I bought directly at each site. I don't believe any of the dozen or so I have were struck by the mint which means now I'll have to include those to my list. Thanks for another great blog, Mike!

Awesome medals ! Nice blog and great medals. I certainly am a fan of medals.

Very Nice. Thanks for sharing.

Thank You Mike, D-Day is a day that is now forgotten in the minds of young people, we are losing countless WWII veterans every day. This is a day to honor their commitment to Freedom, Justice, and most important to each other because no Brother is more Dear than a Brother in Arms at your side.