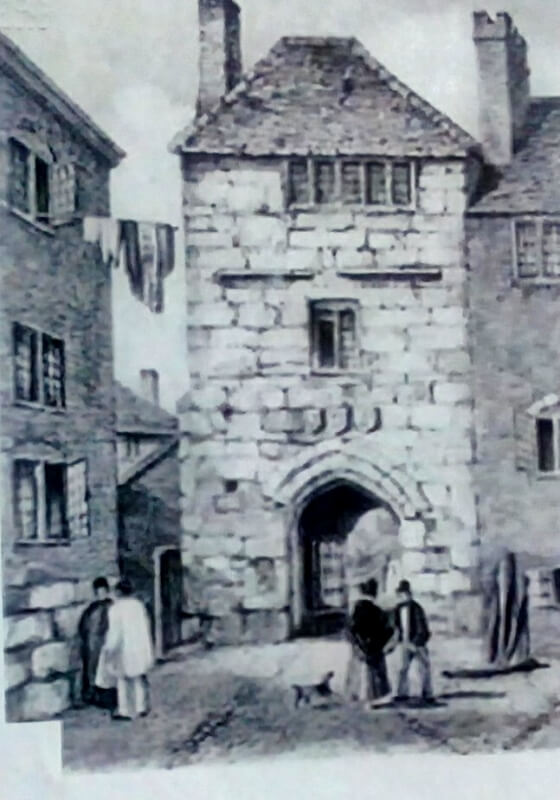 02 May 2018
Hi everyone today I am writing about Mill Lane Gate. Now Mill Lane of course was a street  in Coventry. At the end of the street they built what they called a gate. Now these gates encircled the city for protection. They built about  thirty two of these gates they were nine feet thick and eighteen to twenty feet tall. These gates sometimes had families living in them and at times of possible trouble soldiers. They were built in the fourteenth century some still stand today like Cooks Gate. This gate was taken down in 1849 to relieve some of the traffic on the narrow street and gate. These gates took approximately forty two years to build and were kept in great repair for more than three hundred years. Underneath of the gate if you looked up you saw the city's crest. Some had ramparts on top for protection of the soldiers. Now below you will see two colors. I wanted you to see what some of the tokens look like now and the brighter color for more detail. I want you to experience some  of Kempsons talents. Remember these are 223 years old. Some of them still standing today. They also supported the buildings next to them. Now all of the gates in London could not stop the Germans from bombing Coventry. It seemed it was a popular site for them. But it still stands today. It just shows the resolve of the British people. Now these gates had a basic design some were different you couldn't tell today what it was at the end of the street. Some now stand by themselves surrounded by grass and flowers. These were very important to Coventry. Kempson had an idea what was important to the people of Coventry. That's why he chose this city and London to do his sets. In the future I will be putting up some of his private tokens still raw. Looking through my tokens I found another Kempson proof. That's what gets me. This token was taken such good care of a 223.year old proof is a gift. One of his Coventry tokens in his set is a proof. A copper proof. Not unheard of but this old it is a special token. I hope you enjoyed this as much as I did writing it. Take care and enjoy your coins and tokens and medals. Mike.

Quite impressive, indeed! Thanks.

Beautiful token Mike! Loved the history ( Know one tells the story like you do! ) Great photo's too! The copper color is amazing!

Thanks for the blog. Another great item!!!!!!

Another great blog Mike. The way you incorporate the history with the token is fantastic. Great pictures showing the colors, as you said. I also enjoy the old photos and drawings.. I'm looking forward to your next post. Thanks again!!

Great info and beautiful tokens Mike thanks for sharing

very nice coin, do you own the graded coin?