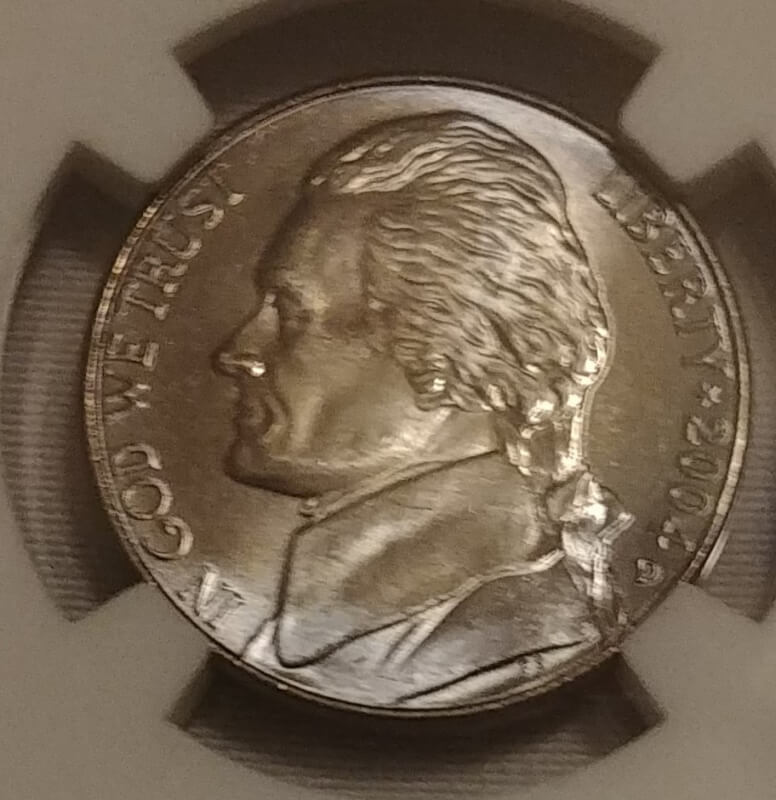 Hello All, In this, my first ever blog, I would like to describe the journey through my first year of coin collecting.It all started a little over a year ago when I ran across a roll of nickels in my sock drawer. But this was no ordinary roll of nickels!Back in 2004 I spent a great deal of time in Denver helping my Mom after the death of my Dad. Having grown up in the neighborhood it was a good time to reestablish some old friendships. One of these was a friend who worked at the Denver mint.  Somehow I ended up with a roll of Keelboat nickels that he gave me(A week before before they were issued to the banks!)  It ended up in the sock drawer for  and was undisturbed for fifteen years. I ran across it and a couple other coins one day and out of curiosity decided to look them up on PCGS. WOW! The prices floored me. I thought about it for a month. Knowing these were some of the first minted I figured they were good strikes as had a good chance of high quality coins. So I got my magnifier out and broke the roll. Dazzled by them I started sorting them out. Just looking for the ones without any marks. At this point I know nothing about grading or toning. I do notice that they have a pretty blue hue around the edges. Taking the best five I bought some flips,  joined NGC and sent them in.  Hoping for a ms68 but calculating that one ms67 would pay for the endeavor.  At this point I am strictly looking at this as a monetary opportunity.  The waiting was the hardest part. I deliberately didnt look at the grades online. Wanted the surprise! Got back four MS67's and one 66.AND I WAS HOOKED!!!
Next episode-A large expensive lot.
Hope you enjoyed this.Ron

Great story. First blog was great. Love hearing about rolls and finds like this. Wish I had a few rolls of coins uncirculated to search and submit for grading. Exciting to do this type of search.

It was great fun and very educational. I seem to have several hundred rolls of these now. Purchased to put away for my three grandsons. I nearly broke into some rolls I have of the 2009 Lincoln cents out of frustration trying to find a MS67 D Presidential. Instead I went ahead and paid way too much for a graded coin. When the Boys get old enough we will have fun going through those too!

Nice first blog. Hopefully there are more to come.

Welcome. We are here to help you through your numismatic journey. Neat find.

I'm sorry to learn of the loss of your father. Welcome to the ANA and our online community. That was a great gift your friend gave you! I hope you enjoy them and you might hang on to them if you can afford them, the price will only go up. I was fortunate to obtain boxes of 200 uncirculated coins for each of the L&C voyage. I'm hanging on to them at least for another 10 years before I sell.

Thanks for the comment! I have since purchased several hundred rolls to put away for my grandsons. Decided they could be a good investment in a few years too. On my first trip to my local coin store the owner was so helpful, spending several hours helping me, that I gave him the MS66. The good will has been worth it. The remainder of the raw coins are in flips for the future.

Welcome to our club. Well done on those nickels. Looking forward to more blogs from you. Thanks.

Sorry to hear about your Dad. That's always a very hard time. I will say a prayer for him. Nice score on the Keelboat nickels. That hue that you see is probably because they have a matte finish. Grading is very hard take a studying and classes. One grade up or down can mean allot. I enjoyed your blog. Welcome to the ANA. Thanks for the blog. Mike