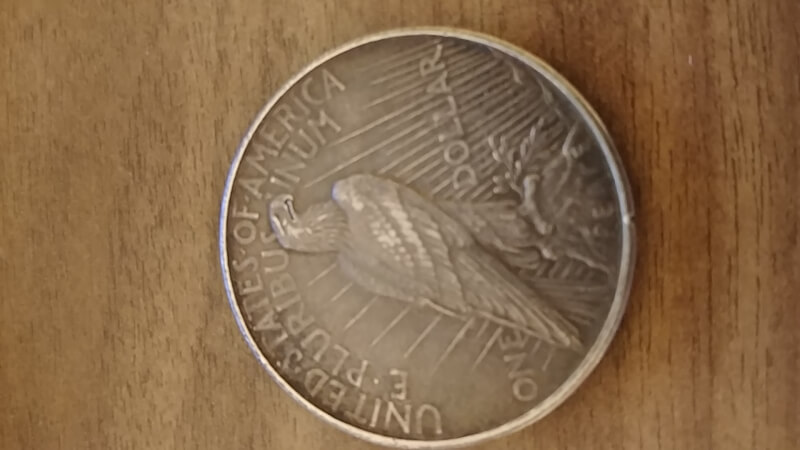 Deciding on my first deliberate collection of coins was going to focus on Flying Eagle cents, Two cent pieces and Peace dollars I quickly found out what all experienced collectors know.  It doesnt matter if a series is two hundred coins or just three at least one of them is going to be a Stopper. You know-The one that make you question your sanity! For the Flying eagle it is the 1856. While my purchase of rolls with them on the ends I was able to get a number of 58's in varying conditions and acquired a couple of 57's as well.  Resigning my self to the fact that my interest in them would likely never extend to purchasing a 56, I determined to have a two coin series. Being a bit less than focused I picked up a couple of two cent pieces around the same time. Getting them for the novelty at first. The more I researched them more respect I gained for this lowly coin. Any idea how many hours it takes to find a true small motto that isnt labeled as such and in raw condition?  I would tell you but then we would all be depressed. Best keep that stat to myself! Hours of blowing up pictures and even having to resort to using a magnifier on the computer screen. I got it in a group of coins. More on that in a minute! I went after the others with a will. Then it came to a screeching halt at the 1872. For over a year now I have been looking and will buy a graded one when I do buy. Made a rule for myself early on that I wont spent over two hundred dollars on a uncertified coin. I have since violated that rule but for the two cent pieces that is where it stands today.  Now as to that group of coins. It is like the universe was messing with me. It contained a three cent silver, a three cent nickel and a half dime! More stuff to look at and worry over. And the universe wasnt done messing with me. I looked at all kinds of thing in my search for Peace Dollars. Found several in those framed "Coins of" things.  One day while looking I ran into one but that is not a Peace Dollar in the slot! Hello Trade Dollar! Bought it. More to study and yet another short set.Peace dollars have their own stoppers as well. The 21 and 28  seem to be the toughest for most people. I got lucky or maybe all that studying was starting to pay off.  Got them at prices that are well under what I believe they will grade.  For me the 35 was a problem.  Purchased a graded MS62 last month to finish my date/mint mark collection. Next- All These Short Sets?

The best tip is to just persevere. Getting that "stopper" regardless if it is expensive, hard to find, or likely, both, it's what makes a collection stand out. Best for luck on any short sets you may start!

Ahh, this hobby of ours, the universe is always bigger then we could ever learn and collect. As for show stoppers, a nice typeset is the remedy for that! Good luck bringing order into your universe!

And let us not forget the other important FEC the 1858/7. I spent $700.00 on that one. At the time it was the most expensive coin I had purchased. It was in XF 40. I bought it from no less than our esteemed ANA president, Col. Steven Ellsworth .

My message you all know. I will repeat it . Yes my token set. A series of 19 tokens in MS 63to MS 66. The experts told me don't bother there not around any more. The set was made in 1797.. Well I proved the experts wrong. It's done . I waited two years for the last one. My motto after that was never give up and even the experts don't know everything. These tokens came from 3000 miles away. I had Auction houses looking I had ANA members looking. I got physically sick checking every site on the net. But it's done. You guys with your knowledge can do this. And when you both complete it the knowledge you learned along the journey you benefit from . We benefit from . I say go for it.

Ah the universal pain of the coin set stopper, I know it well. As a very young collector, coins like the 14D and 09S VDB slapped at my sensibilities with their utter unattainability. The fact that I eventually completed the Lincoln set does not in any way take away that original angst. My current stopper is that Darn 1961 New Brunswick 1/2 Cent. Who in the world collects New Brunswick Provincial issues? Apparently enough people to keep that 1/2 Cent always in the several hundreds. Anyway, I feel your pain and I would suggest you collect Roosevelt Dimes or Jefferson Nickels, but wear is the fun in that. (:

1921 peace is next on my list. I see so many cleaned examples. I will find one eventually that I like. Dont have any flying eagle cents yet. Would love to roll search some of those coins on end teaser rolls, but i suspect irs a setup?

I love the Flying Eagle cent; it is my absolute favorite. To add extra fun (in my opinion) to the collecting experience, I suggest finding the 1858 Large Letter and Small Letter varieties. They are quite easy to determine, and they both cost about the same. If you want to delve even more into FEC varieties, I suggest trying to find the 1858 High Leaves and Low Leaves varieties. I only have the 1858 Large Letter High Leaves, and I plan on finding all the varieties for my collection. Richard Snowâ€™s Red Book on FECâ€™s and IHCâ€™s is a must-have if you plan on collecting them. Sounds like youâ€™re having quite the time with the hobby!