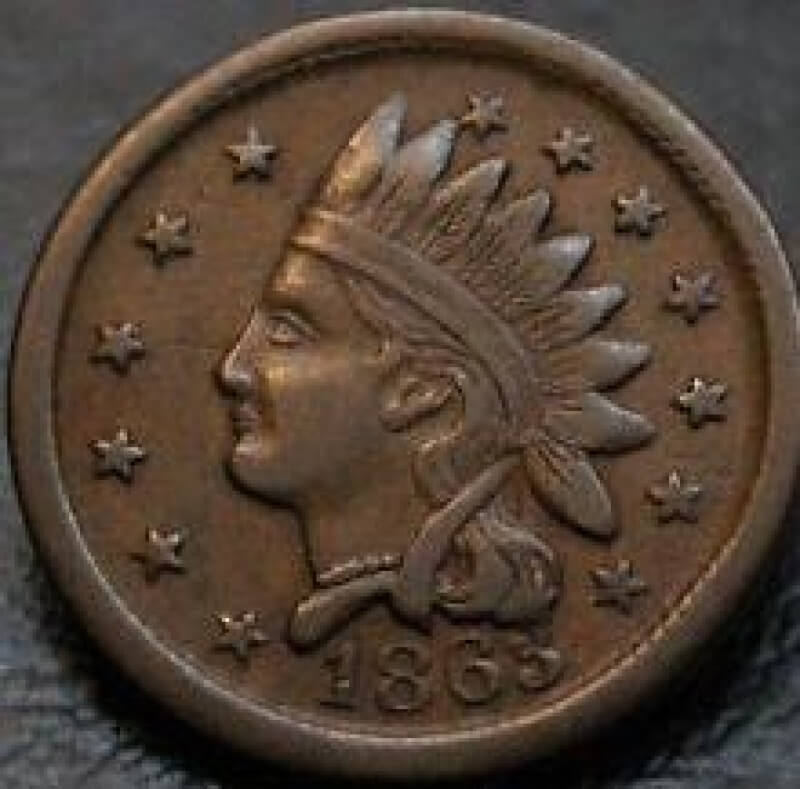 25 Jul 2016
I like to read about history and coins. These past few weeks I came across references to a coinage act of April 22, 1864. This Act had a impact of some of items I like to collect. This act changed the composition of the Indian Cent, it created the 2 Cent piece, and pretty much did away with Civil War Tokens. I casual collect all these items. I look for coins and tokens with nice eye appeal and usually in grades of Very Fine and above. I belong to the Fly-In Club (Flying Eagles and Indian Cents) and The Civil War Token Society. The quarterly publication of Fly-In Club is the" Longacre Ledger" tells about different varieties and the hunt for the coins. I do not really look for varieties, but the publication has great photographs. I also belong to the Civil War Token Society which also issues a quarterly publication.The cost of membership in these clubs are well worth the dues. You can find more information on these clubs at fly-in.org & cwtsociety.org. I have not found a 2 Cent club, but would be a member if there was one. Whitman Publications have "Redbooks" on Flying Eagle & Indian Cents, and also on Civil War Tokens. I recommend both.  Also, there is a nice a book by Kevin Flynn "The Authoritative Reference on Two Cents Coins." Even though I do not purchase a lot of coins and tokens, The clubs and books keep me informed. I want to tell the story of my first Civil War Token. I was about 12 years old in the early 60's when my sisters brought a "coin" home with an Indian head on one side and "Not One Cent" on the other. My sisters received this as part of a payment while working as car hops at A & W. Hopefully, you like this blog. I am planning to post my rambling thoughts on a somewhat regular basis. Happy Collecting, from "SUN" (Southern Utah Numismatist).

Great blog. I casually collect Civil War era coins but am slowly getting more serious! Thanks!

A Civil War token as part of payment. That's great! I've never heard of a CW token turning up in change or in a roll till I read this blog. I discovered CW tokens years ago at a local coin shop. I especially enjoy the ones featuring Lincoln, and there are many. Fun blog!

Wow. I love copper coins, Two Cents and below.

That is a great story.

Great topic. I love collecting all of them too. You just never know what kind of coin you will find in change.

Very well done. I am a member of the civil war token society. I like to collect them and have been for a while. You have good taste. A book on cwt came out in 2015. The name is A Guide Book of Civil War Token's. It was written by Q. David Bowers. He's also a member. You might have it already. If you don't may i suggest you pick it up. I enjoy very much. Great blog good information what else could you ask for. Thanks for the work. Mike

Very informative blog. I really like your stories. My Mom worked as a car hop when she was young. I remember when A and W was the ONLY restaurant of it's type (fast-ish food) in my town. A and W has been closed for decades here, but the logging road behind my home still retains the name A and W Logging Road. Your blog is nice! Thanks for posting.