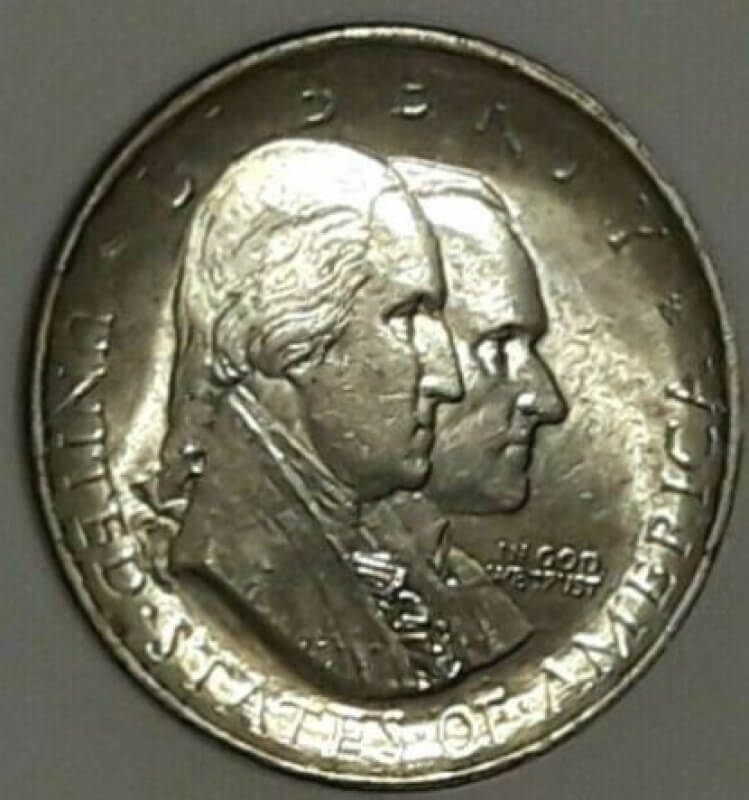 As a person who used to exhibit and display coins at local and regional coin shows, I am  always thinking on how I could make an interesting exhibit or "topical collection" at not much cost.  It is not the value that makes a good exhibit, it is the eye appeal and information provided.  A nice exhibit of "Liberty Bell" coins can be assemble for about $200.

The first coin for the exhibit would be the 1926 Sesquicentennial of American Independence  Half Dollar commemorating the 150th anniversary  of signing the Declaration of Independence.  The image of Calvin Coolidge marks the first time a portrait of a living President was used on a U.S. coin.

A final coin depicting the "Liberty Bell" is the Bicentennial Eisenhower Dollar.  Information on the design contest could be noted.

To make a quick second exhibit on American Independence anniversary coins, remove the Franklin Half Dollar and add the Bicentennial quarter and half dollar.

Great coins with real history and meaning behind them. That makes for a neat exhibit.

In the absence of Lady Liberty, the Liberty Bell is an excellent symbol of Liberty.

I love the Franklins and Ikes. Those are a couple of great ideas SUN. Well done. Thanks.

I loved the blog, but I must say... That franklin half is SO beautiful.... Look at that detail! Wow! I love the liberty bell designs. Thanks for yet another informative blog! Cheers, NM

Liberty bell coin exhibit would be great. Might be a great idea for a coin club member, looking to be the monthly presenter. Put together a presentation on the liberty bell and coins that have the liberty bell. Nice idea.

Is there any currency featuring the Liberty Bell, that would also add some pop to an exhibit. But topical is a great way to work. I am putting together an exhibit for this weeks PAN show with a specific event as the topic. I will file my show report on 01 November. (:

What a great idea. I hear from those who go to shows how.well there done. This would be great . Easy to do. The coins are available so you wouldn't have to search high and low. Thanks for this. The coins are great also. Maybe someday I will see one done like this!

Those are some REALLY nice looking coins for sure! My step-dad collected anything that was bicentennial ! It's why I started collecting again also. Thanks for sharing !

I have always loved Franklin Half Dollars coins as well as the Eisenhower Dollar so this info and photos are right down my alley. Thank you for sharing. Those are superb examples of coinage. Thanks, Later!

That's a solid Franklin, I've never seen the initials pop out like that before. I think the franklin shows the liberty bell the best. Thanks!