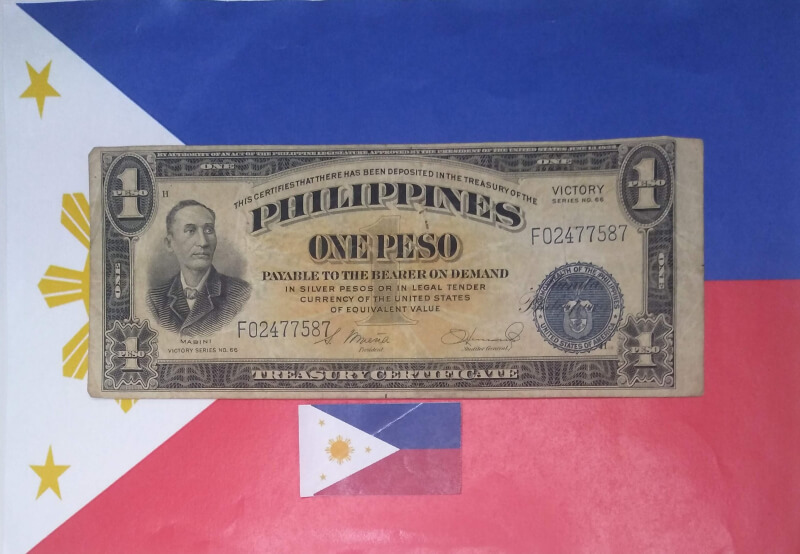 This note is not to be confused or taken as similar to a more recent banknote issued with overprint on its reverse stating "Central Bank of the Philippines" reprinted and circulated at a later date by the then organized Commonwealth of the Philippines under the supervision of the United States Government.

The Philippines were invaded and its military forces conquered on December 8, 1941 just a day after the infamous Japanese attack on Pearl Harbor. It was part of the Imperial Japanese schedule and military schemes to overtake a larger Ăˇrea of the Pacific including sectors in New Zealand, Australia and many other Indian Ocean territories. Heavy strughle to regain control of the Philippines islands increased by May 1942 with several Allied operations which started weakening the Japanese Forces and their supplies until their downfall by October 1944.

This historical Victory note I hereby present is evidence of the many printed and issued by the US Treasury and as an effort of the War Department to stabilize the economy of the Philippines upon US regaining control of the islands around September-October 1944.

As many of this notes were issued and brought into Manila by the US Army and other officials, quite a few made it back eventually as souvenirs from war by GI's and others. My note presents perhaps a few cut errors and other features that can grab a collector's attention. Please enjoy and all comments are appreciated.

Can you do a translation of the notes on the back?

Thanks Angel. I was too lazy to look it up. I appreciate the help. Tu Amigo John

Dear friend, if you refer to what is written in pencil,,,, "In memory of your brother, Juan..."

Nice note. I have one myself. Full of Philippian histroy.

Fascinating and certain data, my friend. Thanks for your comments.