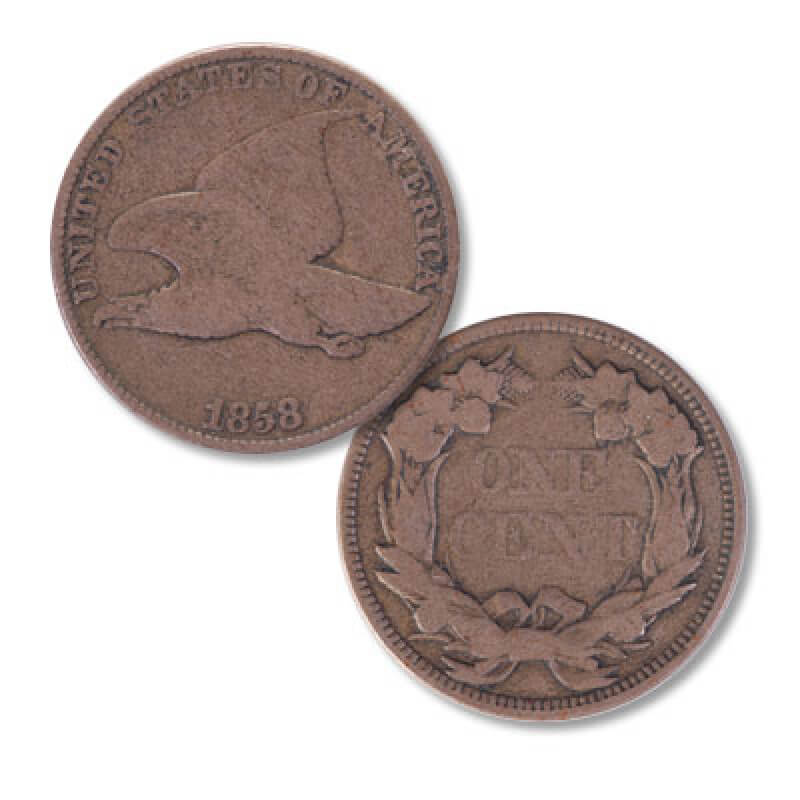 I attended the Meadville Coin Club last Thursday and at our auction, I picked up a few great coins.  The purchase that I like the most is this 1858 Flying Eagle Cent.  This is one of the shortest-lived series of United States coins, having been produced for circulation for just two years, 1857 and 1858, however, there were about 1,000 1856 Flying Eagle Cents struck without official authorization. Therefore, from a legal standpoint, all 1856 Flying Eagle Cents may be considered to have been illegally struck and issued.   These coins are very rare and quite expensive.

One of my personal favs (aside from the indian head cent) I greatly appreciated this blog. Keep up the good work! Cheers, NM

Definitely one of my favorite coins! Nice pickup, keep them coming

I am happy to hear that you are really getting into your collecting through a local coin club. Congratulations on your new coins!

One of my favorite designs on the one cent piece.

Flying Eagles are great. I only have one, that is about Fine, for my type-set. This is a pretty short-lived series, but an interesting one none the less.

Beautiful example of the Flying Eagle...really beautiful. I don't have one yet, but I am going to a coin show next month. I'll have to look around...

Always liked the Flying Eagle cents. Never heard about the '56 not being officially struck.

I also read that the '56 is considered a pattern. Great pick-up. I have always liked this series. Thanks.

Very good coin. Thanks so much for the history of it also. I have a collector friend of one holding one of these until next month for me. It will make a great addition to my collection. Blessings.....

Great coin thanks for the history. I have a 58. Then I stopped . Don't know why.

A beautiful example with honest wear, how many tills did that cent occupy. I betcha it has seen a lot in its 160 plus years. Thanks for sharing.