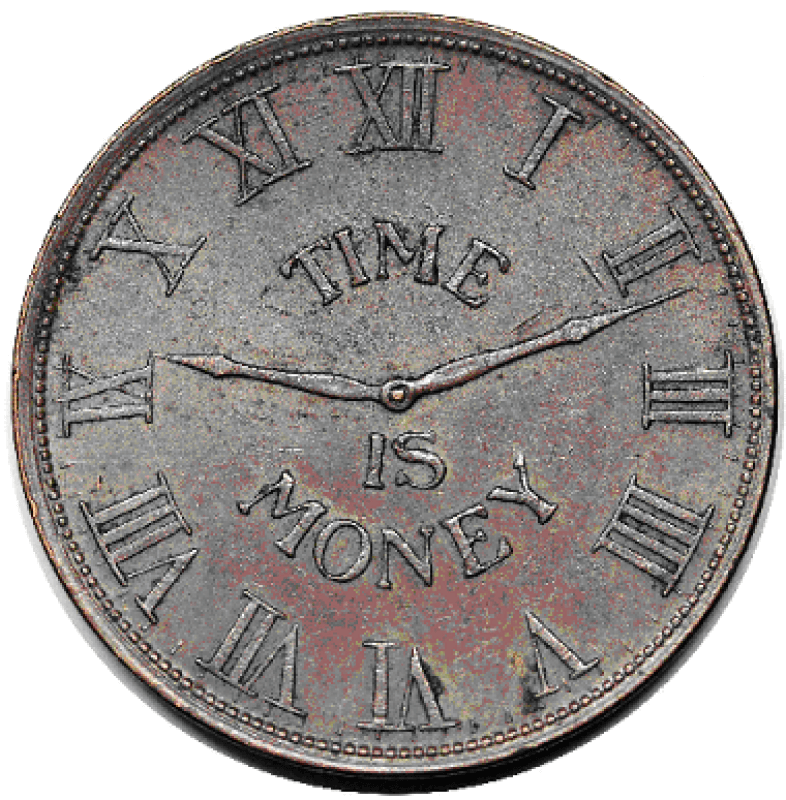 My family has been telling me for years that I exhibit some of the same traits that categorized an addiction.

1 - Seeking nonconformity. Your views of about what is collectable isolate you from your peers.( define peers )

2 - Your irresistible urge for just one more. ( OK, but I like to call it collecting )

I don't have an "ISM ", I simply have this drive that tends to suck up most of my time and money.

So my new round has been touted as being a Hard Time's Token, and I guess it is because it bares the date 1837.

But it was not made from the time period of the Hard Times Tokens.

It's a store card, and the 1837 is the date the establishment was founded.

There is a lack of listing of it in any of the readily available catalogues because these "business cards" were created in 1900, 1902 and 1906.

It was hard to find any reference that could validate the offering, but I keep searching.

The first reference to it was from it's association to a Rulau catalog.

But I was not going to spend half the asking price of this Peacock on a catalog just get a picture.

I eventually found 2 NGC examples of this HT M-23 on their population report.

Those 2 slabs along with NGC's population report was all the proof that I needed to justify the purchase.

I did not need the Ralau catalog to see prices that are based on the hopes of resale.

What now fuels my collection is a desire for detail, diversify, and patina.

To me, this item has it all.

The first 10,000 coppers ( and 4 silver pieces ) were from dies prepared by Gorham Mfg.co. and their obverse dies were used on the 1900 and 1902 variety, plus all reverses of the series.

In 1902, 7,750 coppers and a single silver piece were struck, and the date was moved from the inner circle on the Peacocks body, to the border below. ( as is on this piece )

Both are of the coin flip variety.

This 1906 example is of the final variety of 10,000 coppers and a single silver piece, and is a medal flip.

The article goes on to state that this " Somewhat Inferior Die Work" (  was that a TYPO ? ) ( Who's eyes were they using ? ) may bear out the belief that the company ( of Jewelers ) engraved this die version, as the Gorham company was not called upon to prepare it.

After all, I am the only one it really has to please.

Welcome. That is a beautiful token.. I think we all have this "sickness".. Oh well. Could be worse.

Someone really put some time into that beautiful peacock. Awesome piece.

Great research on this token. Tokens are a great collecting area. As Mokie said, I think we are all a little OCD.

Hi and welcome . Hard Times Tokens started in 1837 and ended in 1844. I have a few they were full of satire and political insults. Mainly against the president for closing the U.S. Bank. It was our first depression and thats a nice one thanks for sharing your information and the picture. I enjoyed them ..

Thank You for an interesting history of a very lovely token. I think all of us dedicated Numismatists suffer from some kind of obsessive compulsive disorder. If I'm right, then I am happy in my disorderliness.