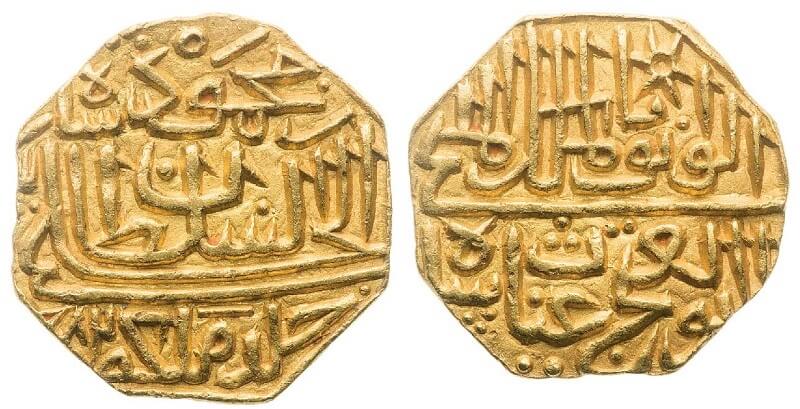 Unusual Shapes of Coins in Ancient and Medieval India

It is now well known facts that first square shaped coins were minted in India, perhaps they were un-inscribed cast copper coins along with Punch Marked Coins known as PMC. (See the Image of Cast Copper Coin)

Once I was wondering that only medieval sultanate of Malwa (15-16 Century CE) issued square coins after a gap of almost 1500 years. And yes, Rhombus and Octagonal coins of Malwa were the first unusually shaped coins of India or probably in the world.

In modern times, we find odd shaped coins including coins in the shapes of map. Triangular coins are new introduction in modern world.

BUT, I was wrong. I got “The Base-Metal Coinage of the Western Satraps in India” by A M Fishman and I find:

In 15-16th Century CE, a small part of central-western India was ruled by Malwa Sultans. They became independent after fall of Delhi sultanate.

The most beautiful and innovative  coinages were minted by them, the distinct features were square flans, profuse use of variety of min marks/ornaments, some rhombus and mihrabi shaped silver coins and lately appearance of some rare hexagonal and octagonal shaped silver and gold coins. (See images)

I said you did good work and I did like your blog yet you blocked me? Don't understand. Mike.

Different shapes of coins...that would make a great exhibit.

Very interesting topic and well done article. It is great that you included photos as that really brings the history into view.

Thank you for your encouraing words, Mike. Indeed it has taken a good amount of homework before posting this. Thanks once again.

Very good blog. Looks like a lot of research went into it. That's what it takes to be a smart collector. Read the book before you buy the coin! I enjoyed it and picked something up today. That's how these blogs work yuo write a blog I learn something. It's a give and take program. Keep up the good work. I f I can ever help you let me know Mike.