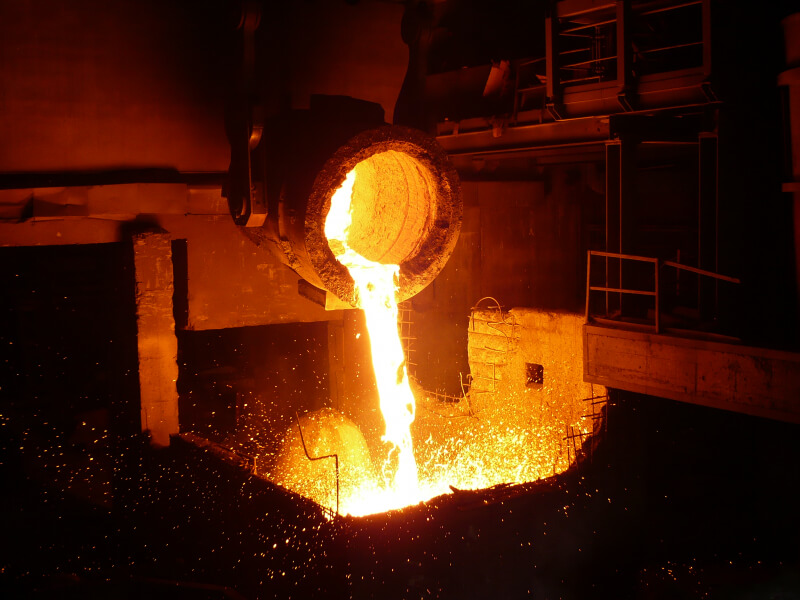 When I think of Numismatics as an academic discipline, I envision it as resting on three pillars or foundations of knowledge. The first two, art and history are the ones we typically think a lot about and then there is the one we don't spend too much time on. That would be metallurgy.

If you have taken the ANA course on the modern minting process, you have gotten some exposure to the basic information about metallurgy. My own involvement in this course work has provoked a great deal of thought and questions about metallurgy as it applies not only to U.S. coins, but to coins from all nations worldwide.

What exactly is metallurgy anyway? Metallurgy is the domain of materials science and engineering that studies the physical and chemical behavior of metals. It is divided into two categories, chemical metallurgy and the one that we focus on in Numismatics, physical metallurgy.

So lets take that deep plunge into the field of physical metallurgy. Let us start by brushing off your old Chemistry knowledge and taking a look at the periodic table to get an idea about the chemical properties of the elements we most often use in coining.  ( I knew that 11 hours of chemistry I took in college would come in handy someday!).

Elements are organized by similar properties called groups. The group most commonly used for coining is group 11 followed by group 10. We also use one from group 12. A select few metals fit that category. From Group 11 we have Copper, silver and gold. From group 10 we have nickel, palladium, and platinum along with Zinc from group 12. Of course there are some countries that use Aluminum from group 13 as well.

All are highly electroconductive.  Why those particular groups, you may ask? It's because they all have the properties of being malleable and ductile. That means they can be made into shape without breaking and they can be stretched. They are favored for their relatively low chemical reactivity. They also have a suitable level of hardness, making them resistant to wear.

The development of alloys was crucial in making coins from the beginning of coinage in world history. In American coinage, all half cents and all large cents were struck in copper. The first U.S. coin to be made of an alloy was the Flying Eagle cent. The reason small cents came into existence was the cost of copper content became prohibitive to continue make large cents. The composition of the Flying Eagle Cent was .880 copper and .120 nickel.

Various other alloys and their content specific specifications for each coin beginning with the Flying Eagle Cent can be found in the Redbook. All of our circulating coins are made of alloys. Many of us think that when you buy a non circulating bullion coin, you are buying a coin that is 100% gold, silver or platinum content, but this is not true.  Silver Eagles are "three nine fine", meaning they are composed of .9993 silver and .007 copper. Gold Eagles are composed of .9167 gold, .03 silver and .0533 copper. Gold Buffalos and Gold Spouse coins are "four nine fine", meaning it is as pure as can be coined at .9999 gold content. Platinum Eagles are composed of .9995 platinum. The Redbook does not list the other content, nor could I readily find it on the internet.

Beginning in 1965 the Mint began issuing clad coins, Cladding involves the bonding of two or more different metals to each other. U. S. dime, quarter , half dollars and SBA dollar clad coins are composed of two separate layers of a copper nickel alloy that contain .750 copper and .250 nickel clad to a pure copper core. Golden Sacajawea, Presidential and Native American dollars have a pure copper core with brass overlays consisting of .770 copper, .120 zinc, .070 manganese and .040 nickel.

How are these metals bonded together? There are two methods that can be employed. There is the high impact explosive method which employs the use of explosives on the outer layer of the metals to create a uniform weld . The second method is called the cold rolling process in which sheets of metal are rolled under high pressure to create a weld. The mint experimented with both processes before settling on the cold roll method.

For our coinage, two sheets of copper nickel alloy are rolled with a layer of copper sheet through a mill. To the best degree that I could determine, the Mint has settled on outsourcing to obtain their clad sheeting for minting dimes, quarters and half dollars rather than produce it in house. This is supplied by PMX Industries in Cedar Rapids, Iowa. Personally, I think that having only one source is a poor practice for several reasons. It raises anti trust issues and also raises the price of readily available material resources in the absence of free market competition.

Modern U.S. cents are made by electroplating a 20 micron layer of copper to a zinc core. 1943 cents were also electroplated. They consisted of a steel core with zinc electroplate.

I hope that this article will demonstrate and provide a working knowledge on how metallurgy is important to the modern numismatist in understanding how our coins are made and the processes that underlie their creation, Hopefully it won't be too dry and will also be interesting.

I have been thinking about that topic a lot.

What a great blog! Knowing really nothing about chemistry you taught me somethings especially related to coinage. Thanks!

A very fine blog! Mandeleev would be proud. Interesting how the reaction to atmosphere (toning ) is now such a hot topic.

Very well done! Now is definitely a good time to study on the science side of numismatics. Thanks for the information!

Very informative blog . As Mokie said our metals have changed in these modern years. But besides that chemicals are used to get the look . Other metals are also used. The Burnished coin was was a sub set. The planchet are put in a big machine with millions of a metal ball. Turned till the metal had changed in composition. The same with coins used with acid. And other chemicals. There is allot more than silver and gold. Lasers are used . No more sculptures made and then the coin. Most I say are done with lasers. But your right . It's the metal that makes the coin. Early in the 1950s up to the 1980's and 1990's a new additive was added. Soap. That was always used to clean the planchet. But somehow they did not rinse the proper way. When those two tons came down we had a new metal. Silver and soap. Yes the soap became part of the coin. You can not get it out. It becomes the make up of the metal. Thanks for another good blog. I picked something up. That's all i ask!!

Bama, Dude, remember I went to Auburn, College was the hardest 17 years of my life, lol. I remember thinking in Chemistry class in Junior High things would be simpler if the symbology used could have been a tad more logical, it always seemed to my poor state of mind to have been established using the theory "What symbol can we use that isn't even close to the subject". lol. Having had my head exploded in class many years ago, I thank you for the clear concise manner in which you wrote this. I had never consider the three pillar foundation, but you are spot on. Another member and I were talking just this morning about the love of Art and History that goes into this hobby, and we never even thought about metallurgy. Which in retrospect should be a no-brainer, so thanks for the info and opening this old farts eyes. Later!

The alloys have been much more complex in recent years. Electrum was an odd silver/gold alloy that was naturally occurring, makes for some expensive ancient coins.

Very nice and it was interesting. I want to see the high impact explosive method ! That sounds really interesting. Aluminum as a coin has always fascinated me. thanks for a great blog .

A lot of my coins from the Caribbean are high in aluminum as well as Vichy France and the Axis Italian coins along with some Central American coins. They are more reactive to the environment, especially in places with high levels of salt water exposure and corrode easily. Kind of makes you wonder about cost vs benefit.... They are inexpensive to mint, but does the increased need to replace your coinage off set the savings?

Thanks for the detailed blog. Really gives the collector more to think about.

Man if my chemistry teacher was this good I wouldn't of had to drop it. Great blog. You really explained a very complex matter in layman's terms. Well done. I really enjoyed this and awesome pictures as well. Thanks.

Thanks for the insight into the composition of our current coins. I wonder how difficult it was to ensure proper fineness of planchets before the 19th century? It must have been a somewhat tedious process.

That's an interesting topic..... I remember in quantitative chemistry we were given an unknown element in solution and we had to tease out the identity through numerous complex experiments that took a whole semester of all afternoon in the lab in order to figure out what you had and if you screwed up a step you would have to start all over from the beginning. It was maddening! I imagine a qualitative analysis would be just as tedious!

I found this every interesting.... I am currently taking chemistry, and am seeing the correlations. Thank you for blogging this... It was very fascinating to read. Keep up the good work! Cheers, NM

I've always had an appreciation for the organization and utility of the periodic table, A foundation of Physics and chemistry are essential knowledge for anyone who wants to delve into the science behind almost any topic. I hope you enjoy your chemistry experience!