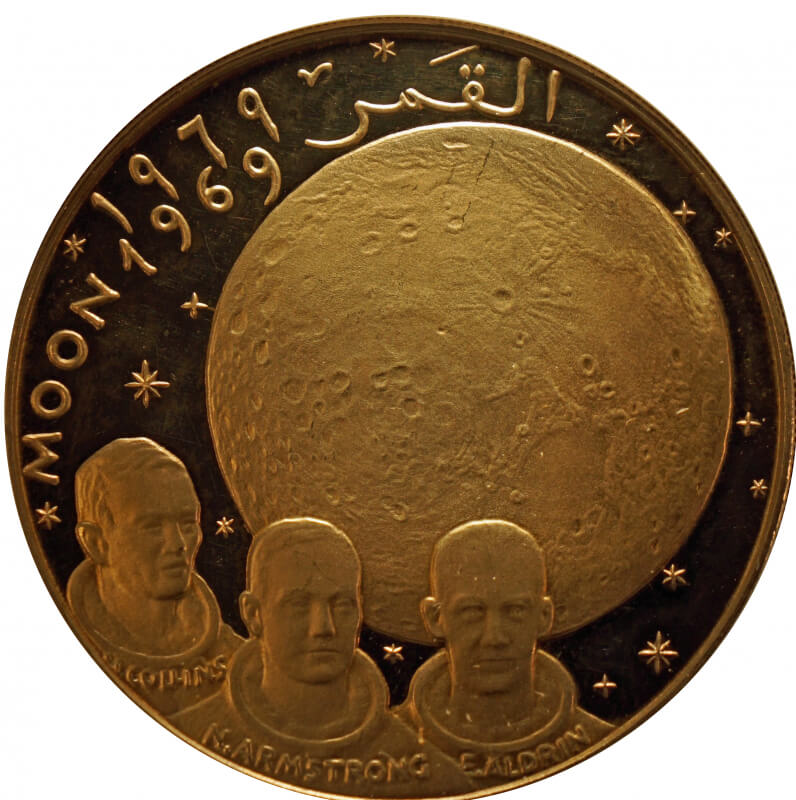 With all of the new space coins on the market, it reminded me of some of my favorite coins. Fujairah is one of the seven emirates that make up the United Arab Emirates. The only of the seven with a coastline solely on the Gulf of Oman and none on the Persian Gulf, its capital is Fujairah City. In 1969 and 1970 they issued these coins to commemorate the United States space program. They have a common reverse and the obverses represent the Apollo missions 11 thru 14. 3 of them are based on the Robbins medals that were issued for the missions.  In my opinion, the one for Apollo 13 is particularly well done.
There is a flood of new Apollo coins being released from all around the world. Just go to eBay and put in "2019 Apollo coin" and you will see what I mean. They are a lot of colorized, curved, etc. There even pieces with "space" particles embedded in them. To me, none of them, including the new US Commemorative, hold a candle to these.

Cool collection, but I agree the Apollo Xlll is the nicest! Thanks for sharing!

Those are all nice but the Apollo Xlll one is fantastic. I may go looking for that one.Thanks.

I must say those are quite nice! I agree the Apollo XIII is the nicest. I love the three horses in full gallop.

Out of the twelve hundred they had I looked carefully. Some were terrible some were nice. We collect what we like. The good part was the choices you had. The bad part even like our coins were terrible. So it was up to you. If I saw one I checked the complaints and negative comment. I decided the U.S. Set was the set. So i stayed with that . I saw some nice ones but I had the set so I let them go. It did give you quite a choice. Thanks.

They are all quite nice but that Apollo 13 one is exquisite.