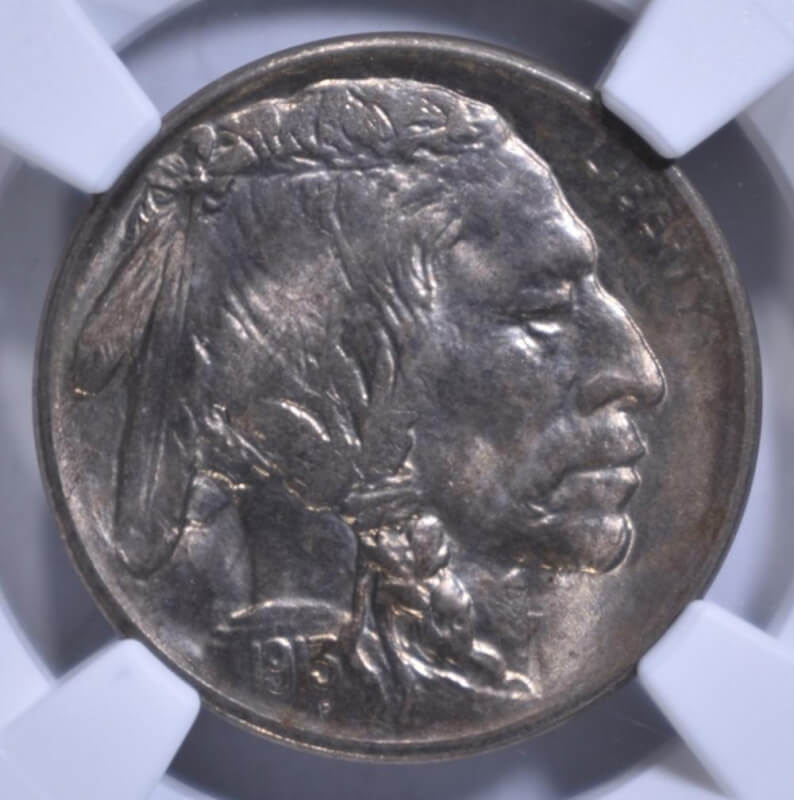 Before getting to the discussion of this week's blog, allow me to apologize for the slight hiatus of the early start of a new year.  In the busyness I've had little time to research, much less write about, an interesting subject.  That said, and the fact behind the title. When one mentions the words Indian or Buffalo, in some shape or form America comes to mind.  No other has ever embodied as much on both sides of the same coin as does the Indian Head Nickel. Or "Buffalo" as it's aptly referred.    Enjoy!

At the turn of the twentieth century, President Theodore Roosevelt brought about a radical shift to United States coinage, not only to a few denominations but nearly all. Few would argue to the contrary that these new designs were extremely attractive and deserving as a representation of who we are as a people in a truly artistic fashion. As collectors, the denominations created during this period hold the highest popularity racking to date. The Lincoln Cent,  the Indian Head Nickel, the Winged Liberty Dime, the Walking Liberty Half Dollar and the king of U.S. coin designs, the Saint-Gaudens Double Eagle.  In keeping to the subject of popularity, the Indian Head Nickel ranks number two behind the Lincoln Cent as to collectability. And for a very good reason. Beauty, availability and cost.  Filling a coin album becomes both doable and enjoyable once completed on nearly any budget.  So what's behind the coin that has captivated hundreds of thousands over the past century?

With several denominations having already undergone a design change complying with the twenty-five year production law contained in the Coinage Act of 1890,   by 1912  the nickel was next in line.  Upon request by then Mint Direct,  Abram Andrew,  Chief Engraver Charles Barber submitted several deigns for a Washington Nickel to replace the current Liberty Nickel of his design.  At the same time, sculptor James Earle Fraser had created a new design originally slated for the Cent which the Director felt more in line with those designs already being struck for other denominations.  With the support and backing of Andrew, incoming Director George Roberts concurred with approval moving forward with preparations to begin production in 1913.  As is the case in a government of the People,  resistance to change drew complaints. In the case of the nickel those came largely from the Hobbs Manufacturing Company who produced coin operated machines, primarily one's used in counterfeit detection.  Despite repeated assertion from the Mint and Treasury Department that no changes would be made as to the size, shape or weight of the new design. So for the last half of 1912 and into the new year, Treasury Secretary Franklin MacVeagh and Director Roberts addressed each concern as they arose.  With the company's unrealistic  demands proving more and more difficult, the Secretary approved the design and production of the new Indian Head Nickel, the striking beginning on February 12, 1913 and in circulation on March 4.Perhaps the decision came in the form of an odd twist brought about by the Hobbs Company.  Apparently they had over asserted their claims of accuracy in detection sighting the Hudson and Manhattan Railway Company as their biggest and most satisfied customer.  The rail company was in the process of removing the machines to the contrary based on performance.

Despite  it's beautiful design and initial success with public the new nickel became wrought with problems. The first rose within weeks of production as die wear had reached extreme limits. Charles Barber informed the director that breakage and wear were at three to four times greater than that of the previous nickel.  As a direct result having them strike up fully was a major issue, along with quick wear of the date on the obverse and FIVE CENTS on the reverse.  With permission, he immediately began refinement of the design.  With Fraser's approval, a mid-year coin (known as the type two reverse) entered production with removal of the mount upon which the bison stood. Strangely, the new design only increase die wear rather than ease it.  Perhaps this explains why collectors have difficulty distinguishing a very good from a fine or a very fine from extra fine. Which also explains huge price differences in the  grades above almost uncirculated, not to mention the limited numbers available.  Yet a nice upper end circulated set is quite common with limited funds.

And finally, the oddity of 1937 seems to be the key to the series.  A worker at the Denver facility noticed clash marks on a set of dies. The occurrence caused when dies are stored in contact with one another. In polishing the marks off of the die he inadvertently removed part of the bison's leg  and a few thousand entering circulation before being noticed. The  widely known 1937 D Three-legged had been created.

Thank you for this blog...I am currently working on my Buffalo nickel set and I'm about two thirds done with it. I'm in the process of purchasing the 1937 D 3 legged coin and shall get it in a few months. I will share it with you guys when I get it.

It's tough to beat a good BU buffalo nickel. But in circulated grades, I don't think the obverse is very attractive. I find it annoying that the date disappears so easily. Thanks for sharing!

You're right Long Beard, there is a reason the Buffalo Nickel has been turned into a Buffalo Silver Dollar and a Buffalo Half Union, the collecting community LOVES the design. It is the quintessential tribute to our wild and beautiful West.

A great series to collect

Always liked the Buffalo Nickel. I do have a pcgs 3 legged Buffalo. Nice coins. Thanks for a great blog.

Beautiful coin and no more historic one.

Very nice! I love these coins so much. I still need to comb through them and find that 3-legged variety. Cya 'round!

Great Blog! As a fan of these coins (if you need further proof, just look at my pfp) i think they look great, that is when not worn to death. i have a few dated ones, but im sure i have more undated ones i got from friends exceeds my amount of dated ones. good gob!

As most people know, I love anything Fraser, and the Buffalo or Indian Head Nickel is no exception. I own an MS-66 Type 1 and 1938-D Type 2 with soft, beautiful toning. As you say, this is an all American coin.

What a great coin series. I love 'em. Even a silver one for a while. Don't forget the 1936 D 3 1/2 leg. Double dies and restrike mint marks. There are quite a few errors and varieties to collect. This coin has them all. Thanks.

Great review on one of my favorite coins! Thanks for your research! ; )

Enjoyed it. Some call this America's coin with Black Diamond and Frasier finding the different Indians to make one. That's art. To make one out of three. . A great design and history. A hard working coin. Stood the test of time.. Many blogs tell this story I enjoy them all. Black Diamond found a home far from the west. He lived in the Central park Zoo. N.Y. And we were proud to have him. Thanks