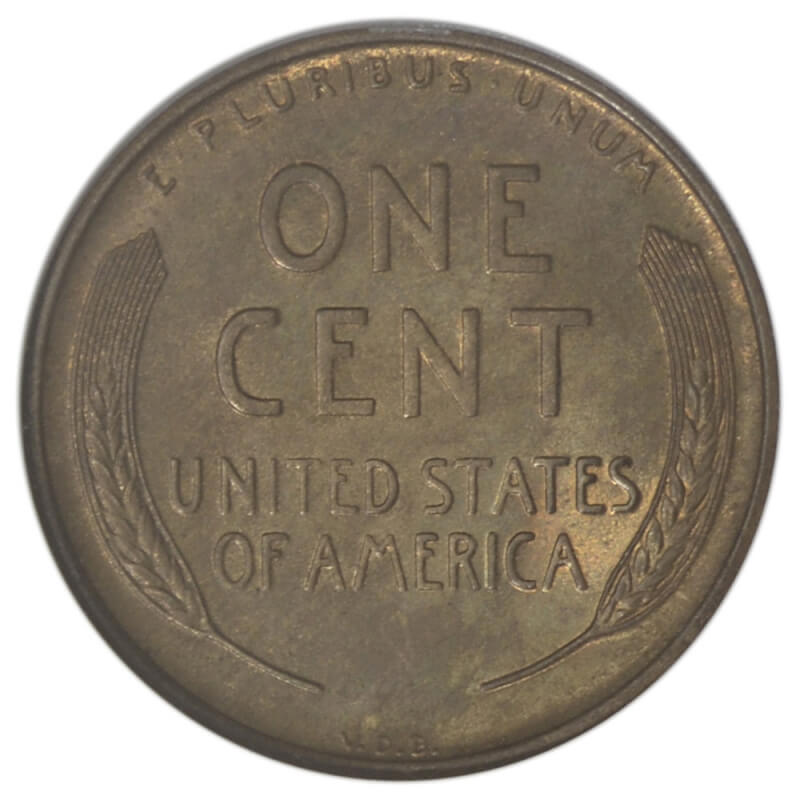 You can buy one of the above beauties for as little as 15 to 20 dollars, and trust me you can also spend a whole lot more on them.  Those of course would be the Philadelphia & San Francisco 1909 Lincoln Cent, VDB, identified by having only a date, no mintmark & an S respectively.  They are pretty common since there were almost 28 million struck.  The 1909 S however, is a bird of a different color, only 484,000 of those were struck.

The story is fun, so for those of you who have read or heard it a thousand times, please bear with me.

David Victor Brenner, (VDB), was born in 1871 in Lithuania, coming to American in 1890 becoming a New York City Jewelry Engraver.  This dude was interested in Medals and Sculpting so in 1898 he went to Paris for three years to study the art.  When he got back to America he spent some time creating hubs & dies to make medals but went back to Paris in 1904.  In 1906 he was back in NYC and by 1907 had become somewhat of a known artist with his work on Abraham Lincoln.

In 1908 President "Teddy" Roosevelt chose him to design a medal commemorating the Panama Canal.  About that time the Premiere Artist and Coin Designer Augustus Saint-Gaudens died, (1907), and the US Mint was looking for talented designers to take over some of the projects left unfinished.   Mr. Brenner was chosen to redesign the cent for the centennial of Lincoln's birth.  VDB had designed a very popular Lincoln Plaque a couple of years earlier and this was a major influence in his new Lincoln Cent Design.

On August 2, 1909 this coin was released to the public.  Initially it was a major success, the public lined up in droves to get the new coin.  Why some enterprising newspaper boys were selling them for three cents a piece or three for a nickel, or four for a dime!  Soon there were complaints about the initials on the reverse, even though initials of other designers were currently on other United States Coins.  There are other stories about professional Jealousy that is really great reading and I encourage you to read up on it if you have never heard the stories.

AnyWho, the mint responded to the criticism by removing the initials and did not replace them until 1918 and this time in a smaller more discreet manner, with tiny initials under Lincoln's shoulder on the obverse.  This would be the only Circulating coin David V. Brenner ever designed although he would continue to sculpt and work as a renowned artist until his death in 1924.

I have wanted this coin and its "S" mint sister for many, many years.  Every time I found one, it was either too expensive for my tastes that particular period or not of the quality I was searching for.  There were periods of years in between that I did not even look for the coin, it had temporarily slipped my mind.  Recently I saw one here and there and thought if it were in just a tad better condition I would buy one.

This week I found one that is About Uncirculated condition, still not the coin I was looking for, but good enough for now, alas, I should have bought the really, really nice one I turned down for $7.00 in 1980, yes, I've regretted that decision ever since.

I also purchased some random mint condition Lincoln Cent, Franklin and Kennedy Half dollar coins for a series of sets I am upgrading.  More on these coins in a later blog.

To anyone out there willing to Learn from my mistake, 40 years ago when I was young and single with excess money in my pocket, I turned down a 1909 and 1909 S (VDB) Lincoln Cent in a high grade, simply because I though a total price of $10.00 ($7.00 for the San Francisco coin alone) was outrageous. Minimum wage was at $2.33 an hour and I easily could have afforded these two coins.  I chose not to and by a combination of money, poor judgement, inactivity in the hobby and lack of quality coins available at times throughout the years, I have gone 40 plus years without either coin until now.

I am prouder of this 1909 VDB than I am of the higher graded Franklin and Kennedy Half Dollars I purchased at the same time.  The VDB somehow means more, it has finally filled a space in this old collector's book & heart that has sat empty for over 40 years.  Nuff Said!

Photos;   Stock photo's since my photography is so bad

If we are going toGreat story. Oh to be health and stuopid again... Thanks Stumpy I enjoyed this blog. You are not alone..

His medals were great too, it is sad to see what the mint has done to his beautiful designs. The S remains out of my reach for now, but maybe in the future.

Nice coin. I always find the story of the1909 interesting. Enjoy your story.

Good for you! Ah, the follies of youth, but hind sight is perfect vision as they say. I was about to buy a 1909 S VDB a few months ago, but I just couldn't pull it off. Great addition, Stump.

The old saying, "If only I..." has a way of coming back to haunt us. However, today we have the present to make the right buying choices for our collections. For my part, I own a pretty nice 1909-VBD for the VDB slot of my 7070 typeset. That said, I'm so thankful that Philadelphia made their VDB Lincoln cent affordable for me to own! It allows collectors of even the most modest of means the ability to own at least half of the history you so eloquently tell in your blog.

even 40 years ago, that was an ultra bargain price for those two, I feel your pain.

Wow, if I could travel back in time I could buy so much with $20. My 1909 VDB I got from my grandfather, who is a devoted numismatist. Thanks for the blog!

I enjoyed the blog very much. . Lots of history in that cent. It's a big part of our history. I have a few but one I like is the DD obverse. Thanks for your work I enjoyed this.

Sounds like you and I are similar Stumpy. I recently purchased a 1909 VDB and I'm also proud to have it in my collection. Unlike some folks (Bama), LOL, I also could not afford the infamous "S" VDB version. I placed mine right along with my Flying Eagles and 2019-W which are in my "Special Slabs" red box. Great post Stumpy! Thanks for sharing your experience.

Lincoln cents are so popular, especially for us older collectors. I still love looking at a Lincoln cents from the early dates in a high condition. 1909 VDB is a great cent and affordable. Great addition to a collection.