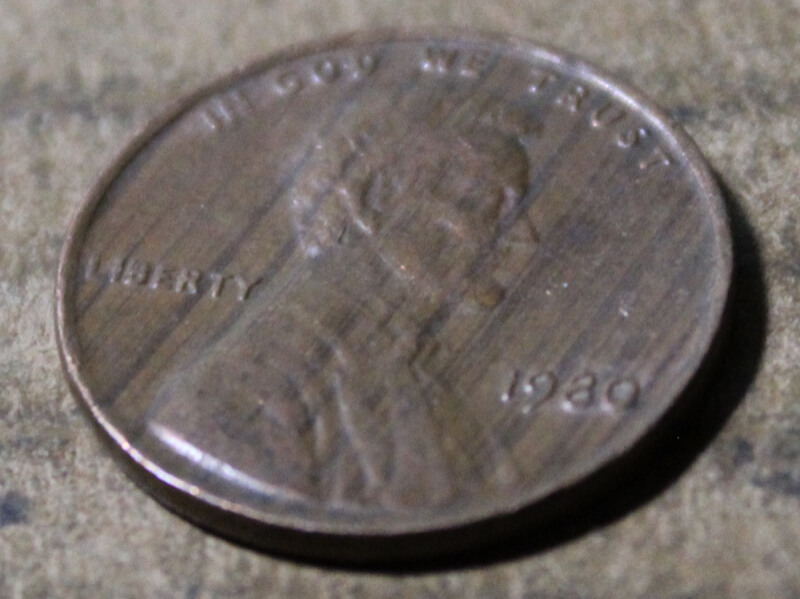 This blog is going to be about a bunch of recent coin roll hunting finds.

I recently was able to pick up a box of cents, a box of nickels, and 7 rolls of dollars from my bank. In the dollar coin rolls, the only notable thing I found was actually a really cool find. It was a 1981-P Susan B. Anthony dollar in decent shape (although not the greatest shape). This is a cool find because these coins were only released in mint sets, and (because they were only released in mint sets) it's super low mintage (only 3 million!), plus I needed it for my album! In the nickel box, I found 5 main things (along with some minor DDRs that I haven't gone back through yet). I found a nice 1920 buffalo with a little clashing under the Indian's chin on the obverse, a 2005 Canadian nickel (a first for me), a 1970-S Impaired proof (with a very minor DDR), a 1945-S war nickel (my first war nickel with a mintmark other than the common P mintmark), and lastly, (kinda funny) there was a 2021-P dime loose among the rolls in the nickel box. In the pennies I found several errors, multiple varieties, multiple wheats, and a couple of other finds. I found 10 wheats including a 1920. I found a super nicely toned 2014 cent and a 1980 cent with roller lines. I also found several different die clashed shield cents and die clashed memorial cents. I also found a strike through 2021 cent and several DDO and DDR shield cents. Lastly, I found a couple of DDR memorial cents and even an RPM memorial cent.

Here are what the pictures are (in order):

On a side note, keep an eye out for another coin update from me sometime next week. Why? Because I just ordered my coolest coin order ever! I was going to order a couple of half dollar boxes and some other denominations, but since my bank told me that they couldn't order anything for customers besides halves and dollars, I decided to go all half dollar-I ordered 3 boxes of halves! Let's just hope they aren't all brand new 2021s.

Anyways, thanks for reading this blog, enjoy the huge amount of pictures, and have a great day!

Great finds! You are the luckiest coin searcher! ; )

Great finds and great pictures. Keep us posted. Roll searching blogs are a favorite of mine. Like seeing what finds are out there. Learning quite a bit.

Nice RPM! And Mike, was that last sentence intended as a pun?

You are in your favorite lĂ­ne, great observation of information, details. Great hunting and great work .

Good hunting. Like I said with billions being made you will find many of these. You will find the one. If you keep going. Most do t own a microscope . So we don't see them. Keep going your on a roll!