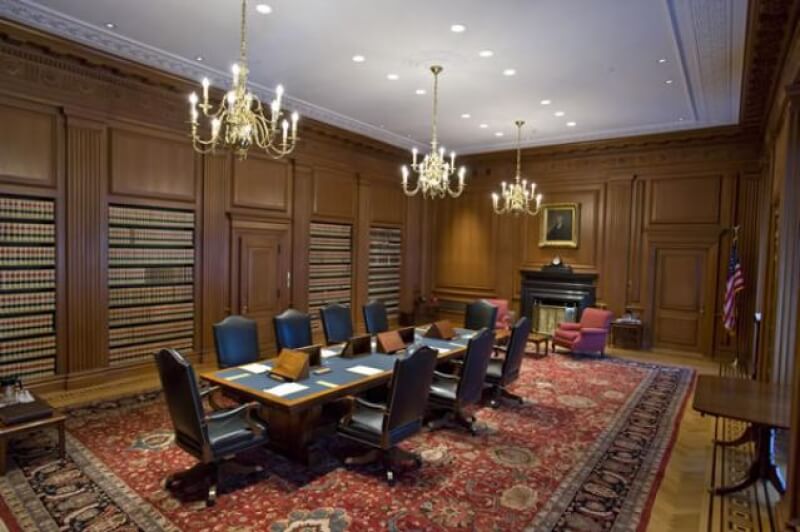 On Thursday, April 13, 2017, the United States Supreme Court met in conference to consider petitions before the Court. Among those petitions considered was the Petition of the Langbord Family appealing the en banc Opinion and Order of the United States Court of Appeals for the Third Circuit granting title of the 10 1933 St.Gaudens Double Eagles to the United States government. The Petition for Certiorari has been denied.

This ends the legal saga of the 10 Double Eagles. They will remain in government hands and they have been lost to the Langbord family. I do hold strong opinions of this case, opinions which differ from many, if not most, in the numismatic community. However, this is not the forum in which to explore those. This is merely a news story.

Quite a story - indeed. Only time will tell where these coins end up. No matter what happens the story behind them will always remain.

all i am concerned is the gov melting them unlikely but you never know,

I, too, am concerned about that. All legal reasons to melt them have now expired. There are ways that these publicly owned assets can be put to public use, namely public display. At least one should be at the ANA Money Museum. Another should be at the American Numismatic Society in New York. Others should be placed at Federal Reserve branches that have public displays, such as the one in Chicago.

Thanks for the update, and the photo too. I cannot imagine a copyright law would cover use of a photo if properly credited and used for educational purposes on a non profit's website, but what do I know. The law does strange things. It's not like you are saying the table they use looks ugly, you are giving out important news information. But then again I'm a truck driver. I also agree with you, apparently a lonely position reading the other comments. Stolen goods are stolen goods. Too bad for the family, I am sure it would have been awesome for them to hold the coins as their own personal legacy, but law and truth reign supreme.

Copyright is far more of a "sticky wicket" than most people realize. My own photographs sometimes appear in The Numismatist, and I have granted the ANA non-exclusive use of all my photos for the promotion of the ANA. its events, and the hobby at large.

I hope they are not melted down too. It would be nice if the government put them up for auction!

Never gonna happen. They will have one of two fates - museums and/or the melting furnace.

I don't believe in profiting from stolen goods but I also don't agree with the government deciding what numismatic items are legal to own. What is to keep them from deciding that the 1913 Liberty Nickels or any number of patterns are illegal to own. Watch out if you own an 1804 dollar. I just feel like this could steam roll in to something much bigger.

I will also add that ALL recovered 1933 $20's, including the Fenton/Farouk specimen, have been traced back to Langbord family patriarch, Israel Switt. The only two not to have run through Switt's hands are the Smithsonian's two specimens.

What is to keep them from deciding ...? In a word, precedent. They have never sought to get those pieces back. In contrast, the government has ALWAYS sought to get all 1933 $20's back, and has handily succeeded, too. Not just these 10, either. Up through about 1950 or so, several others have been recovered.

I never understood why this coin is illegal to hold while 1933 $10 are. I hope these historical coins are not destroyed.

Here is the answer you seek - all 1933 $20's were struck AFTER President Roosevelt's order. The $10's had already been struck and were in commerce. Not much, but in commerce nonetheless.

Too bad the people original involved are not around, too find out the real story!

That's why we had a trial jury several years ago. They decided the coins were stolen, probably by an inside accomplice of Mr. Switt's.

We have met the Enemy and He is US!!! Maybe at least they will go on display to the public somewhere.. Thanks for the sad inevitable news!

Might I suggest display at a li'l ol' coin show in say, just to pick a time and place at random, ohh, first week of August in Denver?

I'm a huge fan of this outcome. Receiving stolen goods is a crime.

Well big brother wins again. I really don't think they had a chance. It's a shame and I'm sorry to here it. Will we ever know the whole truth. I doubt it. Thanks for the news. Mike

The legal system got this one right. We sometimes get all wacky when gold coins are involved. It's a tendency we need to be wary of.

Sad for the Langbord family. This story and these events will become part of the legend of the 1933 Gold Double Eagles.