Members make the American Numismatic Association a magnificent organization. They bring the highest of ideals and an abundance of enthusiasm to the hobby of numismatics. The ANA invites you to help us recognize the contributions made by your fellow numismatists.

The ANA educates and encourages people to study and collect money and related items. To identify those individuals and organizations that have supported and promoted the mission, the ANA presents awards each year in conjunction with the World's Fair of Money®.

Your nominations are vital if we are to recognize those individuals and organizations that are exceptionally dedicated.

Thank you for your participation in honoring the outstanding individuals and organizations within our wonderful hobby of numismatics. 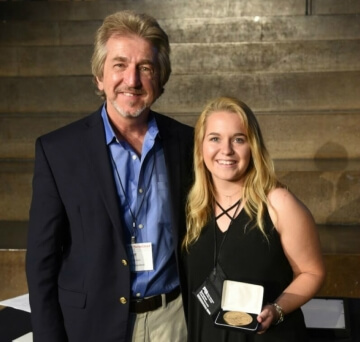 Numismatics is more than just coins, paper money, tokens and medals. It's people.

To perpetuate and enshrine the names of the most important numismatists of all time, the American Numismatic Association established the Numismatic Hall of Fame at its headquarters in Colorado Springs, Colorado.

The brainchild of Jack W. Ogilvie, a Hollywood film writer and editor who served as ANA historian from 1950 to 1970, the Numismatic Hall of Fame was created in August 1964.

A constitution and bylaws were drafted that year, and the first inductees were named in 1969. The next group was enshrined in 1970, with subsequent honorees inducted every two years thereafter.

As trustee of the Numismatic Hall of Fame, the ANA ensures that the intent and purpose of the shrine is preserved without bias or prejudice. Prior to each induction year, nominations are accepted from the membership.

After review by a five-member Hall of Fame council, the names and qualifications of the nominees are passed on to an elector panel. Members of the council, the ANA Board of Governors, and ANA appointed officers and staff are ineligible to serve as electors.

The Numismatic Hall of Fame at ANA headquarters features photographs and brief biographies of a selection of the honorees. 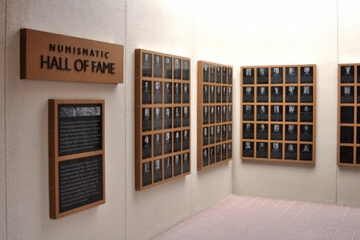 Maintained by the ANA at its Colorado Springs headquarters, the HOF elects individuals in alternating annual cycles. This year, "Historic Era" nominees (individuals deceased more than 25 years prior to induction) will be considered. Candidates are not required to be present or past ANA members.

Nominations are accepted October 1 through January 15.

Celebrating the best in numismatic writing.

The ANA Literary Awards honor those hobbyists whose writing ranks among the best of their peers.  ANA Literary awards are announced annually at the World's Fair of Money.

The American Numismatic Association presents literary awards to outstanding young writers. Each category is named in honor of a Whitman author dedicated to educating the next generation of numismatists. YN Literary Awards are announced annually at Summer Seminar. 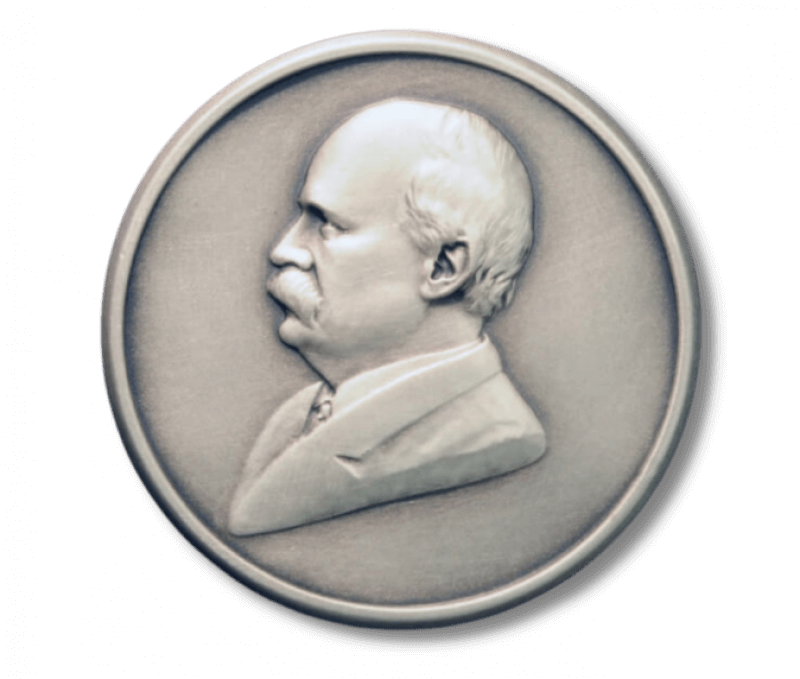 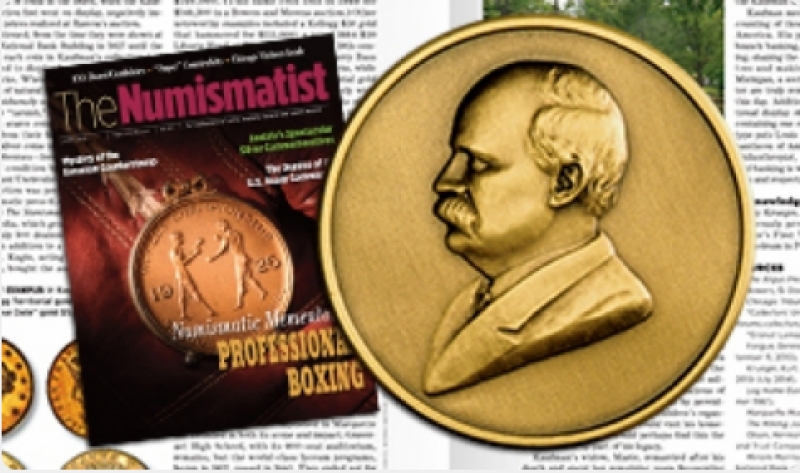 Submissions for the ANA's annual Barbara J. Gregory Outstanding Club Publications competition are accepted January through March. Honors are presented at the World's Fair of Money® in four categories—local, regional, specialty and electronic. The contest is open to clubs that are current with their ANA dues and do not have an elected or salaried ANA officer as editor or assistant editor.

Judging Criteria: Publications are rated on a scale of 1 to 5 (1-poor, 5-excellent) in the following areas: General appearance/appeal; consistency of format; neatness/readability; presentation of club-related news; presentation of numismatic/scholarly info; aptness/quality of illustrations; and originality/creativity.  The size of the club and the amount of funds expended is not a factor in judging.

For more information, contact the Publications Department at omccommons@money.org.

The Howland Wood Memorial Award for Best in Show Exhibit was first presented in 1952. It is named for one of the ANA’s longtime and dedicated numismatists. During Howland Wood’s lifetime he served the ANA as its general secretary, a member of the board of governors, and both editor of The Numismatist and curator of the collections. The Howland Wood award is the most prestigious award given to exhibitors by the ANA.

The Collector Exhibits at ANA Conventions is one of the best attended and most interesting parts of the show. There are educational displays on every area of numismatics from ancient coins and artifacts, tokens and medals, world coins, to modern United States coins and paper money. The individual creativity is rivaled only by the quality and variety of the items on display. Each display invites the viewer to Discover and Explore the World of Money.Members are invited to share their knowledge, research, creativity and collections with other members and the general public at ANA's annual conventions by preparing and displaying a numismatic exhibit.