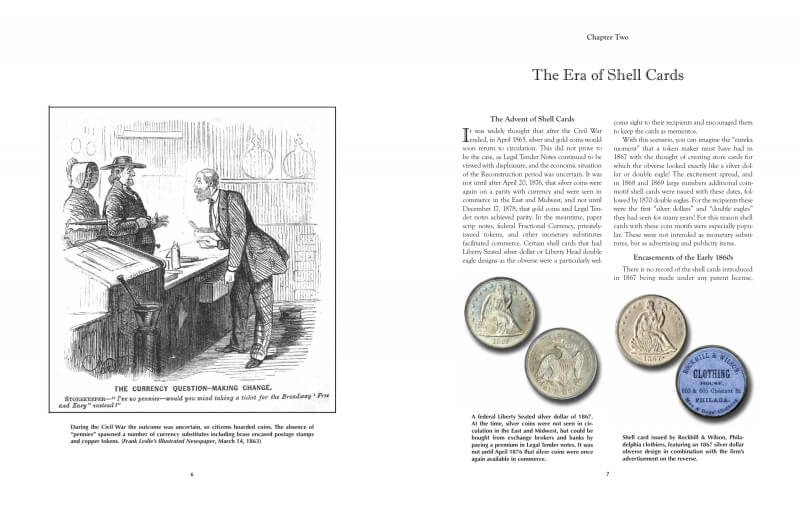 The Token and Medal Society recently released a new book by Q. David Bowers, The Token and Medal Society Guide to U.S. Shell Cards 1867-1880. One might think that catalogs exist for all major US token series, but shell cards have been all but forgotten by the numismatic community. Early attempts to catalog the pieces were published in 1881, in 1920 (in The Numismatist), and 1961 in the TAMS Journal. Dave Bowers has addressed the need in his new book published by TAMS. The book was further supported by the Central States Numismatic Society, Steve Hayden, Jeff Shevlin, and the Southern Idaho Coin Club.Over 1,000 shell cards are cataloged and most are pictured in color approximately actual size.As is typical for a Dave Bowers book, shell cards are placed in their historic context, manufacturers are identified and linked to their products, and historic background on the businesses issuing shell cards is provided when it was available.Shell cards are rare. Perhaps that is why they have been overlooked for so long. More information about the book can be found on the TAMS website, www.tokenandmedal.org.