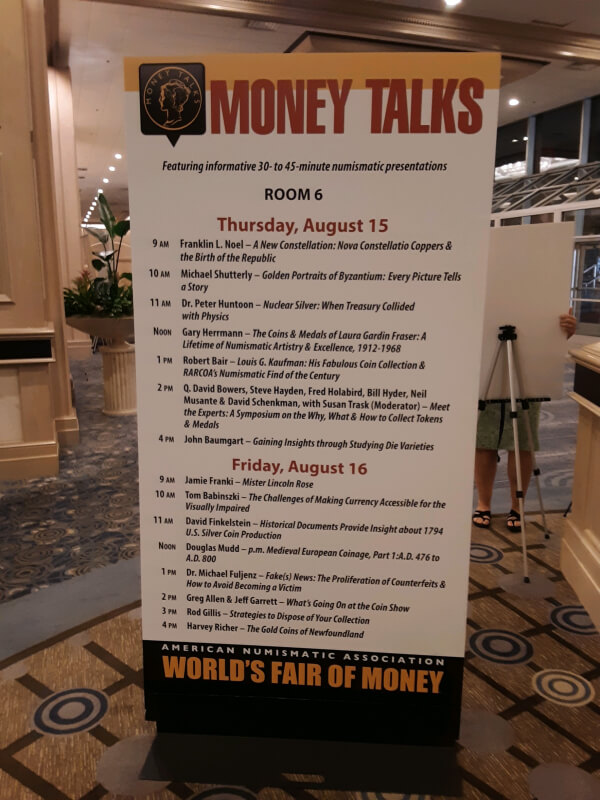 The first thing my wife and I did upon our arrival in Chicago for the ANA's World's Fair of Money was to find the room that in a mere 24 hours I'd give my Money Talks presentation. Room #6 was a 30-foot by 41-foot conference room with a large and elaborate chandelier in the center. Against the length of the room near the wall were two long tables separated by a podium. About fifteen feet to the right of the podium (presenter's left) was a large movie screen. In front of the podium there were roughly 75 chairs arranged in rows with a center aisle. We were both generally impressed with the room and if I thought about it I might have been a little overwhelmed. However, with lots to see and do at the World's Fair of Money it never occurred to me. 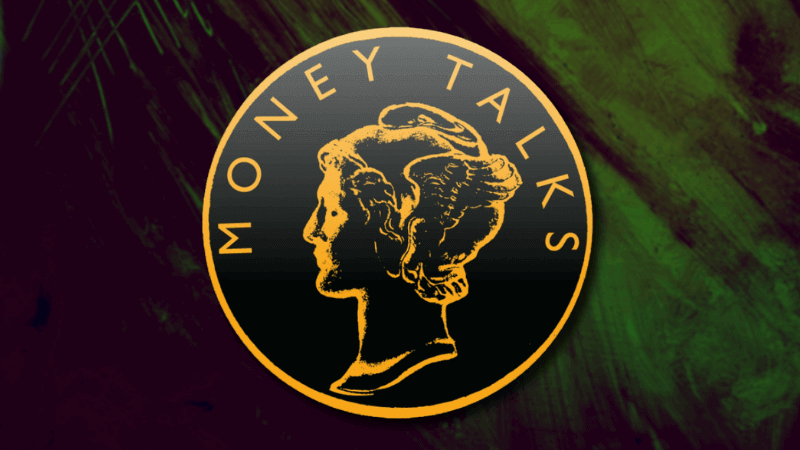 The making of this Money Talks presenter starts with little or no fear of public speaking. Sometimes I think I was born on a stage or behind a pulpit. I’ve performed Christian themed pantomime dramas before thousands of people (not all at one time) and on occasion stood in for my pastor at church. Accordingly, if I’m passionate about a topic I can speak on it and there’s no denying that I’m passionate about Laura Gardin Fraser.