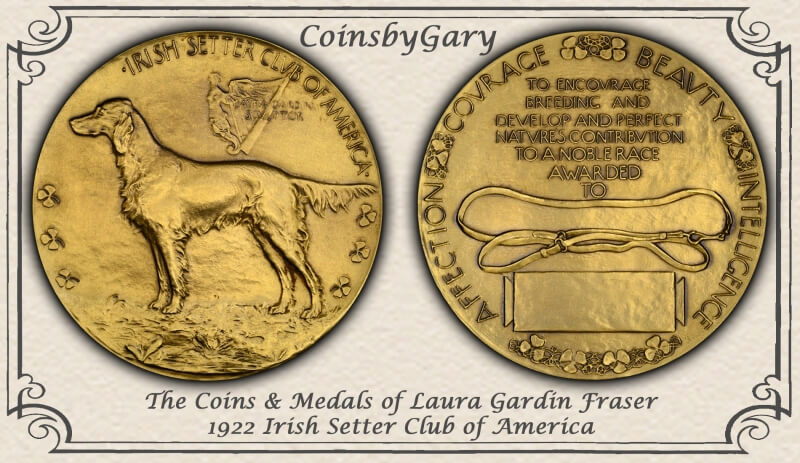 19 Mar 2016
My new set is beginning to take form with this description of what it is all about:

Every pioneer who paves a new trail, marks a trail for others to follow. Laura Gardin Fraser (1889-1966) is the first women ever to design a US minted coin or for that matter any other world coin (The Numismatist July 2013, p. 35). As a result, this has opened the way for many other talented female sculptor/medalists to break into what had been exclusively the realm of men. That said, I don't get the impression that Laura Gardin Fraser was particularly pugnacious about breaking down barriers. Rather, I believe it was her love of sculpture and artistic expression combined with her artistic prowess that marked the trail for others to follow. Thus, as a result of my admiration of Laura Gardin Fraser as a person, pioneer and artist I created this set entitled, "The Coins and Medals of Laura Gardin Fraser".

Even though Laura was the wife of famed Buffalo Nickel sculptor James Earle Fraser, she was certainly a sculptor in her own right. Some have incorrectly claimed that Laura Gardin Fraser's success was based on an undue influence from her husband, but the truth is that James had always encouraged her to be individualistic. Laura is quoted as saying this about her husband, "He was a great teacher," Laura recalled. "Jimmy had the rare quality of being able to recognize what someone felt. He never liked to work in one specific manner. He encouraged individualism. Everyone loved him-especially me." (The Meadowlark Gallery) Thus, I intend to showcase many of Laura's coins along with some of her 100 plus medals in the body of this set (The Numismatist July 2013, p. 35). Through her numismatic creations, I hope to catch a glimpse of Laura Gardin Fraser's heart.

I also intend to gather my facts from reliable sources such as "The Numismatist", various websites like "The Meadowlark Gallery" and books from my personal library such as "End of the Trail: The Odyssey of a Statue" (1973) by Dean Krakel. Then when I make an opinion based on a known fact I will name the source in parenthesis.

From a numismatic standpoint, this set will prove to be quite a challenge. While the coins are all readily available, many of the medals are not. The medals can be divided into two categories. The first are those medals intended for sale to the general public, such as the "Society of Medalists" and the "Hall of Fame for Great Americans" series. The second are those medals given out as an award. This category includes such medals as the 1913 "Better Babies" medal and the 1920 "American Army and Navy Chaplains Medal". As a category, the second will be much more difficult and expensive to acquire. Difficult in that examples of these infrequently appear for sale and expensive as they tend to be much rarer. Therefore, this set will likely be years in the making and probably never complete. Still much of what I enjoy about this set is the "hunt" for new pieces.

Finally, I find it most interesting that prior to 1921 no woman had ever designed a United States coin and then only 60 years later to have Elizabeth Jones become the chief engraver of the US Mint. Consequently, I can reasonably conclude that women have gained a much more prominent role in numismatics based on their artistic skill. This then is as it should be.

This is a link to my new set, as always there is much more to come!
Gary

Gary, That is a wonderful blog full of info.. Your Registry set is outstanding. I can't wait to show my wife this. She is a huge fan of the Oregon Trail Commemorative and Laura G. Fraser. Thanks for sharing and looking forward to much more!

Well I saw the coins! Was I surprised to find out I own two of them. Great coins loved them all! We have the same taste in some coins mike

This is very informative! I especially enjoy the video "The Medal Maker", Thank you also for sharing a portion of your registry set.

Absolutely an excellent blog. This woman paved a way in history for women. I never heard of her but she seems to be remarkable. I'll see if I can check out the video. I hope I can. Can't wait to see it. Lots of luck with you collection. I hope you find those medals. Thanks for taking the time for putting all this together. I learned a lot today. Thanks to you. Great work. Mike