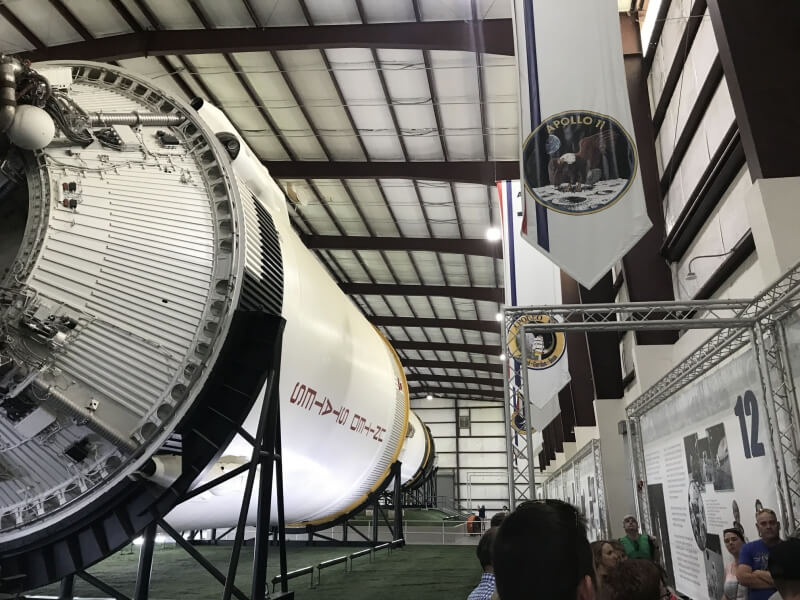 I recently took a trip to the Houston Space Center and was really looking forward to seeing a Saturn V with my own eyes.  As a youth, like most of my generation, I really wanted to be an Astronaut studying every image I could find of the lunar missions.  The video of the Saturn V with chunks of ice cascading down as it cleared the platform was always impressive.  The idea of launching what was basically a skyscraper toward the moon was unimaginable.  Almost as much unimaginable as the fact that it has been over forty-five years since anyone has set foot on the moon today.

So what does this have to do with numismatics?  Well it is Apollo 11 and more specifically the mission patch which first appeared on the 1971 Eisenhower dollar.  It was in use the entire run of the Ike series with the exception of 75 and 76.  This though was not its last appearance as the design was used again on the much smaller reverse of the Susan B. Anthony dollar.  Which though the SBA dollar was never loved it did celebrate an important milestone for the space program as it first appeared in 1979, the tenth anniversary of the landing on the moon.  Then after disappearing for well over a decade it was reissued again in 1999, the thirtieth anniversary of the landing of Apollo 11.

That said maybe the most appropriate issue the mint could produce next year would be the Kennedy half with the reverse borrowed from the Ike and SBA dollar for the fiftieth anniversary.  At least this is something that could make it into pocket change in lieu of overpriced collector coins and how symbolic too.  The president who proposed the challenge with the mission patch on the reverse to honor the challenge met.

That is a great idea! I would love to see some coins with a space program theme. Sounds like you had a fun visit in Houston too! Really good blog. Thanks!

I like it. I would enjoy a half buck coin actually circulating.. I don't think it will happen but I like the idea. People don't want big change in their pockets.. I hope it happens though!

I would love to see some Space commemorative coins issued. The rest of the world has been doing it for years.

I was a big fan of the space program & would love to see special commems, with all-new designs.

That is food for thought. It would be great to see the half and dollar coins circulate.

I would like to see that. I have a few Apollo 11 medals. I think that would really bring some young children information on the landings.

Interesting but Kennedy half are not expensive. Twenty dollars very few go for hundreds varieties doubled die. I didn't know they took that to make the dollar. Thanks .Mike.