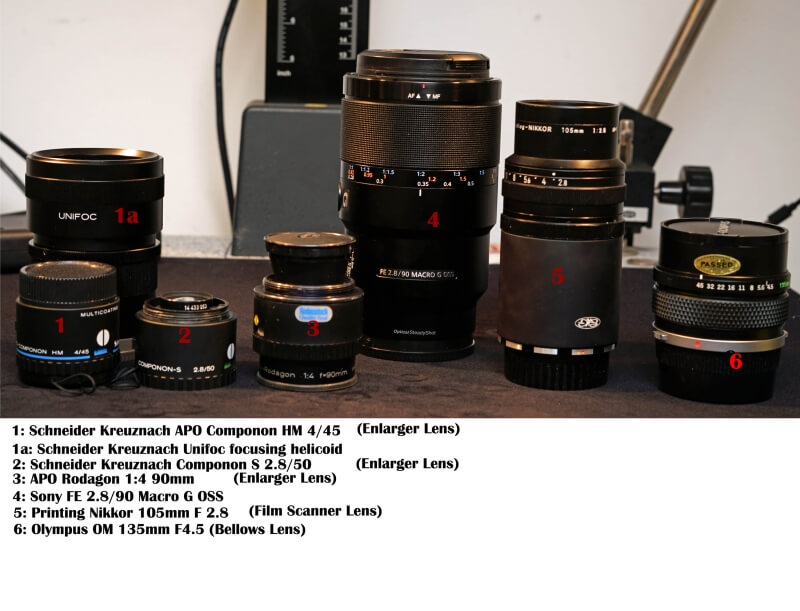 After reading my 11/22/2015 post alphaNumis  asked "What camera and macro lenses are you using?"   this blog is in answer to that question and takes it a little further.

My Camera is the Sony A7rII, a 42 mp full frame mirrorless Camera.  I know many reading will know this already but for others; Full frame means the Camera has a 36mmX24mm sized sensor.

Most DSLRs and Mirror less cameras today are APSc  meaning they have a 25.1mm Ă— 16.7 mm  sized sensor.    There is one other option (excluding the very expensive medium format cameras) which is the Micro 4/3 mirror less cameras which have a very small sensors (18 mm Ă— 13.5 mm).   Now each of the three sensor sizes can take perfectly adequate Coin photographs, however as a general rule APSc is easier to use than Micro Four thirds and Full frame is easier than APSc. The reason being is diffraction (rather than explain it fully here have a look at this link:  http://www.cambridgeincolour.com/tutorials/diffraction-photography.htm )

An 18mp micro four thirds sensor will produce diffraction at lens apertures higher than F 7.  This means for good coin photos you need to use apertures less than 6.  This will limit lens options.

Everything in Photography comes down to compromise, although the risks of diffraction increase with a smaller sensor there is another advantage. DOF is an important consideration. Normally to get the whole of a coins surface in focus we use higher F numbers (meaning a small aperture (Higher F number) increase the risk of diffraction. This is compensated by the fact that a smaller sensor has a better Depth of field at given aperture than a larger sized sensor at the same aperture.   So although the risk of diffraction (results in blurred details) increases with  large F numbers, with a small sized sensor the depth of field can be more favorable at lower F numbers; for a much better explanation:   http://www.cambridgeincolour.com/tutorials/digital-camera-sensor-size.htm

Camera recommendations can bring the worst out of people.  The Camera I use was rated as the best camera of 2015. However I wouldn't call it the best Camera in the world. It has some quirks that do irritate me. Also I prefer mirror-less camera's some people prefer DSLRs.  The reason being in normal photography I have a number of film era lenses( pre digital camera era) and those lenses perform brilliantly on mirror-less cameras, particularly full frame sensor's because that's what those film era lenses were designed for.  A caution here the legacy lenses I use were not cheap when sold new and likewise they are expensive to day. Cheap lenses generally perform poorly.  There is another point here, if you hadn't picked it up already; Unless you're a coin dealer I believe you camera choice for photographing coins should also be influenced by how you want to use the camera in everyday life. To me spending a lot of money on a Camera for just imaging coins is not a good idea.

When I started to learn how to photograph coins ( 2013 summer seminar)  two camera  types were recommended Point and shoot, and of course the DSLR.   The market has changed a lot since then but there are still only two good choices for Camera's but now it is Mirror-less and DSLRs.  As a fan of MIrrorless I would put this Camera type ahead of DSLRs. But I know well a DSLR user would have a very different perspective.

If someone asked me what would be the best starter camera I would naturally give the advice I wish I had been given, that being:

If , like me, you are a coin collector who wants to take good photos of your coins then start out with a second hand APSc, Mirror-less Camera.( From Adorama.  B&H, or KEH).  A good camera store is better than ebay and many of the main camera stores have good second hand departments and provide  limited guarantee's. You can then develop your skills with that Camera and then when able migrate to a more expensive Mirrorless   or DSLR.

It is tempting to go straight to a DSLR, but if you do that you will probably be stuck with that brand choice for the rest of your life. Cameras bought new loose value the moment you take them out of the shop so getting a good second hand camera is a cheap option.

For a Coin shop or Auction house mirror-less, at this juncture is not a good idea. In the USA Canon and Nikon have a very mature products and there is considerable support, you can control the camera from a lap top and you are likely to find supporting equipment and software for such Camera -PC tethering cheaply. You can tether Mirrorless cameras but often the software is not as well developed as that for Canon and Nikon DSLRs' there is one exception to this  if you use an IPad or android  tablet, Sony mirrorless cameras can seamlessly interface with them , via wifi, NFC, or by wire, making  the loading of images to Ebay etc extremely easy.

Without going into my reasons If i did decide to by a DSLR I would probably go for a Nikon.

What about lenses?   Camera lenses are like coins; buy good quality lenses and when you come to sell them you will get your money back.    When I obtained my first Mirrorless camera I purchased old Legacy Macro lenses, Minolta and Canon. The Minolta lenses were cheap, and performed cheaply.   The Canon an FD 200mm F4 Macro was relatively expensive wonderful except for one nasty fault, on the high points of coins It would produce blue or red fringes which is caused by  Chromatic aberration. I sold it for what I purchased it for.     I have tried out a variety of lenses and in the photo are the lenses I have settled on. Three of the lenses are enlarger lenses which were originally designed for making enlargements from film negatives.

Lens 1 (and 1a) in the picture is a Schneider Kreuznach APO 45mm F4. This enlarger lens is not usually a good size for photographing coins. The 45 mm focal length means the lens has to get quite close to the coin, which this limits the lighting options available. However to points that are good it is APO (https://en.wikipedia.org/wiki/Apochromat )  and HM  meaning High modulation  so it produces very high resolution images.  These two points really make the close working distance worth coping with.  New the lens costs close to US$1000.00 and the focusing helicoid that came with it over $500.00. I managed to find the focusing helicoid with the lens for under $250.00. It was so cheap I couldn't let it go. (This lens is not fully APO but it is still a very good performer)

Lens 2  It's a 50mm  F 2.8 enlarger lens, there is nothing special about it... but this particular lens( can be found for less than US$50.00 with hunting). It does have a very close working distance but it does produce high resolution pictures. The Rodenstock equivalent also performs well and can be found at around the same price.

Lens 3 is what I would call a safe buy for a beginner, it's not cheap but it is an APO (not fully) produces very nice pictures and with a 90mm focal length has a very nice working distance. I obtained it for just on $100.00 but normally it would cost between $200 -$400.00,   The Schneider Kreuznach version costs (new) over US$1000.00.  This lens is an older type and the newer 80mm is a very good performer. The 80mm would cost about the same.  The price may be scary but if you look after such a lens you will sell it for about what you paid for it.   Just to emphasize the point this lens produces pictures almost as well as the next lens which costs $1100.00

Lens 4 is a  lens specifically designed for my camera. I have only had it for a few months and because it has Auto focus was a real novelty for me. It takes very high resolution photos but can only go to Life size magnification. All the previous lenses can, with extension, get up to 3X magnification.

Lens 5 is the lens many would say is the perfect lens for coins. It is true APO it works in the magnification range of 0.6X thru to 1.5X.  It has not measurable distortion. This lens is a film scanner lens and I was told new the lens cost over $10,000.  I don't know how true that price is but today the lens costs between $1000 and $3000.00 on Ebay.  It is not a beginners lens but if you get one and learn how to use it you will see why people pay so much for it.  However lens four equals it in performance:  both lens 4 and 5 can out resolve my cameras sensor.

Lens 6  It's a lens made before digital cameras and it has to be mounted on a bellows ( or the Olympus extension tube that was made for it).   It has a brilliant working distance it has a fine focus ring and it is a sold consistent performer.  It is my old faithful lens!!!

There is heaps more I could write but for now I will cut this blog off here.

Great information! Well beyond anything I have ever done, but I am sure there will be plenty of others to add to your conversation. Thanks for sharing and I hope others due add their comments!!

Ian, I will be dissecting this post. I need as much digital photography help as I can get. You are far from an amateur... I thought I knew my stuff in SLR Film, but this is whole new bird!!

Thanks for sharing your knowledge. You always amaze me with your amazing knowledge of photography.

Its a nice compliment but I am just a very enthusiastic amateur. I know there are other ANA members with much more knowledge and kill than I have.