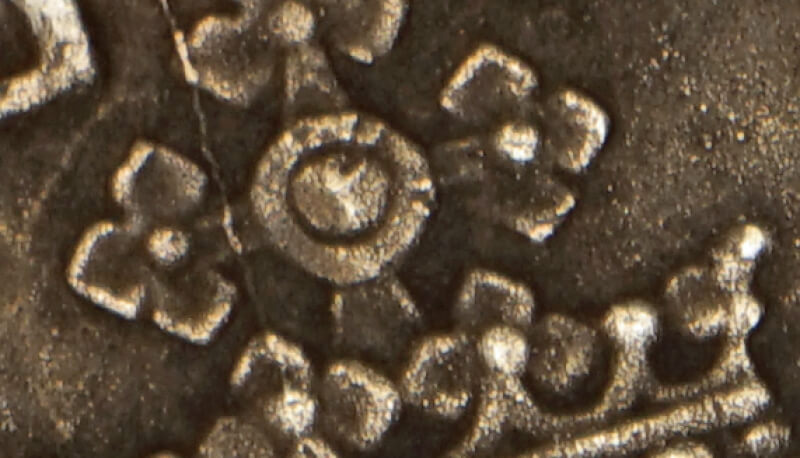 Picking an avatar was not easy.   In the end I picked the 1900 Ethiopian Birr (Ethiopian era 1892). It doesn't represent my main collecting focus but it was a collecting and potential financial win that my main interest "discovered" for me.  As mentioned in other blogs I collect Maria Theresa thalers.  Some have declared the Maria Theresa Thaler (MTT) to be the world's most beautiful coin, it's a claim I wouldn't make, I would actually rate the MTT as being one of the world's less aesthetically attractive coins, and certainly I think the modern buffalo nickel beats it in the looks department. The Ethiopian Birr of Menelik the second (Menelik the first was the son of Solomon, if my memory serves me correctly, His mother was the Queen of Sheba) is, to my eye, the most Regal and one of the most magnificent coins in the world. The obverse is the crowned profile of Menelik II and the reverse has a fantastic rendition of the Lion of Judah, the traditional symbol of Ethiopia.

My example of the coin is a  matt proof example (Total mintage 500 coins). Before I discovered this coin I had no idea what a matt proof coin was, or that they even existed.   Like many others, at my knowledge level, of that time; I always thought of proof coins as shiny with frosted reliefs.   I knew a real proof was struck twice (for good definition of the design) from polished dies.   If you look closely at the second picture a 100% zoomed crop of the first picture, you can see the surface of the coin looks weird with many "pits" not what I once expected from a proof.   The proof dies for this coin were prepared in the usual fashion and then to create the matt effect the striking surface was washed in acid.   This produces the matt effect and my example with very slight cabinet wear (as is typical of this coin; the lions nose wears first), has a dark tone that emphasizes the matt finish.

The story of how I obtained this Birr is the reason for using it as an avatar. Old hands will nod wisely because they too will have had wins like this one. YN's take note: research can find you magnificent coins at cheap prices. It just takes time, research and courage.   The MTT was the defacto currency of Ethiopia during the 19th century and remained important until after the Second World War. As recently as the 1980s it was still being used to pay shepherds in the high country.  When Menelik the second had his own coins struck, by the Paris mint, his Silver dollar sized birr was produced to the same size and weight of the MTT it of course was valued the same (Birr means dollar).  I had a few Ethiopian coins on my hunt list, Ethiopia's first coin( may be another blog), and some earlier coins from Haraar, an important trade town in Ethiopia). An example of the Birr was at the top of that hunt list.

KĂĽnker, a major European Auction house based in Germany, had one for sale in their fixed price list for â‚¬650.00 ( at the time almost US$900.00).   It was described as "Mattiert" meaning matt.  I first looked through Dennis Gills book "The coinage of Ethiopia, Eritrea and Italian Somalia". It was that book that described the coin as a Matt proof and gave me the mintage.   There is also a normal proof version of this coin. The mirror proof has a total mintage of 650.   So my research told me I was looking at a rarer version of the coin. I then went to Krause ( world coins 1901- 2000) I believe at the time it was the fifth edition  the mirror proof was listed and valued at US$1200, US$300.00 more than what KĂĽnker was asking for the matt proof.   The matt proof was not listed in Krause.  Now I knew what I was doing.

The Matt Proof was rarer than the mirror version; it also was going to cost me US$300.00 less than the catalog value of the Mirror proof.   In the worst case scenario I was assured I could sell the coin for what I paid for it (working on 75% of the catalog value). Problem was I didn't have the spare cash.   This is where the courage came in. I had two 1867 Sydney mint sovereigns, I sold one to a local dealer for â‚¬500.00 and made up the difference from my bank account.  In a few days the coin arrived and I was thrilled, as we all are with a new acquisition.    About three years went by before I was able to test my purchase against the actual market value.   Heritage had a sale of the first matt proof birr they had ever seen:

I am not so green as to claim I have a US$ 4000.00 coin in my collection.  I am of the firm, probably arrogant, opinion that coins have financial value at only two points in the collecting cycle. The first is when they are purchased and the second is when they are sold. In between they only have potential value and a lot can happen between buying a coin and selling it.   What I can claim is research found me a significant coin at a very reasonable price, and my risk of a financial loss is very low.  I would actually say that now the financial value is not as important as the story of how I added this coin to my collection.  It marked the point that I had matured considerably in the hobby

That's a great story. Then again most of yours are. Mike

Wow, what an amazing blog! Great information and the coin design screams royalty!

That's a great story! Even a non-collector could gain some appreciation for the hobby reading about this history of the coin and the history of a buy. I've always been captivated the regal design of this exotic piece and the strike, condition, and photograph of this example is exquisite. I beg you to upload the image and description to my Moneta Museum Gallery for numismatics sake! There's only a sad Haile Salassie there now. Quick link (registration required to upload): http://www.moneta-coins.com/photopost/showgallery.php?cat=704