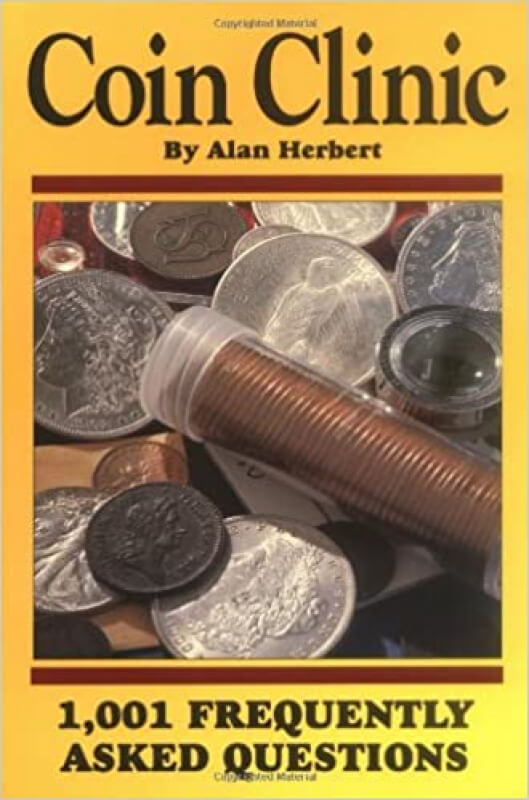 Coin Clinic was written by Alan Herbert. It basically is filled with 1001 questions that people mailed to him, and he made a book out of them. The book has 56 chapters all containing different types of questions! The chapters are things like what different abbreviations mean, or famous hoards of coins, or illegal to own coins. I actually learned so much from this book. I only knew about ¼ of the abbreviations in the abbreviations section, and some of the chapters contained stuff I had never heard of before. One section was entirely devoted to the Blake and Co. $20 Copies, which I had never heard of before, and what I gathered is that it’s another very valuable $20 gold piece, and that there are numerous copies of it that fool people regularly. It turns out one such piece was subject to a lawsuit between different members in a family, but the coin turned out to be a fake! Another thing I learned is that the speediest work by the government in passing the law for a new coin was the copper and nickel 3 cent coin, which was passed in just one day! This book has so many facts about coins, and contains literally hours of reading material. I definitely would recommend this book to anyone who has been collecting for a couple of years. It was a great read, and I thoroughly enjoyed it!