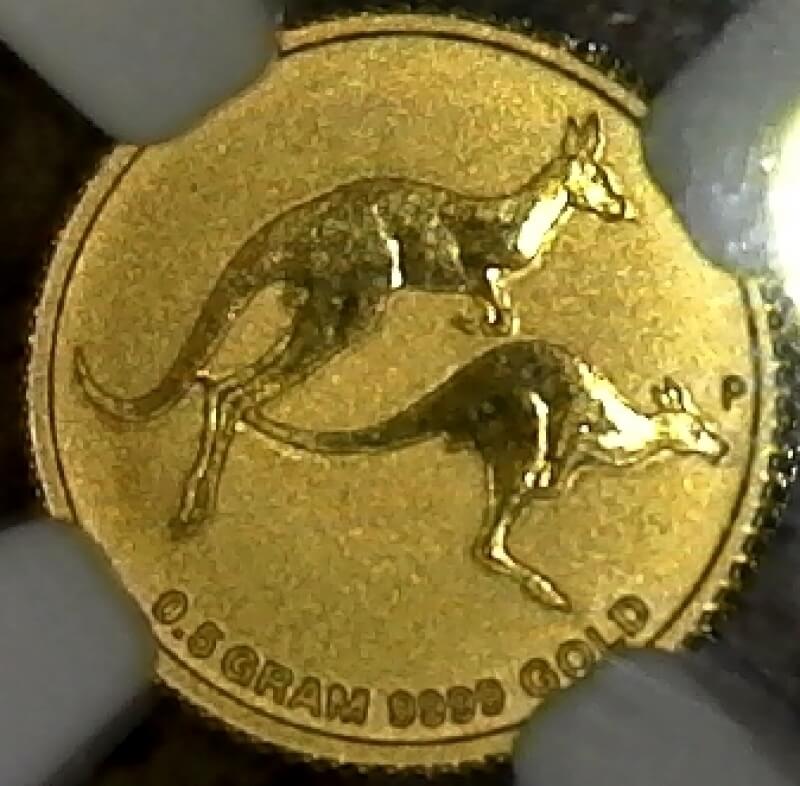 21 Apr 2018
This is the sweetest little coin I've seen in awhile so I wanted to share it with you.   And it just happens to be Gold!  And it hopped right into my collection   ; )   Nicknamed "The Mini Roo",  this is a 2018P Australia G$2 Kangaroo, First Releases.  Graded by NGC as MS 70.   The coin was issued by the Perth Mint which was founded in 1899 and is  the oldest operating mint in Australia.  Some of the specs on this coin include... Diameter 11.6 mm,  Thickness 0.70 mm,  Weight .50 grams,  Purity of gold 0.9999.   The obverse is issued as legal tender under the Australian Currency Act 1965 and depicts the Ian Rank-Broadley effigy of Her Majesty Queen Elizabeth II, the monetary denomination and the 2018 year-date.  The reverse depicts two bounding red kangaroo's and the Perth Mint’s traditional ‘P’ mintmark.  It was designed by Jennifer McKenna.    The Kangaroo which has become so popular over the years that it is now an unofficial emblem of Australia, appearing on various government crests, corporate logos, and, of course, coins.  I hope you enjoyed my blog!  Comments are welcomed.

You can't argue with gold. It's a great coin from a great mint. I like the fact they always use 99.99 silver and gold most of the time. Thanks for the history and information and my personal favorite the pictures. Very well done .Mike.

You are right. This is a beauty of a mini coin. I always like the kangaroos but could never afford one. Now maybe I can. Thanks!!

I always found Australian coins to be interesting. I use to buy mint sets years ago, but quit.