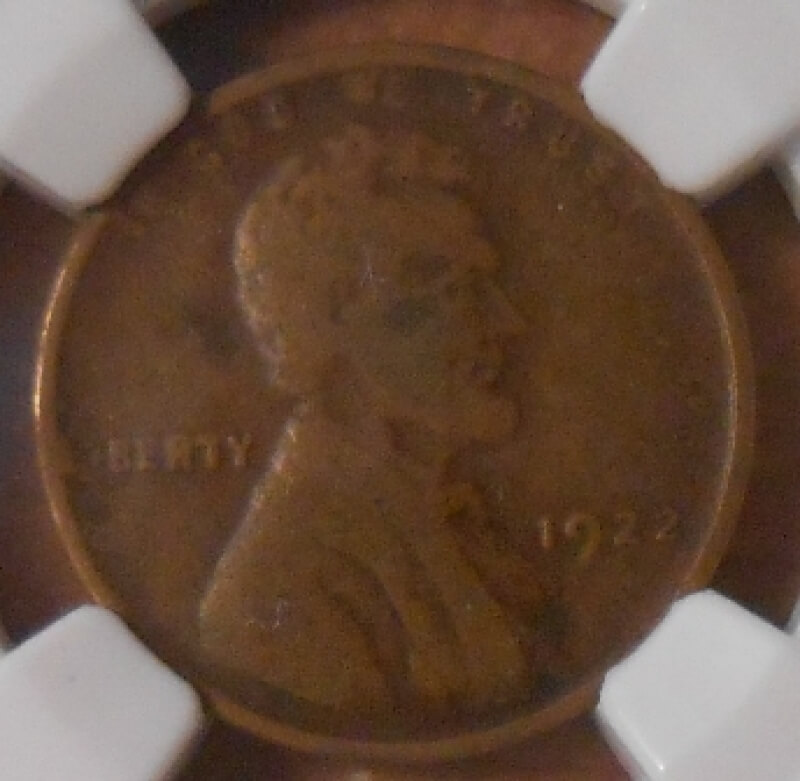 10 Sep 2016
Here is a nice example of a 1922 Lincoln Cent that is missing the "D" Mint Mark. Since all the Lincoln Cents were minted in Denver that year there is no chance it came from some other mint. This specimen is from die pair #2 which means there is no trace of the mintmark and the reverse is struck very strong. Die pairs #1 and #3 have had a "D" mintmark at varying times. They also have "weak" reverses. This particular coin was bought at auction. I was able to get it very reasonable. There were some high end ones that had the crowd hypnotized. I have had this coin some time and want to share it with all today.
SOURCES: "2017 Redbook" and "Cherrypickers Guide 6th Edition"

I'm sorry but I didn't look at the reverse. Your right very strong. For a coin that doesn't get respect try buying it in a MS 66.

Good looking coin! This is one coin in the Lincoln series that does not get the credit it deserves. BTW when I collected Lincolns out of circulation, I never found any dated 1922. Or 1909.

Wow, those are pricey! Obviously, a key date. Do you have a large collection of Lincoln cents?

This was wonderful to see -- thanks for sharing

Great coin. You know some collector's think it easy finding these coins. I know you bought yours at an auction. It's a great pick up no doubt. I think how many coins collector's had to go through to find these! Thanks for the blog appreciate it. Mike

Nice coin. I'll bet your happy to have that in your collection. I would be.

cool coin and great grab on it! did no mean to have so much alliteration

Sounds like you do job of finding nice coins for your collection.

Great find, and I love the photos. Strong reverse is right!