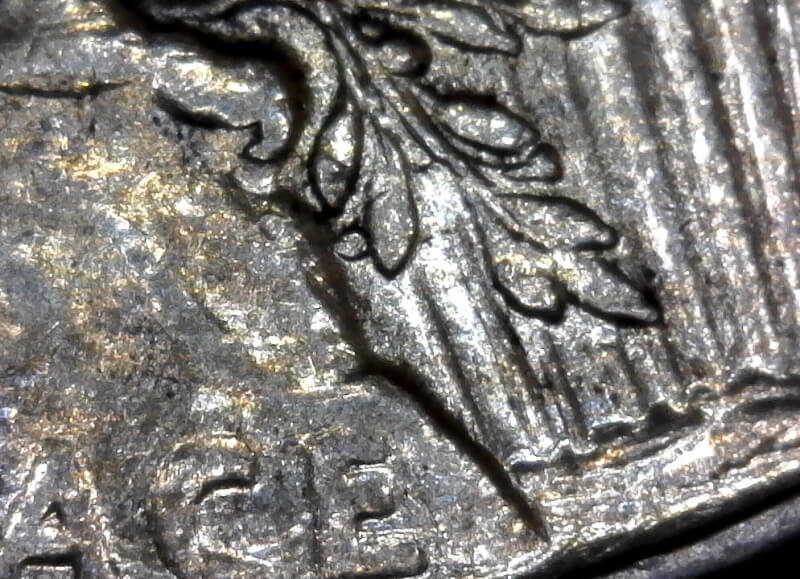 The 4A is a VAM that has a couple of unique features differing it from the 4. I will briefly  describe the VAM 4. The 1926-S 4A is described as " A dot on the reverse". It was discovered by Jeff Oxman in February 1998. Basically it has a small raised circular dot on the reverse of the coin. It lies between the lower left olive leaf and the mound. It also has two tiny dots below the "Of" in "States Of America."

The 4A has these features as well as some addition ones. It was discovered by David Close and revised by Wall Motorwalla in 2015. It was minted with the same dies, obverse II 1 and a reverse die  B-2d. It has an interest level of I-4 meaning it is a major die variety with universal interest to variety collectors. It's Rarity scale is R-5. That means this is a rare variety with only several thousand found. This may sound like a bunch but given the overall mintage of 6,980,000 of is very small. Besides the VAM 4 dot, there is also present many heavy file lines on 6the right side of the eagle, and to the left of the middle of the eagles wing. These were from an effort, at the San Francisco mint to remove clash marks. One must remember these were just common one dollar coin strikes. Nothing special, just a common practice to extend the life of the dies used.

There is also evidence of slightly shortened front rays near Miss Liberties hair as well as beveled front rays and hair, forehead, bridge of her nose, lips, mouth and jaw-neck junction. These are all polish lines in an attempt to remove die clash marks. I find this VAM to be a very nice addition to my set, with lots of things going on.

So there you have it. We start out with a normal, regular hub and die. From there we get the VAM 4 due to trying to prolong the die life. From here we get even more problems in the hub/die combination. As I stated, all this is just for, at the time, was just a batch of dollar coins to be spent by the average man/woman.

Thanks for reading this blog. I hope you enjoyed it and maybe learned something. Please feel free to comment.

Looks like you are building a nice collection of VAM's

Nice one Longstrider, I may have picked up one recently myself, gotta check VAMWorld. Thanks for sharing another great Top 50

I agree with Mikeâ€” so many VAMs they can't be kept track of! There are about 60-70 peace dollars in my family which I should probably take a closer look at

Very cool! I love that little "dot"! That's great! What an interesting area of coin collecting you've' picked out. Good luck on your quest and have fun!

Thanks for a great and informative blog. I never paid much attention to the VAM varieties of silver dollars, but you have made the subject very interesting.

Yes it is. He is very, very good and much less expensive than the TPG. He also does photography. Keep in mind he does NOT grade your coin. He will attribute it, put it in one of those slabs and put his attribution sticker on it. Can photograph it if you want..Does nice work.

Great blog. I love The way you describe the VAM.. I can't believe this series of coins has so many VAMS... You should be close . I can't wait for that. The pictures tell the story. And your sharp eye.. Thanks for sharing your knowledge on these.