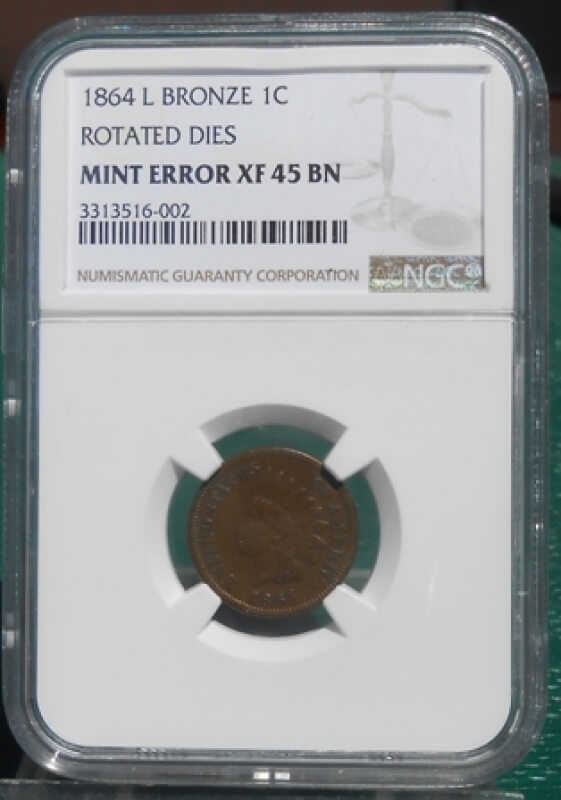 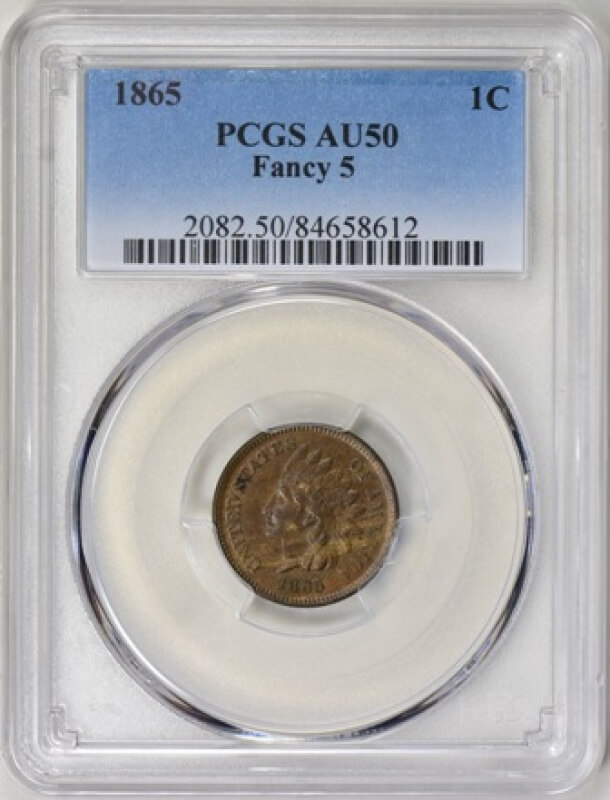 This is the last Indian Cent minted during the Civil War. The 1865 Fancy Five is a variety of the regular strike. What makes it unique is the top line of the 5 in the date. It is more curvy and, well, fancy, than the normal five. Because of the Act of April 22, 1864 the government started issuing Cents in bronze and outlawed the the issuance of Merchants tokens. This was due to the hoarding of all coin metals during the Civil War. The coin was designed by James B. Longacre and has a mintage of 35,429,286. At first it was thought that the Fancy 5 was a rarer strike than the Plain 5. It was found that the Plane 5 is the rarer of the two by a factor of 2 to 1. If one looks at both sides of the coin you can see that the dies were slightly rotated during striking. I purposely sought out this circulated grade. I wanted to hold this coin and think about the different people that also held it and spent it at, perhaps, at a sutler's tent. You can learn about the sutler's from a blog by Mike Burns dated 25 Sept. Civil War Tokens Part V. I highly recommend you read this as it is unbelievable! I feel very lucky to have obtained this coin at auction. It completes my small collection of circulated Indian Cents from the Civil War. Although there still are some additional varieties. I look forward to your comments. Thanks for looking.