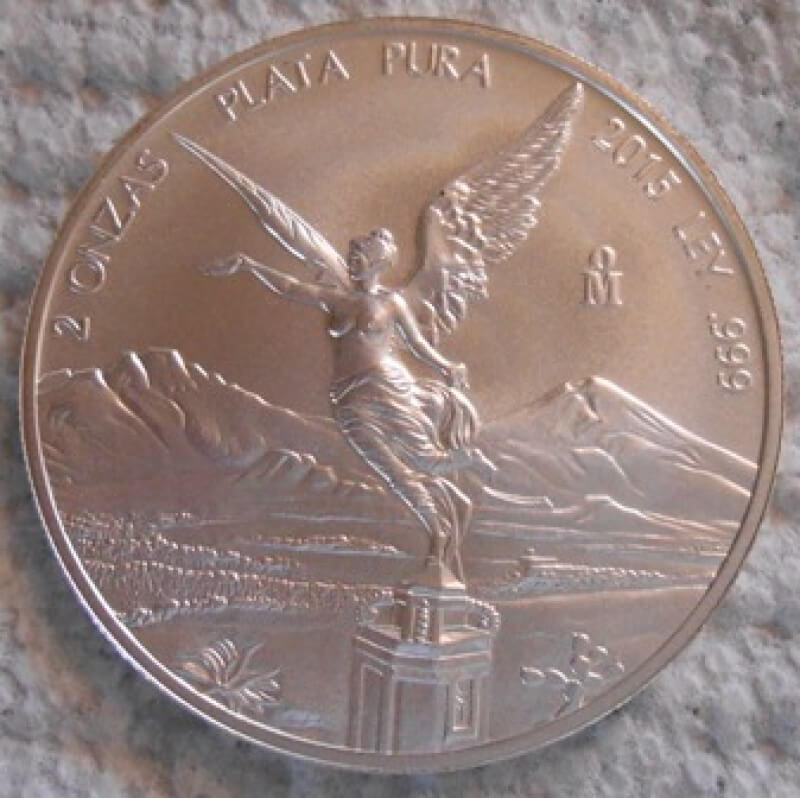 A short while ago I wrote a small blog about a silver round I bought. I mentioned that I usually don't buy them. When it comes to world bullion coins, I do buy them when I see something interesting. I call it when the coin "talks to me". Here are two coins that "talked to me". The first one is a 2012 one ounce silver Hawksbill Sea Turtle called the Taku, which is on obverse. The reverse depicts Her Majesty Queen Elizabeth ll. It has a value of 2 dollars and was minted in New Zealand under the authority of Figi. Toning is starting to creep around the coin.

The second coin is a two ounce silver Mexican Libertad. The obverse shows the Winged Victory statue in the front and the twin volcanoes Popocatepetl and Iztaccihuatl in the background. The reverse shows the Mexican National Shield surrounded by different national coats of arms. It has a value of 2 onzas. It was minted at the Casa de Moneda de Mexico which is the oldest mint in North America. I have some other world bullion coins I like if anyone would like to see them. Anybody else collect these?

Very nice. I especially like the New Zealand one.

The Libertda is a favorite of mine, especially a nicely toned one. I had a opportunity to purchase a kilo round of this design and it was beautiful and a decent price. But... " you snooze you loose"...and it was gone next time I went to that coin shop.

I definitely like the Mexican Onzas. The reverse showing the Eagle/Cactus variations found through the ages is the one that "speaks to me".