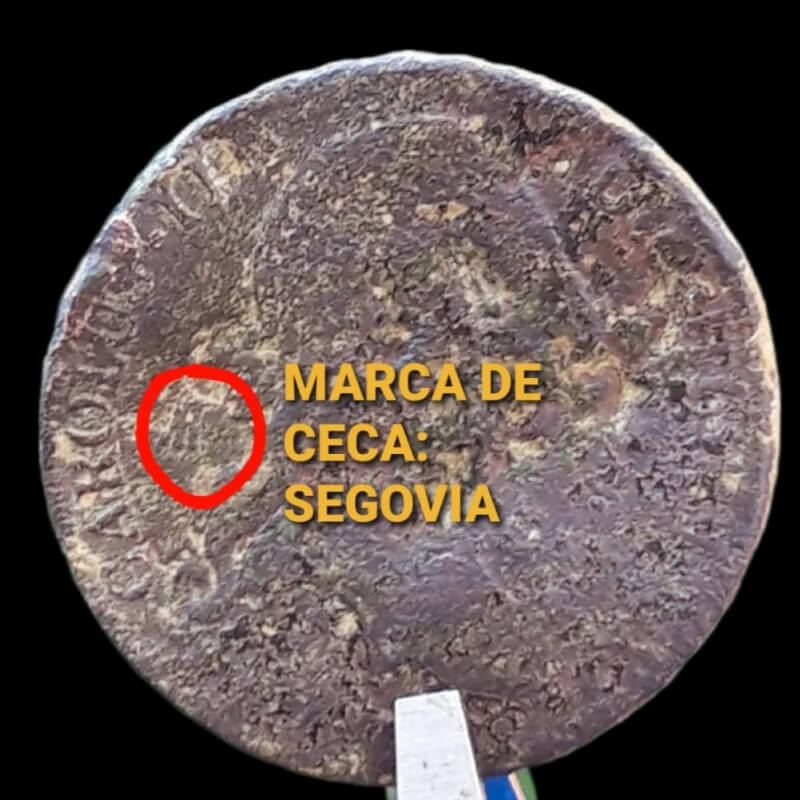 When the state of degradation of a coin makes its study and classification impossible, to such an extent that what we have in our hands is little more than a rusty plate, it is time for forensic numismatics. As in forensic medicine, the remains always provide, to a greater or lesser extent, information that can be very valuable for their identification. Last Sunday, at one of the many stalls that professional numismatists have historically assigned every Sunday of the year in Madrid's Plaza Mayor, I bought a piece that had seen much better times, and I only acquired it because of the challenge that was his classification. I have to say that from what was intuited on the obverse, I knew that it had to be 4 or 8 maravedís of Carlos III or Carlos IV, however I was much more inclined to it being Carlos III. With reference to the reverse, the information was null, due to the enormous quantity of clayey concretions that it accumulated. Therefore, regarding this piece, I had to confirm that it belonged to Carlos III and also find out, if possible, the mint, the year of minting and the face value. Below I attach the images of the state in which I bought it and how it turned out after a thorough cleaning with specific fiberglass punches for this purpose, and the application of microcrystalline wax to stabilize the piece and enhance the reliefs. Conclusions: These are 8 maravedís (this data was provided by the weight and diameter), from Carlos III, from the Segovia mint and minted in 1776. Finally, I am attaching a file photo of another identical coin, but in a magnificent state of preservation. 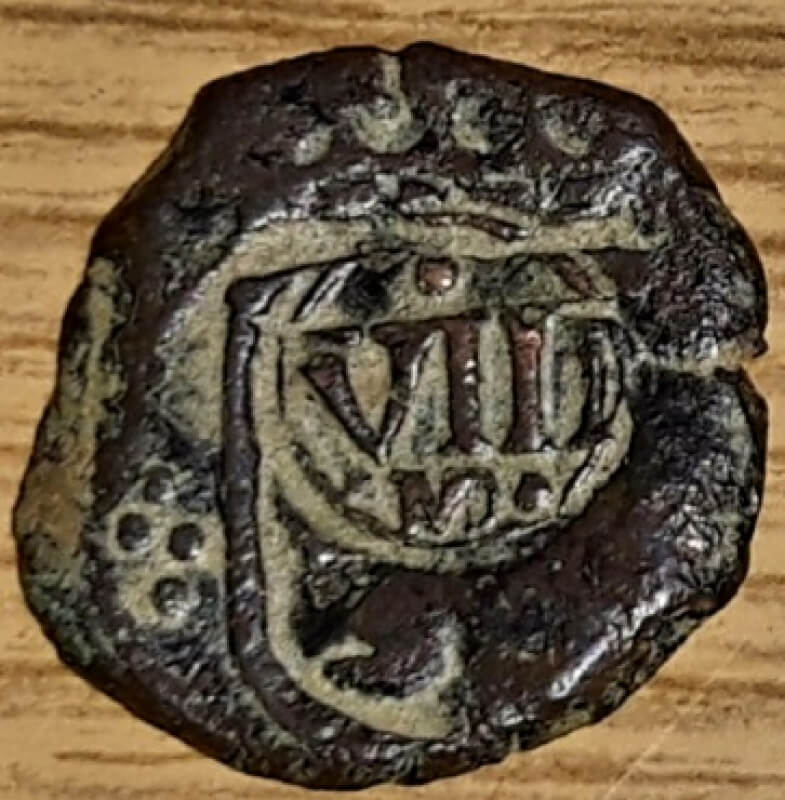 1° Eight maravedies of Philip III or IV of the 1602-1626 series with counterstamp to VIII of 1641 minted at the Madrid mint. 2° Two maravedís of Philip II with three counterstamps: 2.1 Restamp to III of 1603. 2.2 Counterstamp to VI of 1636 minted in the Burgos mint. 2.3 Restamp to III of 1655. My thanks to Gregorio Cortes, colleague from Colombia, for his invaluable contribution of documented information.Enviar comentariosOtras personas también buscan 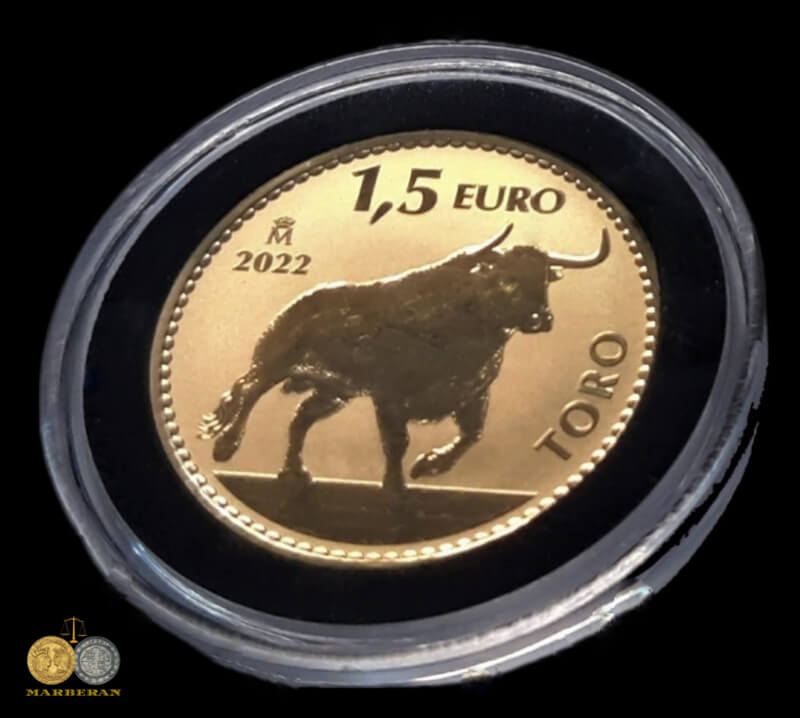 The FNMT pays tribute to the Spanish fighting bull with this Troy ounce of gold (31.10 grams).I have to say that the piece in hand is spectacular.As I took the photographs, I discovered new details, so I recommend spending some time looking at it and enjoying it carefully.As numismatics and history always go hand in hand, the design corresponds to Cetrero, a bull from the El Ventorrillo ranch that was fought in the Plaza de las Ventas in Madrid on May 12, 2017, by the right-handed Morenito de Aranda .DESCRIPTIONThe Onza del Toro 2022 is the second investment gold coin historically minted by Spain.It has a face value of 1.5 euros and contains 1 ounce of 9999 fine gold.The reverse of the coin shows the image of a bull in an advancing attitude, with the Mint mark and the year of minting 2022 to its left.On the right side, the legend TORO. At the top, the value of the piece: 1.5 EURO. Surrounding the images and legends is a graph of pinions.On the obverse we see the representation of the motifs and legends of a royal column on a sea with waves, with the motto 'PLUS VLTRA'.In the upper center of the coin appear the Mint mark, a five-pointed star, the graphic symbol of the euro and the silhouette of the column.The legends 'FELIPE VI KING OF SPAIN' and '1 OUNCE 999.9 GOLD'.The motifs and legends are also surrounded by a gráfila of pine nuts.