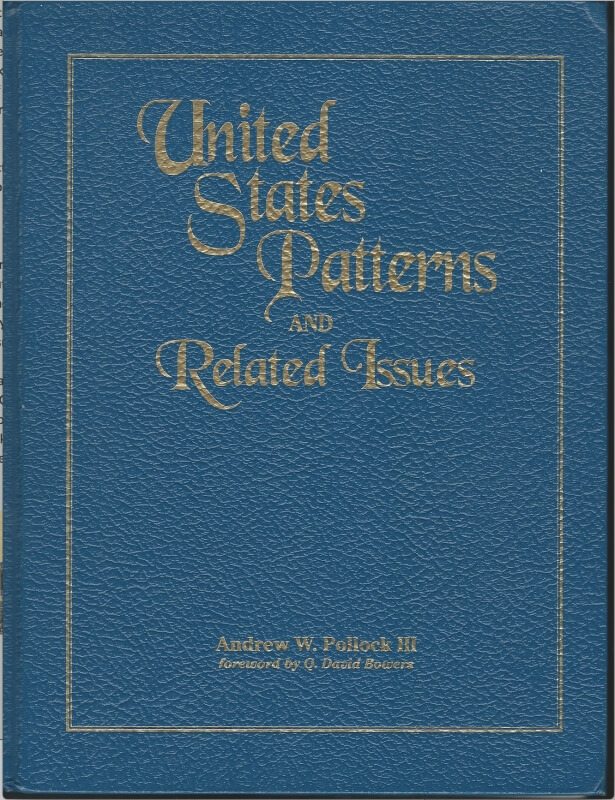 09 Apr 2018
BUY THE BOOK BEFORE THE COIN headlined an advertisement in the March 1966 issue of The Numismatist. Aaron R. Feldman offered 25 titles, some of which were classics then as now: Sheldon, Beistle, and Bolender. Don Taxay's book on counterfeits (1964) was a new addition to our knowledge base. The Friedberg family was still in its first generation with Paper Money of the United States.
(An earlier version of this article originally appeared in the Winter 2008 issue of the MSNS Mich-Matist and is archived at www.CoinTalk.com, here. )
Today, the self-styled "bibliomaniacs" of numismatics easily recognize Aaron R. Feldman (1894-1976) as an iconic literature dealer. He said, "I've always thought that if a man doesn't own one coin, but has the knowledge that is in the books, then he's a real numismatist." However, Feldman himself owned many coins.
After returning from World War I with a mustard gas injury, he worked in his uncle's millinery business. As an astute businessman, his serious collecting began during the 1930s. Like most, he began with standard U.S. issues but soon discovered the untapped markets in Civil War Tokens, Hard Times Tokens, and Presidential Inaugural Medals. He bought whole collections and became known to the dealers. Feldman then moved into paper money, assembling an admirable inventory of U.S. Large Size notes under the tutelage of George Herbert Blake (1858-1955) who was called "the dean of American paper money."
The depth of Feldman's interest can be gauged by the fact that he wrote an article for Coin World (Dec. 22, 1961), "Irish Revolutionists Issue Freedom Bonds." The sidebar called him an "avid paper student." Whatever his other interests, this is the only article attributed directly to Feldman. His influence was personal.
He lugged his books to ANA conventions. He entertained customers at "the world's smallest coin shop" amid the diamond merchants at 1220 Avenue of the Americas (which natives always have called "Sixth Avenue").  Q. David Bowers has fond memories of the little store. "He had a small cubicle in the NY Diamond Exchange just off 5th Avenue, where he went during weekdays. It probably measured no more than 8 feet square, with diamond dealers and jewelers all around him. I knew him well and visited many times."
In 1991, the Numismatic Bibliomania Society raised $3,000 for an endowment for the ANA convention exhibit awards.
Aaron Feldman was a member of the ANA, the ANS, the Empire State Numismatic Association and many other coin clubs over the years. Successful in business, Feldman could afford to indulge his passions. He was known to sell books at cost to beginning collectors.
Feldman endured Parkinson's disease in his declining years. He closed his shop and did business by mail. When it came time to sell off his literature collection to meet his medical expenses, he was caught by bad timing.
His own favorite literature dealer was Frank Katen (1903-2001) who has been called "the pathfinder of American Numismatic Bibliomania" and the "Moses" of numismatic literature. Unfortunately, Katen could not handle Feldman's collection immediately. So, impatient because of his failing health, Feldman consigned his library to Swann Galleries, another specialist in books. But Feldman was not impressed with Swann's appreciation of numismatics as a specialty. Like many coin dealers, their auctions had, in fact, treated coin books as "throwaways." Nonetheless, George S. Lowry, president of Swann's was happy with the results: the sale grossed $13,000 (November 29, 1973), which, relative to the price of gold or gasoline today would be like a quarter of a million dollars. However, for Feldman, it was a disaster.
Boxes of 19th century auction catalogues, back issues of ANS and ANA publications, cartons of catalogs and ephemera from Wayte Raymond, James Kelly, Morton and Jospeh Stack, and Max Mehl all went for fractions of the pre-sale estimates. The two-volume Saxonia Numismatica by Wilhelm Ernst Tentzel, written in German and Latin and published in 1708, sold for $275. Writing this in February 2008, I found the same books for sale from a German dealer for €350 (about $510-$520). Compared to gold and gasoline, these books remain greatly undervalued.
Literature is a tough sell. Coins are shiny; gold and silver are hard money. When you hold a 20¢ piece you can imagine what it bought in 1875. But if coins are "history you can hold in your hand" then without the history, all you have is a melted rock. The imagery, the iconography, the devices and legends, all lose meaning.
Collectors come to the bourse floor armed with price guides, Greysheets, Red Books, or armed with phones and tablets connected to the Internet. They want the best prices - and rightfully so. It is an immutable law of economics that price is a matter of supply and demand. With old coins, the supplies are more or less fixed. All that changes is the demand. Demand begins with literature. One collector writes an article for a magazine. Another collector creates an exhibit. Someone else gives a talk at an ANA convention. Eventually a book comes out. At every step, from original research, to the sharing of information, to the reading of good books, each aficionado enjoys profits not available to later buyers and sellers. The people with the price sheets are the last in line. They pay for the profits not realized in the sales of rare books.
It is perhaps unfair that collectible books are not prized more highly. The advantage is that almost any book at almost any price is a bargain. You cannot buy them much cheaper. The profits come from knowing what is between the covers.
Sources
Bowers, Dave, email to author, Wednesday, December 26, 2007 11:13 pm
Feldman, Aaron, "Irish Revolutionists Issue Freedom Bonds," Coin World, December 22, 1961, page 56.
"Frank Katen, 1903-2001" The E-Sylum: Volume 4, Number 5, January 28, 2001, Article 2. http://www.coinbooks.org/esylum_v04n05a02.html
Smith, Pete, "Names in Numismatics: Feldman Promoted Numismatic Literature," The Numismatist, December 1998, page 1373.
"Aaron Feldman dead at 81; famous for book advocacy," Coin World, April 7, 1976, pg. 3.
Hamburger Antiquariat Keip GmbH, Grindelhof 48, 20146 Hamburg, Germany http://www.antiqbook.de/boox/ham/266999.shtml
"Aaron Feldman: Buy the Book Before You Buy the Coin," https://www.cointalk.com/threads/aaron-feldman-buy-the-book-before-you-buy-the-coin.129198/)

Great advice for any collector. There is more info coming out, more books, & collectors need them for reference.

Nice article. Thanks for sharing! I agree with "SUN", I get just as excited about adding a book to my library as a coin to my collection too.

We can never have too many numismatic books! It's true Buy the book before the coin. I guess that saying has been around along time! Thanks for all the information!

I get just as excited about adding a book to my library as a coin.