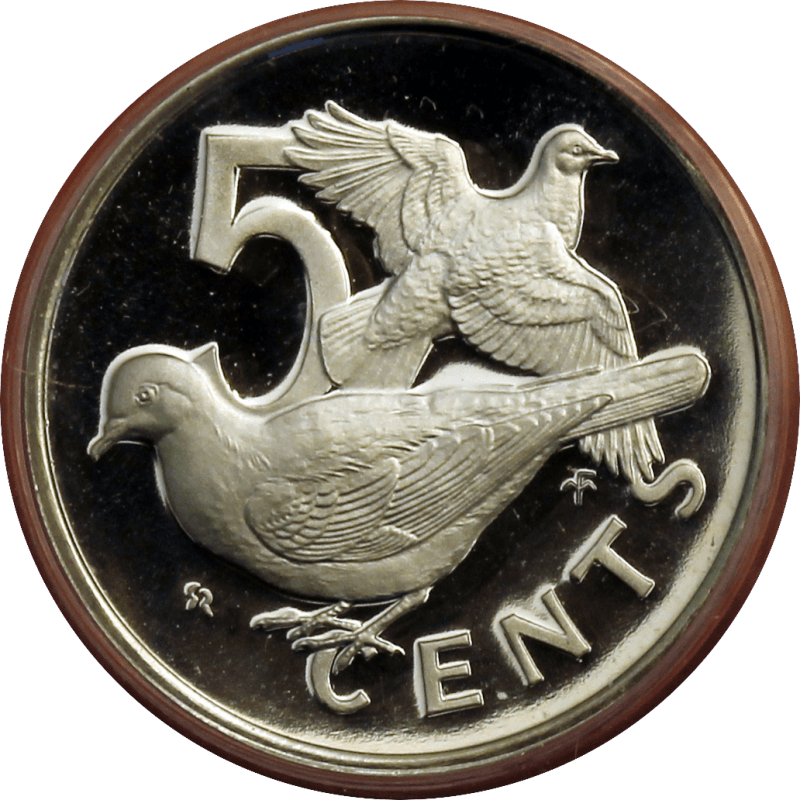 Speaking of the British Virgin Islands (which is not Barbados),  my family asquired these nice 1975 Proofs that were minted in the Fraklin Mint, and we had them graded at ANACS.

The 25 cent was graded Proof PF68.    Often these kind of Franklin Mint sets are as much of Franklin Mint production as a national legal tender set.   The initials of Gilroy Roberts, who designed the reverses, also worked on the Kenedy Half.

https://billhicksisdead.blogspot.com/2012/04/sucker-born-every-minute-franklin-mint.html
The British Virgin Islands are east of Puerto Rico and far north of Barbados.  BVI citizens are actually British citizens,   The Islands are wealthy from the financial businesses that give off shore licenses to businesses and such. and is a tax haven.

The coins from The Franklin mint are very nice. The Danbury mint keeps sending me messages about there coins and statues. They use legal tender coins but we know they have all be cleaned and detailed. There statues with the coins are beautiful. But there also very expensive. If I bought one of those statues my wife would say something else to dust!!.

Very beautiful coins. At first glance I thought that was a Kookaburra bird. Thanks for the history lesson.

The kookaburra's are another GREAT coin series, but that is huge bullion silver.

Could you kindly use words. We have members that are between 5 and 18. Most of them don't go to sites we speak English so we can all understand it would be a great help.Many are not computer savvy as you are. I wish I was. Thanks allot!

Dear Michael Sorry for using language in a way where is caused discombobulation and befuddlement. I try not to encode my chirography as other do and keep my writing lucent, resplendent, and legible.

The Franklin Mint made some beautiful sets in the day. Wasn't Gilroy Roberts one of their principle artists?