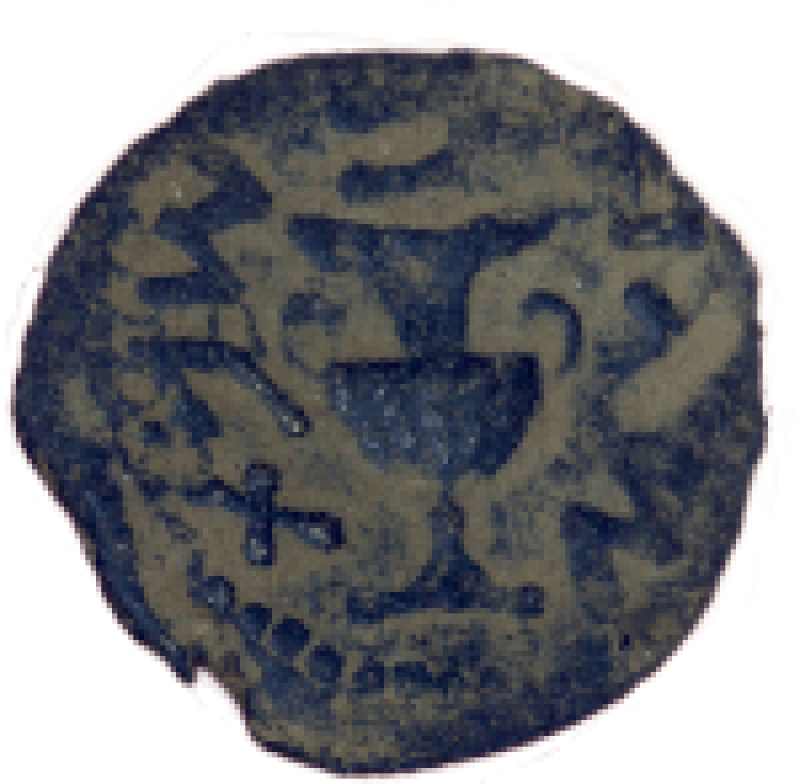 I had a chance to acquire an signed copy of David Hendin's latest edition of Guild to Biblical Coins 6th Ed at the New York show.  The text was not particularly cheap but I was happy to buy it from the vendor I enjoy  supporting.   Although the text is published by a rival Numismatic group, I hope I am not disturbing any  primordial forces mentioning it here and doing a bit of analysis.

The text itself is an substantial compendium of  ancient coins, a lifetime worth of work.   It is filled with detailed historical and even theological information which forms the background  necessary for one to gain real appreciation of the ancient coins associated with the Hebrew Bible.   Hendin's text has biographies of the despots and rulers, Jewish or not, that impact the times of this coinage.

It is hard to comprehend, being that our lives are so short and our civilization is still so young,  how many eras of civilization that Hendin's  text  covers.  We start with the beginning of money itself, when the Shequal mentioned in the Torah was not even a coin, but a measure of weight.  When my father Abraham brought the Cave and the fields of Machpeleh (×ž×˘×¨×Ş ×”×ž×›×¤×ś×”) for 400 shequals of silver  Avraham Avinu weighed the silver.   It says so in the text.

Recent discoveries reported in The Biblical Archaeological Society prove that weights were used during the first temple period establishing that coinage had not yet taken hold.   The discovery of a two sheckel  weight weighed about 23 grams was reported.  This weight is consistant with other sources and artificats [1].    Weights slowly evolved into shequal coinage, but the bible,  Mishna and Talmud uses a dizzying array of ancient coinage types and drops terms for money without definition all about the oral and written traditions.   There is even a whole tractate in the Talmud dedicated to the Sheckel as it was used, not just as general purpose coinage, but also for the annual tax used for the funding the Temple (Beit haMikdash) itself, and for taking a necessary census of the population without counting the people themselves (which was prohibited).   Within it there is discourse and disagreement as to weights and even the nature of financial transactions.  Hendin dives into this material with reasonable expertise which is complimented by his unparalleled knowledge in ancient Judean coinage.

As is common in a text such as this, some of the most important chapters come right at the beginning, before the specifics of endless numbers of coins.  This is less true in the Guild than in many other such texts as Hendin subterfuges the entire text with important information, but it still holds that the introduction contains vital research on the methods of David Hendin's education in the field, and the basics of what these coins mean to us today and to the peoples of the epochs being discussed.

The hardest part, I found, was trying to understand the relationships between different coins and I had to fill in some outside information in order to really understand what the Guide was trying to say.  In some cases, though, I have to conclude that there are editing errors in the text, or perhaps noted inconsistencies in the source material which should had been better annotated.  I am used to scientific and medical journals where material is deeply and mathematically analyzed before publication.   Numismatics, while interesting and worthwhile, doesn't really hold up to this kind of rigor.  The focus is in on coins, their histories and values.   Fewer scholarly journals are produced on these subjects than auction catalogs and auction catalogs are often the primary source for information on coinage in scholarly journals.  In some ways, this is similar to early paleontology, or art history, and reflects both the collectors focus within the study of Numismatics,  and its historical place as a separate area of study in the humanities.

We are lucky to have David Hendin and to be able to commune with him in his lifetime.  Like many important scholars, David is a product of considerable luck in his time and place of birth.  He was lucky enough to be a young man after the 1967 unification of Jerusalem and Israel under Jewish rule, and that allowed him to navigate within the old city of Jerusalem and the surrounding Judean and Sumarian hillside country before it became politically and legally impossible to collect coins in these areas.  At the same time, he developed strong relationships with Arab experts on Jewish artifacts and Jewish coinage in a way that is increasingly difficult.  It is hard to build this kind of trust today over the cultural divides and international interference doesn't make it any easier.  David gives a discourse in his text at what is legal and illegal in the collecting of coins from Israel today.  It is not as easy to legally remove bags of coins from the country as in years past.  Every coin now needs to be documented in detail and if you want to walk out of the country with coin in hand, the coins need to be reviewed by Israeli agencies for quite a period of time.  One can not just strike a deal with a licensed broker today and leave the country with a coin, as was true in days past.  So the accumulated knowledge that David Hendin shares with the community is not just a precious resource, it is actually unique to him.  There are others, but nobody with the combination of scholarship, documentation and hard work as David, and we will never have a window of opportunity for this to happen again in our lifetime.  I. myself, have only had a single opportunity to meet David in person.  I purchased my first ancient coin from him at the New York  International Show in the early 2000's, perhaps about 2007.  That coin, along with the rest of my collection was stolen, but you can still find it at http://www.mrbrklyn.com/herod.html .  He insisted on explaining the coin to me in detail.   Unfortunately, at the time I completely didn't comprehend what he was telling me, but I am learning.  At the time, I had no idea even who he  was, and at the same show I met Steve L Rubinger of Antiqua coins,  Those are lost opportunities to learn from the maters.  David's Amphora Coins URL has been delisted from the internet. which is sad.   He no longer runs regular business.


Pouring over the coinage valuations is hard.  There is discussion of money changers, but over these centuries, money is more of a free flowing concept then we are used to thinking.  10 dimes is always a dollar in US currency, and in ancient Judean currency 256 Prutah is a Shequal, except when it isn't, and that is the rub.  Values of coins relating to each other and even official weights can change over time.  Additionally, Judea and Israel often had no real mint, or just depended on superior foreign currencies, especially to Tyre Shekel which was reportedly of superior silver quality.   And then there is roman and Greek and Persian coinage, the colonial rulers of Eritz Yisroel and Yedudah and THEN the Bar Koflka rebellion over-struck TetraDrachums ... coins the traditional size of four shekels, as single sheckels.    As such, it is very confusing what coin values are at face value.  But I went to the trouble of compiling a complete list, at least as extrapolated from Hendin's text

This blog doesn't do a good job or formatting lists so I will write it here and then give you a link to a better formatted copy of this data.  These coins are all expressed as traditional Shekel values

1 Shekel is equal to

One Bar Kofka Shekel is 4 Traditional Shekels or a Zuz

I hope this is correct

That all being said, these are some of my recent pick ups for Judean Coins

OK - it should read cleaer now..

Amazing blog. Very detailed study. Thanks. I will be reading this again.

Iw ill likely rewrite it as well, so we are even. Some essays just don't go down easy.

I'm going to appreciate what you lost and l'll give it to you triple . You are astrong man and I know you are going to go further .

Those are wonderful coins. Sorry about the stolen coins :( Nice blog and thanks for sharing!

Very sorry about your theft. It must of hurt allot. Great story and history. My friends collection was stolen. I told him stop shooting your mouth off. He thought who he was! He told the wrong guy. Never recovered a cent. He had trade dollars high grades Morgan's ,Peace. Very rare coins. Now not a cent. Thanks for the blog.

Great coins collection story ..... In old sinagogues there is a rabbinic tradition to give a coin like these ones to visitors after pesaj . Considered as a token to God . Wonderful $$$$$$ ....