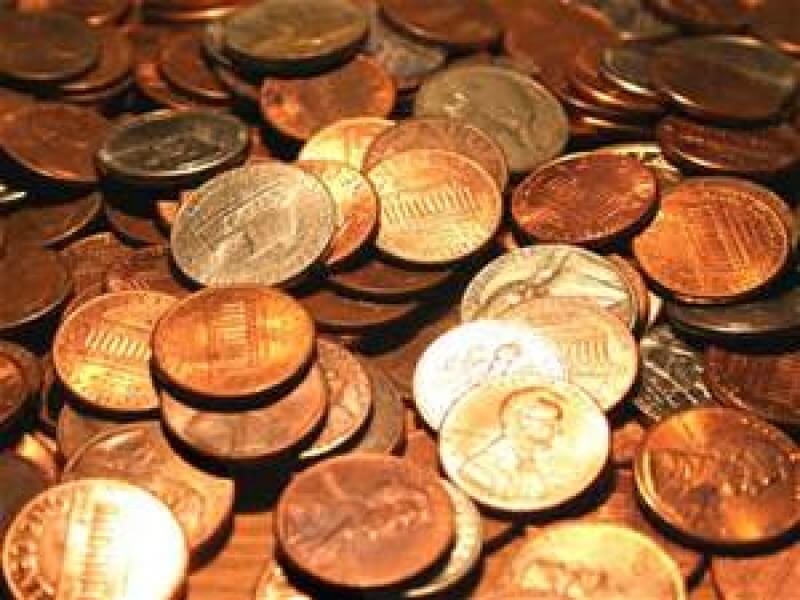 Should the US government stop producing pennies or should it continue making them? This remains an unresolved question to this date as there are people on both sides of the argument. There are notable points that both sides make. I will now list them and also describe them.

The Supporters say-
-Pennies are less costly to make than nickels, as 5 pennies, costing 6.3 cents to make at 1.26 cents per penny are less cheaper than nickels, which are cost 7.7 cents to make.
-Prices will increase because all purchases will have to be rounded to the nickel. so as the few cents per purchase add up, annually, a lot of money is lost.
-The unprivileged pay the most because smaller purchases need more rounding up, therefore the extra cents really cuts into their budget
-Small charities will get less income of donations because people will not easily part with their nickels whereas pennies are more easily donated.
The Opposition says-
-Inflation has risen so much that nothing can be purchased with a penny, so there is no use of continuing penny production.
-Using pennies in transactions is more time consuming because it takes more time to fumble inside your pocket and take out the 2 cents in change.
-Minting pennies wastes time of the US Mint because the mint has to make 20.27 million pennies everyday. But if they stopped production then the workload of the mint would be reduced greatly
These are some of the arguments each side has to offer. In the end, its up to you whether to be support or oppose this issue. So what is your opinion?
Sources- www.coins.about.com
Image- bing images

I don't think the cent, "penny," will ever be retired, just bec of the tradition.

I have always loved the penny! Maybe just not make as many?...

If you look at everything civics the economy jobs you will find you just can't say let's get rid of them. It will have a reaction a cross this country. An impact you will not believe. Just cut back. Since when is everyone so concerned about a cent. Don't tell me price. Because if you do you didn't do your homework.

It will be a sad day for all collectors when the penny is discontinued!!!

I think pennies are useless and we should have 2 or 3 cent pieces back and make pennies just for collectors.

I Love pennies, it will be sad to see it go.

Why are people saying ' penny' it is cent and I think it should be there for only collectors like CMCC said.

I think that it would be fine if circulation-strike pennies were never struck again, but I would like collector-strike pennies, like modern half dollars and dollars.

according to the numismatist, denmark is stopping production of both coins AND paper money in a few years.

I had actually read about that.

Being a copper collector, I love pennies... PLEASE DON'T STOP MAKING THEM!!!!

To me, what wink said is interesting but not very relevant. What if all technology crashed and took months to fix? We would be out of money!!! that is just my opinion.

Whoa @WinkWink! you have bought a entirely different solution to this discussion. Going electronic would be a drastic change which I'm sure some of the public will protest to. And also, the online currency system is vulnerable to hacking, which will in turn produce more hackers, which will lead to more internet fraud

Hey Guys, I hate to point out he white elephant in the room. Technology has "virtually" made currency and coinage obsolete. I predict that in the next 10 years congress will be considering going entirely electronic. They will argue cost, they will argue that all lawful trading can be conducted electronically, and that cash is the common enabling factor in the vast majority of criminal activity. If it were to pass, all minting would be for the collector, and denomination would become arbitrary, as with the existing bullion programs of the world, Then since we will be paying a premium to the mint, perhaps we of the ANA will be able to persuade them to mint us some 1/2 cents, and large cents and 2 cents and silver trines. personally, I would vote we go back to copper cents, silver dollars, and the gold standard and see what happens to inflation then. And tell Big Brother, and Congress to go take a flying vote at a rolling budget! Whoa, sorry to get all Barry Chapel on ya there. My Vote: Bronze Flying Eagles please ! Wink

@WinkWink I love the Barry Chappel reference. I get a kick out of his rants. A lot of it is true but it would help his arguments if he got some current charts and articles. Nothing like checking his prices against the redbook. Relaxes me late at night.

Amen to that @Amanda Varner :D

While I agree with @WinkWink in general, I would be shocked if Congress even proposed such a measure in the next decade. You know how slow politics and politicians are to change ...

@user_9998 I see that you are confused :) I was too at first but in the process of writing I realized that the penny could be retired, but to completely. As Gary said, pennies can be minted for collectors so it satisfies both sides

I don't really know... inflation has gotten us far away from penny usage. Is there any point in keeping it? On the other hand, the penny has been here since 1793. This would mean breaking the streak that the Penny holds as the longest-living U.S. coin. Hmm...

@coinsbygary I totally agree with you because eventually, the penny will be discontinued. But the thing is, many americans love lincoln on the cent and they think that its "american" and it would be disrespectful to retire the penny

The half cent was minted on behalf of the underprivileged of the late 18th/early 19th centuries and eventually met its demise for some of the same reasons the opposition uses like inflationary pressures. Eventually the cent will meet its demise and maybe sooner since Canada recently discontinued minting cents for use in their country. Currently I am divided on the issue and can see both points of view. Like it or not, I believe the discontinuation of the cent as a circulating coin is inevitable. The only question now is when. Eventually the only coins I see for use in day to day commerce are the nickel, dime, and quarter. Circulating dollars are a pipe dream and half dollars don't circulate either. Maybe the mint will continue to mint pennies for collectors like they do for dollars and half dollars. That will work because collector coins sell for a premium. Gary

This is a great discussion. If anyone here is interested in being interviewed for a documentary on the American penny please feel free to contact me at dearpennyfilm@gmail.com. Thanks, Rich dearpennyfilm.com