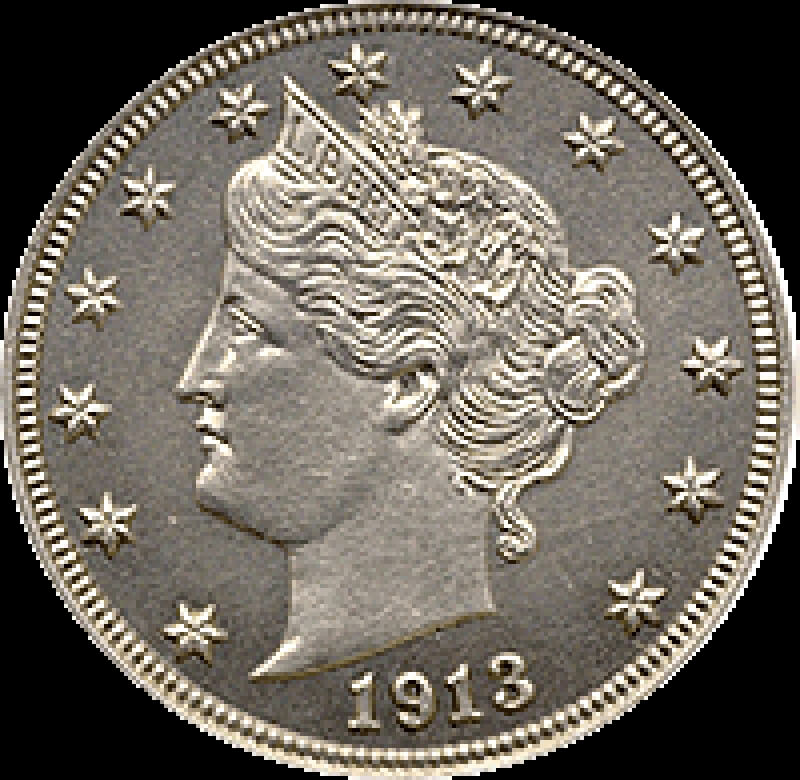 It was the year 1913. Every person was searching through their small piles of coins for a hyped up 5 cent coin that had been publicized all over the US. I'm talking about the 1913 Liberty V Nickel. It was said that only 5 examples got out of the Mint. Many theories were developed as to how these coins made it out in the public. Some say that the pieces were struck as test pieces while some say that someone accidentally minted 5 coins before the dies were destroyed to be replaced by the Buffalo Nickel. And also this was during the Great Depression, in which a collector named B. Max Behl of Texas offered a huge reward of 50$ (During those times 50$ was a enormous amount of money) to the person who found the nickel. This led to the nationwide hype of the coin. Most of the pieces were sold quietly to private collectors. Million of Americans could be seen stopped on the streets, checking their change for this rare piece of fortune.

I have no comment on the existence of the so called five.

These coins are so cool! I have personally seen one of these and an 1804 dollar at an ANA coin show. Was so cooool!!!

Very cool! Thanks for sharing!

That's a cool piece of history thank you for sharing!

Oh never mind i noticed it

Ill just remove the tags then

The image is the Eliasberg example. Can't get the badge cuz you cannot tag it.

I know! No wonder why no one has this badge!

Thanks for the correction @Numinerd9. I see your point and I have corrected my blog post.

Nice one Nach, Going for the Badge? No one has it yet....

Only FIVE examples of this coin were made - just five, not six. So much hype and speculation in the early 1920's fueled public belief that a sixth copy had to be out there as well. It stands to reason - think of everyone searching their change for something they could've made $500, $600 from - especially during the depression era, which was right around the corner. I probably would've even believed a sixth one was out there too at that time. (Think about it carefully - Wouldn't a big money coin like that have surfaced at some point if it existed? It would've had to have changed hands at least once within that time frame, so it's pretty near impossible that a sixth one is out there.) Of course, I will still have to answer questions from people who tell me they have "the sixth example," just as I'll have to keep having people call me about their 1943 'silver' pennies! Another day, another dream to crush. (sigh)