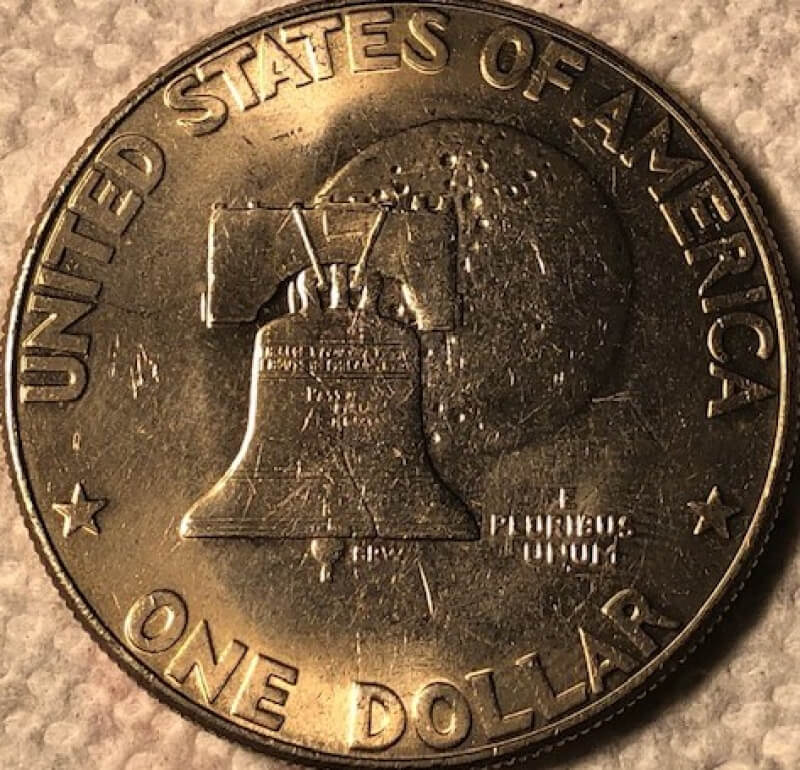 Earlier this morning I updated my Eisenhower dollar collection. I recently purchased the 8 bicentennial dollars to add to my collection and am just now getting around to updating it. Last month, my supervisor gave me a circulated 1971 Ike which I also added. I will soon get around to placing them all in slabs. The 1971 isn't as "nice looking" as the bicentennials, but it has more meaning to me because of how I obtained it. The 1971 coin has a mintage of 47,799,000, it's composition is 91.67% Copper, 8.33% Nickel (clad), it was designed by Frank Gasparro who also had a hand in designing the Kennedy half dollar. It weighs in at 22.68 grams and is 38.1 mm in diameter and has a reeded edge.

Dwight D. Eisenhower was our 34th President, and was one of only 5 military generals to achieve the rank of 5 star general. Omar Bradley, George Marshall, Henry Arnold, and Douglas MacArthur were the other 4 generals to achieve this rank. It's one of the reasons that "I like Ike"! According to the Eisenhower dollar guide, "The 1976 Eisenhower Dollars are found with two distinct varieties, identifiable by the style of lettering on the reverse of the coin. Type 1 coins use bold, block lettering, while Type 2 coins use thinner, more delicate lettering. The first type was produced primarily during 1975 and the second type during 1976. Among circulation strikes, the Type 1 variety is more difficult to find in higher grade, particularly for the Philadelphia issue."

As always, please enjoy the pictures, and stay safe and HEALTHY!

P.S. The one picture is of me and my "supervisor" taken on 3 June 2006 while we were out for dinner!

Iconic Dollars for sure!

As the political button says, "I like Ike." This button pretty well sums up my feelings about the Eisenhower Dollar!

Great job Charlie. I like Ikes too. Keep it up and good luck.

Nice blog. Collecting Ike's can be rewarding and a challenge.

Nice collection of ikes. I have always liked ikes since my young days. Nice big dollars. I just have a couple brown ikes and a bunch of circulated ikes.

Another fine topic. I've been working on an album of these, filling them with coins from local shops or coin shows only. Not only does it bring back memories of a long gone youth it helps out the little guy exponentially.

Wonderful Charlie, the Ike's are definitely an underappreciated series but being the last of the big cartwheels, will claim their rightful place for sure. If I am not mistaken, Ike also appears on two different modern commemorative coins.

Great blog and Great picture. I think we all look forward to that. Very good read on the coins you did a great job.. Your collection is really coming together. Keep up the good work. And keep your blogs coming I enjoy them!