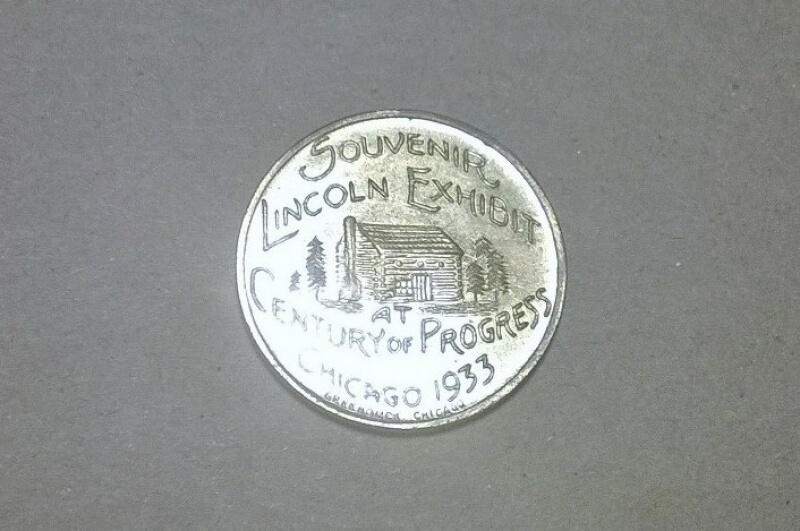 When I first started collecting Tokens and Medals, I became interested in tokens and medals from World's Fairs and Expositions. As I started my collection I became interested in the 1933-34 Chicago World's Fair, "Century of Progress". One of my favorite pieces that I was able to pickup was the token for the Abraham Lincoln Exhibit. Being a Lincoln history buff and Exonumia buff, I was able to bridge both of my interests with one token. The more tokens that I acquired from the Chicago World's Fair the more curious I became about it. So as my collection grew so did my interest about the Fair, I started searching for articles online, magazine articles and books. As I stated in my previous blog post, not only did I have my collection, I also learned a little history to. If you are interested in history, collecting Tokens and Medals offers the collector a glimpse into the past, which is always cool.

Great token! Thanks for sharing it!