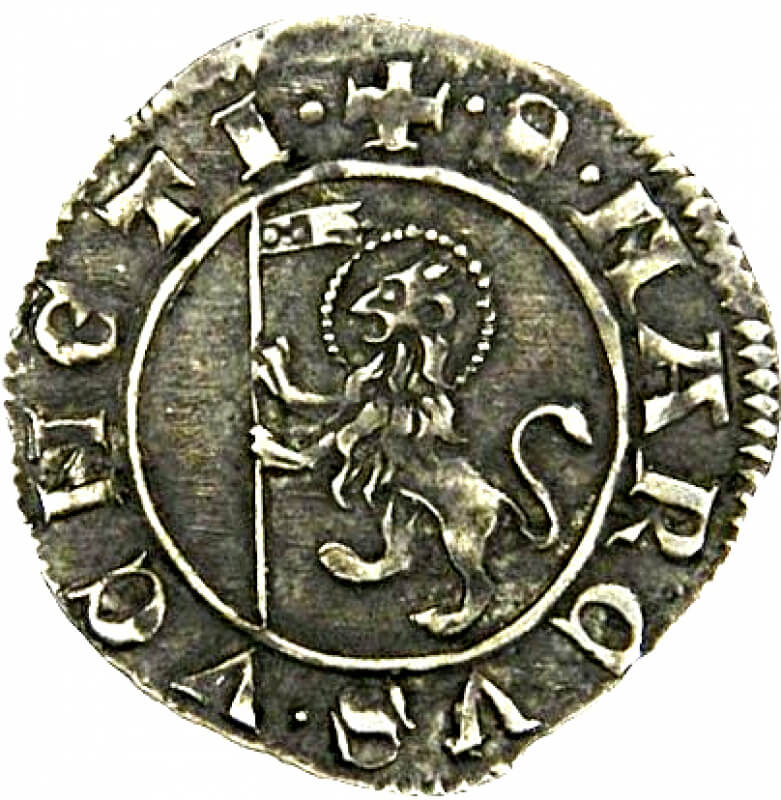 Coinage and History of the Italian Maritime States

Of all the maritime republics of this series, Venice was the greatest.  Militarily, culturally, economically, Venice was above all its rivals on the Mediteranean.  It lived out its name "the Most Serene Republic" in comparison to the others. Venice played the greatest role towards the course of European, Mediteranean and World History.

Venice was first founded in the 7th century, after the fall of Rome.  Unlike other cities in the region that could point with pride to being Roman allies or territories, Venice had a different pride.  They took pride in their lagoon; out of the water, they had built a grand city, perhaps one of the most beautiful of medieval Europe.

Venice played a leading role in the Crusades, Mediteranean trade and in wars with the ascendent Ottoman Empire.  The Venetians Doge (elected president), Enrico Dandolo*, led the forces of Europe on the infamous 4th Crusade, which ended up sacking the Christian city of Constantinople.  After the fall of the Byzantine Empire in 1453, Venice rushed into the void, reaching his highest peaks in the late 15th century, with trading posts across the Eastern Mediteranean.  To reach this high point, Venice defeated its chief rival, Genoa in a series of wars during the 14th century.

During the wars between Venice and Genoa, Venice struck a 1 Soldino coin (1/20 Lira).  This coin was only struck for eleven years, from 1343 to 1354, much less time than most other coins of the time were issued for.

On the obverse, is Doge Andrea Dandolo, descendent of Enrico Dandolo.  Andrea was the 54th doge of Venice. The coin features him kneeling with a banner.  The reverse shows the Lion of St. Mark, the patron saint of Venice. On the Venetian trading posts across the Mediteranean, the lion would have been emblazoned above the fortress gate, along with the Venetian motto "For the honor and profit of the Republic of Venice."  The coin weighed almost 1 gram and was made of silver.

Venice reached its height in the late 15th century, with territories spreading across the Eastern Mediteranean, with great trading posts at Corfu, Negroponte and Crete.  This expansion was checked at the end of the century by the rising Ottoman Empire. Venice's great trade routes suffered a crushing blow shortly thereafter when the Portuguese reached India by sailing around Africa.  Venice was bypassed and fell into decline, retaining its independence until the Napoleonic Wars around 1800. Today Venice is a tourist destination, with a history steeped in war, economics and grandeur.

*Enrico Dandolo was elected Doge as a compromise candidate, with few expected him to live long, as he was already over 80.  However, he lived 13 more years, leading the 4th Crusade despite being blind and almost 100 years old. He famously landed on the beach below the walls of Constantinople, alone and blind in the face of the enemy.  He finally died while still on the Crusade.

Roger Crowley's City of Fortune: How Venice Ruled the Seas

Just a great series. Thanks..

Thank you for sharing this fascinating history of the Maritime States. I love the design of the coin, especially the very impressive Lion of St. Mark.

Basically they had The same in Britain. .Interesting blog very interesting to me. I have tokens that go back to the 17 century. There great to collect. Nice work!!