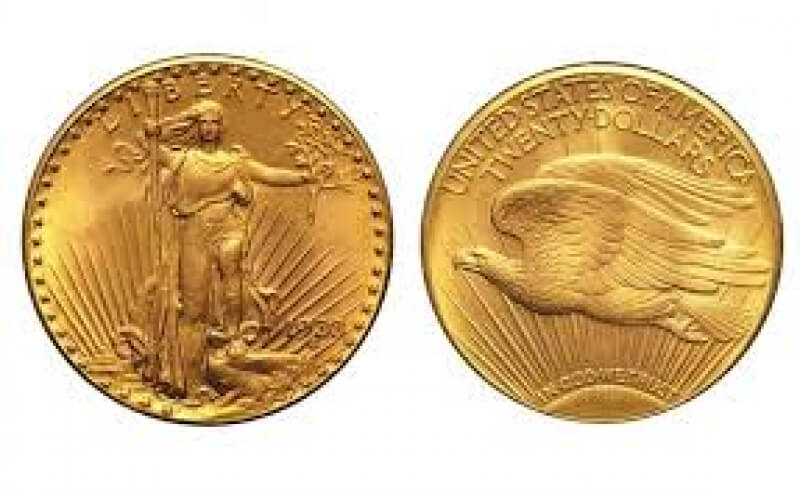 This coin sold for over 300,000 dollars at an auction because the dime had no S. There are only a few known. There are many other no S proof sets that are very valuable.

This coin is worth a lot of money because of the error and it is a very nice coin.

The obverse of this coin is a Washington quarter and the reverse is a Sacagawea dollar. It is the only example of a coin like this and the coins sold for hundreds of thousands of dollars.

This coin has an error that looks like it has an extra leaf on the reverse. This coin has been sold for hundreds of dollars.

Some error coins like the 1943 copper cent, the 1969 double die and the 2004 extra leaf quarter are found in pocket change every day. Some coins like the 1776 continental dollar, the 1933 double eagle and the 1913 liberty V nickel sell for millions of dollars at auctions. Rare and valuable coins are everywhere and are found everyday. Maybe you have a few rare coins.

Thanks for a good blog! You listed some great coins! ; )

I had the famous Cheerio's Sacagawea Dollar but thought it was no big deal and put them in a bank change counting machine. Oddly enough, Coin Star also sent me 2 Sacagawea's at the time of their initial issuance, I guess they were not special, they also went to a counting machine. LOL

Great job. Very interesting blog. I would love to have any of those. Thanks.

There are many expensive coins .The Nations 300 most expensive and rarest coins are in the Smithsonian Institution's CoinVault. David Bower's was given access to it. Some of the great writers and Numisistasit have been in there. Those are the ones I would love to see. It's my Fort Knox. Great blog on some of our greatest coins. There is a U.S. Coin made in 1945 in Denver .Brought to the Philippines by General MacArthur. 1945 D Ten Centavos DDR. Heritage House sold them for 4000.00 MS 67 MS 66 3600.00. I enjoyed your research kept my interest. Thanks.