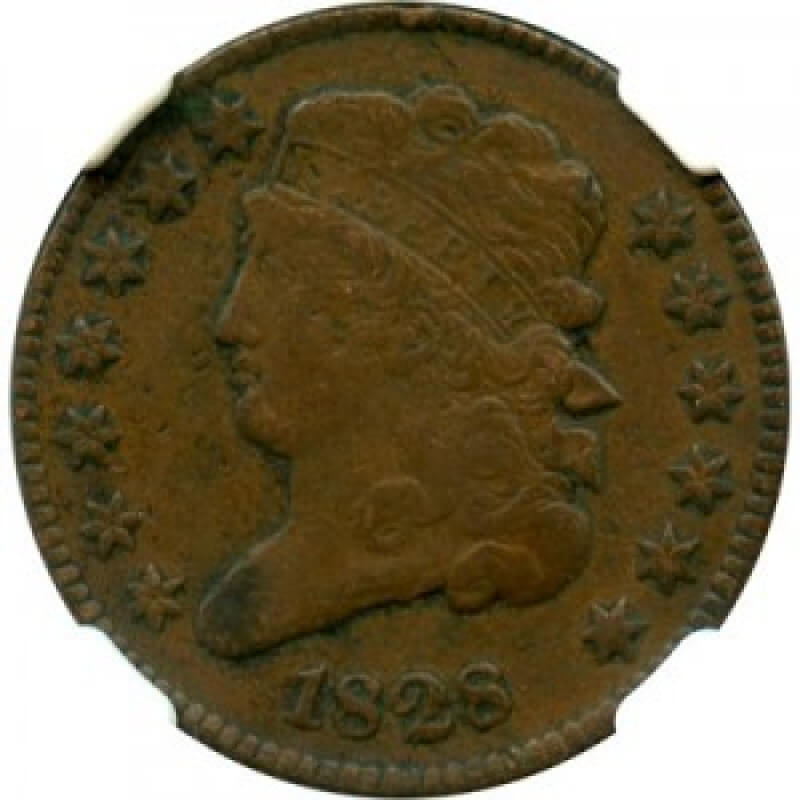 The United States Half Cent was issued from 1793 until 1857.  The first design for it was made by Henry Voigt, featuring Liberty with her hair either being loosely held by a small cap or a large bow, depending on who you ask. The reverse either had a ring of chains or a wreath along with the face value.

In 1794, the coin was altered by Joseph Wright to have a more extravagant wreath on the reverse, and the obverse had Lady Liberty with a Phrygian Cap, which symbolized freedom.

A Phrygian cap was a hat that was made of soft felt or wool, originating in Phrygia in Anatolia, an ancient part of Turkey.

In 1808 John Reich made the Classic Head Design and featured a Liberty facing left and wearing a hat thought to be similar to a crown. In addition, they used a new copper which was more durable.

In 1816, Robert Scot redesigned the Half-Cent, featuring a more mature looking Lady Liberty, and known as the Coronet Cent.

In 1835, Christian Gobrecht decided to make Lady Liberty look younger and put her hair into a braid. This design lasted until the half cent was discontinued.

All of the Half Cents were made of pure copper, or at least however pure the technology of the time could create.

Due to the abundance of items with a half cent as part of its price, the half cent was a necessary part of commerce that due to inflation, later became next to worthless.

The Half Cent was discontinued by the Coinage Act of February 21, 1857.

There were no half cents issued in 1815.

In 1912, Ohio Representative Bullkley introduced a bill that proposed the creation of a new half cent and a new three-cent piece. This bill passed the House on the 6th of May 1912, but did not pass in the Senate.

Nice article. I don't see as many about the early coppers. Just one error the 1793 half cent didn't have the chain reverse just the last be cent.

Hey, could you drop me a follow so I can send you a message? -NM

Well done. I love these old "odd" denomination coins. Very well sourced. I like that. Thank you.

Enjoyed it very much. Thanks

A very concise history, Thank You for your research.

They command such a premium compared to other denominations. They bond colonial American history, large coins, and odd denominations all together in one

They really do bond them all together. Thank you!

Nice blog. Amazing that the half cent was around for so many years, so long ago.